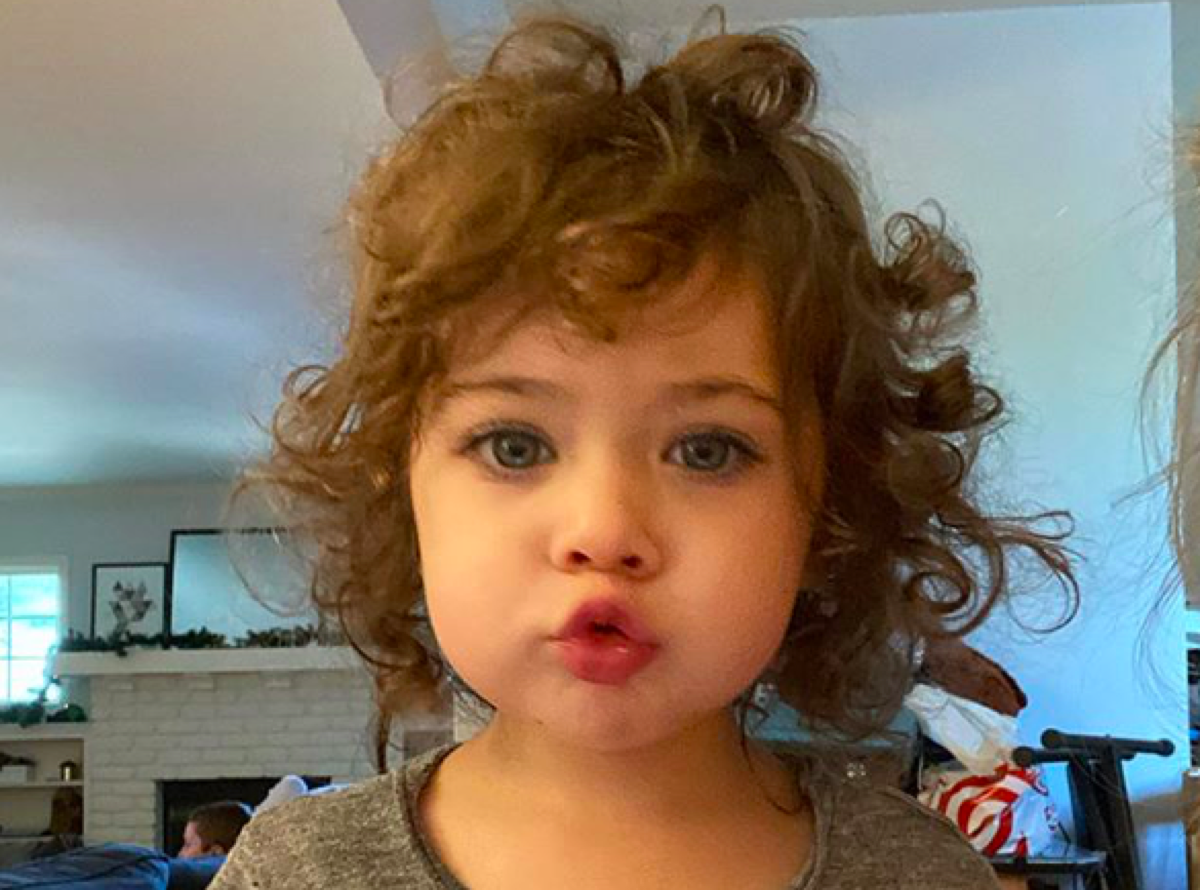 Three and a half year old Dakota could be channeling herself in the future as a young woman taking a selfie and blowing a kiss, with that precious pucker! Curly brown hair is everywhere as well as beautiful blue eyes looking straight at her mommy’s camera.

Emme posts on her Instagram account, “Good morning HAIR. #happysaturday.” If an older Dakota was wanting a straight hair look, then she might consider her morning hair as a bad hair day, but we think it’s just adorable! Undoubtedly, when she gets old enough, Dakota Rose Money will be breaking some young boys’ hearts! We can just imagine how gorgeous she will be as a teen when she’s so cute as a barely past toddler!

General Hospital Spoilers: Dakota Rose Money Has Two Older Brothers And Her Mom Is An Actress And Etsy Shop Owner

Dakota has two older brothers, Jackson Robert Money, born on October 22, 2009, and Levi Thomas Money, born on November 3, 2011. Her parents, Don Money and Emme Rylan, formerly known as Marcy Rylan, have been together for ten years and Emme is best known for her roles as Lulu Spencer on ABC’s daytime drama “General Hospital” where she currently can be seen, and as Abby Newman on the CBS daytime drama, “The Young and The Restless.”

She also played Lizzie Spaulding on the legendary CBS daytime drama, “The Guilding Light.” Emme has also been in some movies, and was born on November 4, 1980 in Providence, North Carolina, USA as Marcy Faith Behrens. She is both an actress and producer, known for “Bring It On: All or Nothing”, “Shevenge” and “Impulse Black”. In her spare time, Emme is also an Etsy shop owner, where she sells jewelry and other items that she makes. You can find Emme on Etsy at “Handmade by Emme Rylan” at this link; https://www.etsy.com/shop/EmmeRylan and see her as Lulu Spencer on General Hospital on ABC.

Other young mothers must be thinking how does she ever find the time? Hint: She makes her Etsy items in between filming scenes in her dressing room at the General Hospital studio, sometimes with her best friend Kirsten Storms, who plays Maxie Jones on GH and has a little cutie of her own, Harper Rose Barash ….hmmm. We wonder if the two bestie mommies’ daughters having the same middle name is just a coincidence?

Watch General Hospital to see Emme in action, and check Celebrity Baby Laundry for the latest news, updates and developments!