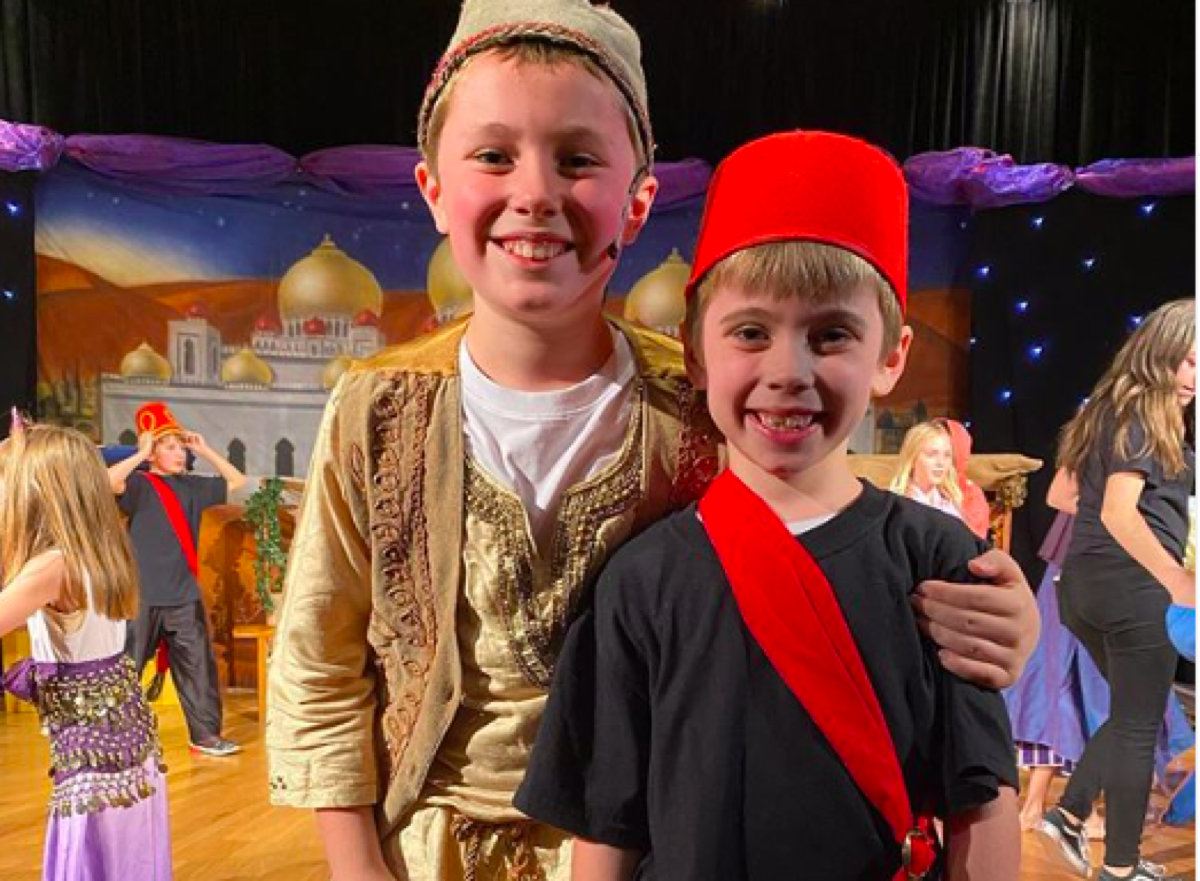 General Hospital spoilers teases that GH actress Emme Rylan’s two sons, Jackson and Levi, are knocking it out of the ballpark in a pint sized production of “Aladdin!”

Apparently Jackson Robert Money going on eleven years old, and Levi Thomas Money, going on nine years old, are following in their actress mom’s footsteps, appearing in a pint sized production of “Aladdin”. Jackson is in the starring role, Emme doesn’t say what Levi’s role is although he is in costume in the photographs she recently posted on her Instagram account.

In two separate posts she has a photo of Jackson and a friend, Olivia in costume, and Jackson and Levi in costume. She posted on the one with his friend, “I didn’t realize how quiet I’ve been here in insta. It has been all family all the time over here! Tonight we get see Jackson as Aladdin and his talented buddy Olivia as Jasmine in their school play! @rosegirl104 I am obsessed with these two! Why do they look so grown up though?? #theatrekids”, and in the one with Jackson and Levi, “They crushed it!!! #theatrelife”.

Emme herself best known for her roles as Lulu Spencer on ABC’s daytime drama “General Hospital” where she currently can be seen, and as Abby Newman on the CBS daytime drama, “The Young and The Restless.” She also played Lizzie Spaulding on the legendary CBS daytime drama, “The Guilding Light.” She is also a producer, and appeared in the movies “Bring It On: All or Nothing”, “Shevenge” and “Impulse Black”.

They crushed it!!! #theatrelife

General Hospital Spoilers: About Emme Rylan And Her Family

Emme Rylan and Don Money have been together for ten years now, and Jackson Robert and Levi Thomas also have a little sister, Dakota Rose Money, born on June 26, 2016. Emme was born on November 4, 1980 in Providence, North Carolina, USA as Marcy Faith Behrens and is also a crafter and an Etsy shop owner, where she sells jewelry and other items that she makes in between filming scenes in her dressing room at ABC studios where “General Hospital” is filmed.

You can find Emme on Etsy at “Handmade by Emme Rylan” at this link; https://www.etsy.com/shop/EmmeRylan where she sells both has handcrafted wraps she calls “Fluffies” and a variety of jewelry items. She plays a fierce single mom named Lulu Spencer to her two television ten year olds, Rocco Falconeri, played by O’Neill Monahan, and Charlotte Cassadine, played by Scarlett Fernandez.