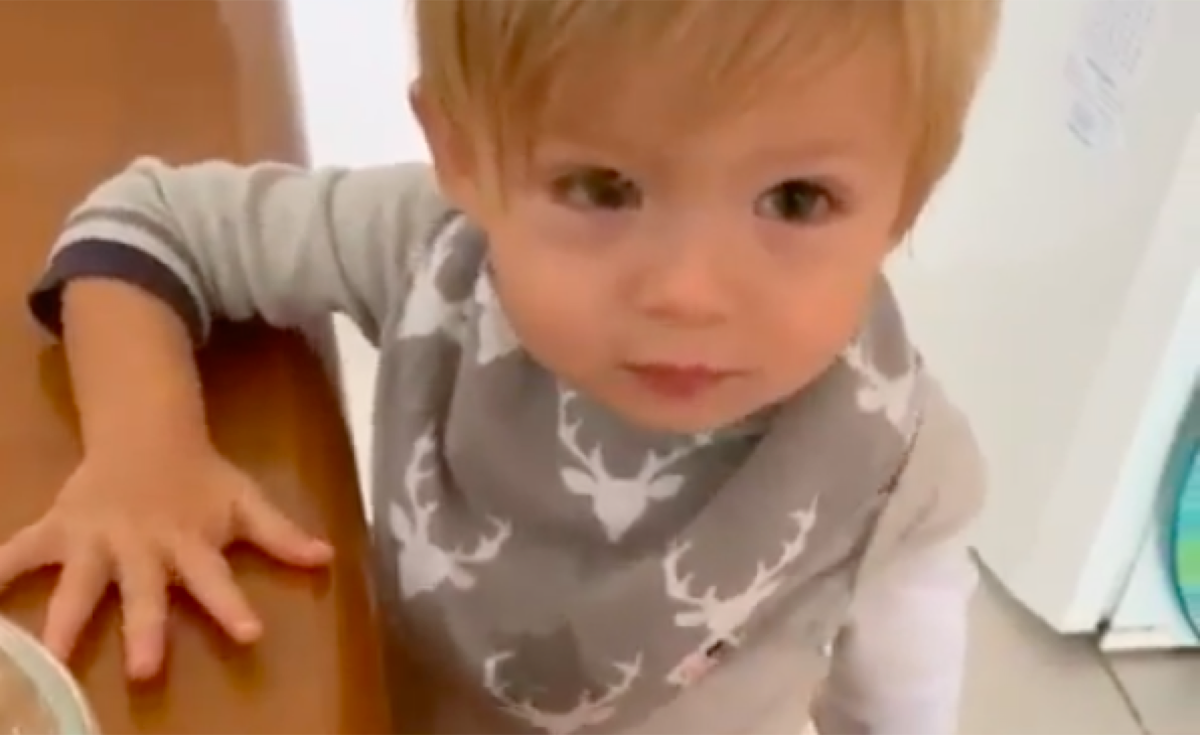 Henry is Mary Beth’s first grandchild, born in 2018 to her eldest son, Daniel Schwartz, and his wife, Sharon. Henry will be two years old this coming June. The toddler is adorable as he excitedly talks about his pasta and “dances” on the chair he stands on as he’s eating, since it looks like the bowl is on a counter. His parents live in Mexico, so Henry will be talking in two languages, Spanish and English.

His nickname is “HH” and Mary Beth posts beside the video as follows: “Here come the words! Living in Mexico HH is learning two languages at once… pretty fun to watch the budding vocabulary.” We’re not sure if his middle name starts with H or if “HH” is a name he came up with for himself! We can be confident that with every new word, the proud mother will share a video with her mother-in-law who in turn will post it for friends, family, and fans, on today’s version of the ubiquitous “Brag Book”, social media, in this case Instagram! Does this make Mary Beth an “Instagramma”?

Here come the words! Living in Mexico HH is learning two languages at once… pretty fun to watch the budding vocabulary. #❤️❤️ #lovebug

Days Of Our Lives Spoilers: “HH” Henry Schwartz Will Be A Big Brother In The Coming Months

Henry’s parents, Daniel Schwartz and his wife Sharon are expecting another bundle of joy in the coming months, which means “HH” will be a big brother! His aunt Katie and her husband Cory are also expecting, so he and his baby brother or sister will have a cousin also. Mary Beth will have three grandchildren by the time her daughter Katie and her daughter-in-law Sharon give birth! We wonder if his baby brother or sister and cousin will like “pasta, pasta, pasta” too?

On another Instagram post from a few months ago Henry stands in front of a large pot of spaghetti, where it is obvious he has climbed on a table and is eating out of it – at least he’s eating it neatly! Mary Beth noted, “Don’t you know…#HH”! But then, maybe it runs in the family. Mary Beth is an avid cook and foodie, having marketed her homemade mini apple pies in the Williams-Sonoma catalog, and hosting a show on the DOOL app for several months, called “MB’s Kitchen.”

Watch NBC’s Days of Our Lives to see Mary Beth as Dr. Kayla Brady, and keep checking Celebrity Baby Laundry frequently for all the latest news, updates and developments!