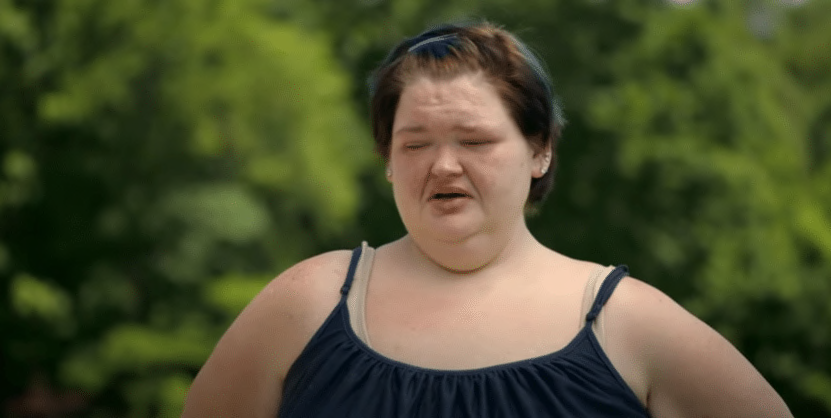 1000-Lb Sisters spoilers revealed that Amy Halterman was motivated to lose weight because she desperately wanted a child. Then, after she lost enough weight for her gastric surgery, fans heard that she fell pregnant ahead of the recommended time. In season 2 of the TLC show, she gave birth to Gage and since then, she’d been a devoted mom. This weekend, she celebrated a very special day with her two sons.

In January, fans were surprised because Amy shared a post on Instagram announcing her second child was on the way. Actually, TLC fans had recently been talking about how Amy didn’t seem to be maintaining her weight. However, the pregnancy explained why she wasn’t still losing the excess pounds. These days, she’s got two little boys and Glenn seems to be a mini-me for Gage. Of course, the little guy wasn’t excluded from Gage’s special day.

1000-Lb Sisters fans know that Aunt Tammy isn’t living with Amy anymore as she’s in rehab. But Gage did get to FaceTime with her on his birthday this week. It seems incredible to TLC fans, that the kid just celebrated his second birthday! Mom Amy and his dad Michael made it a really special day to remember. As Tammy got engaged in rehab, maybe she will one day have the opportunity to start her own family, if her health allows it.

Amy took to her Instagram and shared a lot of photos of the big day for Gage. In them, she posted up a photo of his cake which was decorated with a truck theme. In two posts, she described how they treated their son to a memory-making outing. In her first post, Gage’s mom said, “Happy 2nd birthday Gage. Omg I can’t believe you are 2. Momma, dada and brother love you so much baby!! I hope u have a monster size fun today.”

The 1000-Lb Sisters star told her fans in a second post that the family of four took Gage to the park where he played with his bestie. Of course, he also ate his cake and demolished the truck first. All tuckered out from playing, the little boy watched “Watch kung fu panda in the van!” Naturally, fans loved to hear that Gage seems healthy and that his little brother also went along. Here’s another snap from the day:

Will Fans See More Of The Boys On TLC?

1000-Lb Sisters rumors suggest that Amy might take a step back if another season comes along. Apparently, raising two kids and filming on top of it might be just too much for her. Actually, Tammy Slaton insists that another season is coming. However, with her accepting a proposal from a guy in rehab, it might focus on her rather than the kids.