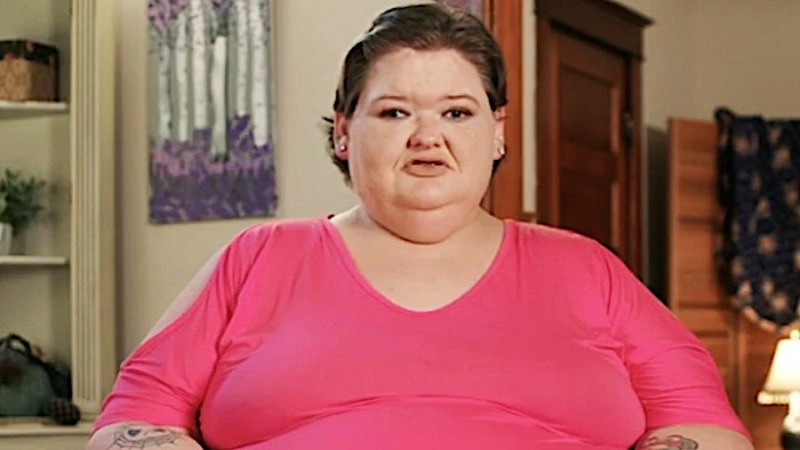 1000-LB Sisters star Amy Halterman dropped a bomb on January 2 and announced that she expects another baby. Actually, the news might not thrill her sister Tammy, who TLC fans already suspect is jealous of little Gage. Equally, her critics might also not dance for joy. However, there’s no denying the TLC star is totally thrilled about it.

In Season 1 of the show, fans saw that Tammy and Amy both tried to qualify for weight loss surgery. Tammy failed, but Amy managed it. She seemed very motivated as she always hoped to raise her own child one day. However, her weight couldn’t cope with pregnancy.

In season 2, fans saw that she was pregnant, but she struggled to stay within her weight goals. After all, the doctor warned her that she should not try for a baby until she reached her optimum weight. Of course, that led to some complications. So, fans saw her go to the hospital. Nevertheless, baby Gage arrived and thrived.

1000-LB Sisters critics often slammed Amy Halterman for raising her son in dirty conditions. However, Our Teen Trends reported that he turned 1 year old in November, and seems to have survived just fine. Now that she’s pregnant again, no doubt, she picks up more criticism. But for now, she just sounds over the moon.

1000-LB Sisters fans were quick to comment about the news.  Most of them sent in their congrats to Amy. One of them wrote, “Congrats Amy that’s wonderful you are able to have another. You can tell how much you love being a mum.” Then another comment  said, “Amy you were meant to be a mom, God bless you and your family ❤️❤️❤️❤️.”

Why Is Amy So Open About The New Baby?

1000-LB Sisters fans might recall that when Amy Halterman fell pregnant the first time, that she was very secretive about the due date. Obviously, it was so it didn’t spoil Season 2 of the show. In fact, Gage arrived before the season completed filming. But this time, she’s very candid, naming the actual due date. Does that mean that Season 4 might not come along?

TLC could have kept the baby secret a bit longer. After all, working it out, Amy’s about six months along now. But, the network didn’t make her clam up about it. Why not? It might be a grim thing to think about, but what happens if Tammy Slaton passes away? Still gaining weight, fans are convinced she’s killing herself slowly. If anything suddenly takes Tammy away, then perhaps, that will also end the Slaton sisters’ run on TLC.

The Bold And The Beautiful (B&B) Spoilers: Brooke Breaks Down, Admitting She Broke Her Sobriety Of Many Years