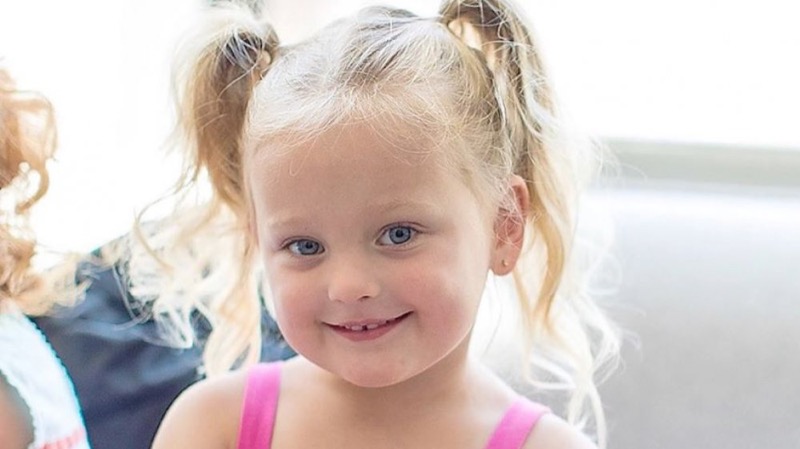 OutDaughtered spoilers and updates tease that quint Ava Busby is probably one of the most likely quints to believe that the tooth fairy exists. After all, in her world, unicorns probably do as well. Like her twin sister Olivia, she seems attracted to pretty things. Well, now she lost her tooth perhaps she keeps one eye open for the tooth fairy this week. However, TLC fans suggest that she writes an urgent letter to the fairy and describes how she managed to lose it.

Many TLC fans struggle to tell Ava Busby apart from Olivia. In fact, those that can seem very proud of themselves on social media. Well, now that she lost a tooth, for a little bit, fans will be able to spot her easily. Actually, after the summer break, Danielle made it a bit easier to tell the twins apart.

The OutDaughtered mom told her TLC fans that Ava chose a shorter hairstyle when school started. So, that made it much easier to tell her apart. With a missing tooth and shorter hair, at least for a while, fans shouldn’t have any problems until the hair grows out again. Not to mention the tooth. That tooth really didn’t want to leave and it wiggled around for a long time. Unfortunately, when it came out, she lost it.

Taking to her Instagram on Monday, August 30, Danielle told her fans that Ava Busby finally managed to get rid of the annoying tooth that just wouldn’t go away. In fact, it sounds like it took a family effort for them to finally get it out. In her caption, Danielle wrote, “Y’all!!!! FINALLY!! Ava has pulled that loose tooth!” She explained how “her big girl tooth has been in for like over a month.” 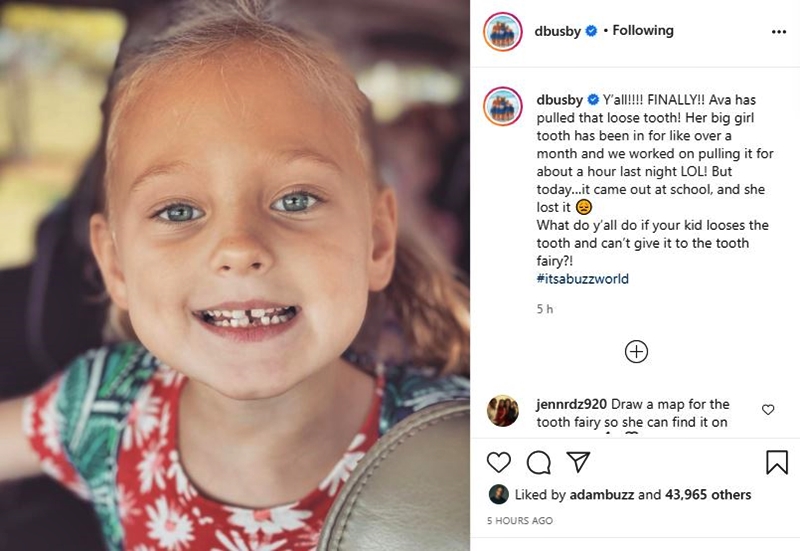 The OutDaughtered mom said that they“worked on pulling it for about an hour last night.” Still, it obstinately refused. In the way of the world sometimes, it eventually came out at school. Then, Ava Busby lost it. Well, everyone knows that the tooth fairy doesn’t come cheap. Plus, the tooth fairy seems intolerant of careless kids. So, Danielle asked, “What do y’all do if your kid looses (sic)  the tooth and can’t give it to the tooth fairy?!“

Write A Letter To The Tooth Fairy

Fans of Ava Busby came up with a solution. Apparently, it worked for other kids who lost their teeth in the past. One fan suggested, “Draw a map for the tooth fairy so she can find it on her flight! 🎉 🦷.” However, more moms and dads said that writing a letter does the trick. One of them said that Ava needs to write the letter and then place it under her pillow.

Proof that it works came from one TLC fan who noted, “That happened to my daughter! We had her write a note to the tooth fairy! And it worked 🤣.”

Remember to check back with us often for more news, updates, and spoilers about OutDaughtered on TLC.