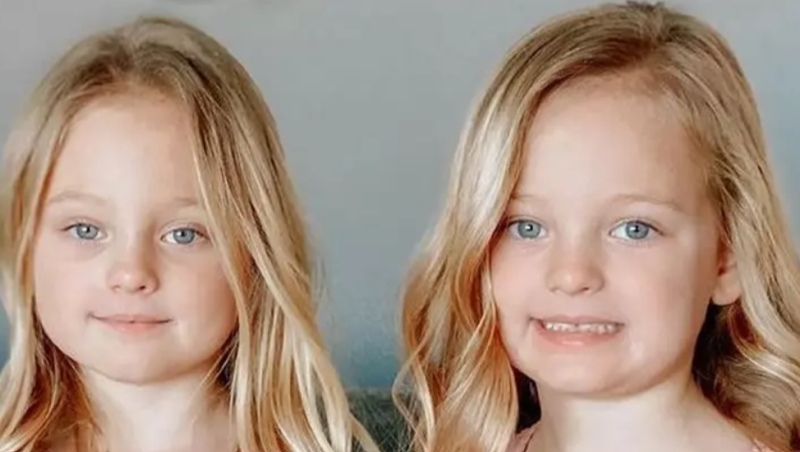 OutDaughtered spoilers and updates tease that fans see that the twins, Ava and Olivia Busby seem inseparable, Of all the quints, the twins are the most likely to opt for pretty clothes and unicorn toys. However, on Wednesday, July 7, Danielle revealed that the twins stay in different places for a few days. So, fans wondered how they coped with that.

Recently, the Busby family went up to Lake Charles for a vacation. Adam and Danielle originally came from there. So, the quints have grandparents and cousins in Louisiana. They all enjoyed a total blast for a week or so before they returned home. At the time, Danielle told her fans that Blayke and Hazel stayed behind for a few extra days.

Later, OutDaughtered mom, Danielle revealed that Hazel returned ahead of a pool party. On the 4th of July, they all held a big party, and plenty of relatives featured in photos. By then, Hazel and Blayke had returned home to League City, in Texas. Well, now it looks like Riley and Ava Busby went back with relatives and stay with Nana and Papa. This meant that the twins, Olivia and Ava Busby split up for a while.

OutDaughtered Updates – Three Of The Quints Sleep Together

Danielle shared a photo of three of the quints. They all snuggled down in one giant bed. In her caption, the OutDaughtered mom said, “When two of your quint sisters get a sleepover at Nana & Papas…the other three quint sisters get a couch bed sleepover in the TV room 💕.” Although she never mentioned Olivia and Ava, fans could at least identify the kids in the bed.

The OutDaughtered quints all have their names on their blankets and pillowcases. So, fans were quickly able to tell that Olivia, Hazel, and Parker Kate stayed at home, and Riley and Ava went away. One TLC fan asked, “How do the twins do spending a night apart?! 🥰👯‍♂️” Others also wondered about that. After all, the Twins usually share a room in the house. Unfortunately, Danielle never replied.  Meanwhile, others noticed that Blayke wasn’t in the big couch bed. Mind you, she’s a big girl now and probably opted out.

Next Quints To Visit With Nana And Papa

OutDaughtered fans know that Hazel and Blayke already spent time with their grandparents. So, by deduction, that probably means that the next kids to go there will be Olivia and Parker Kate. Well, Riley sleeps in her own room, and Parker and Hazel share. So maybe when Parker goes away, Riley and Hazel might also bunk down on the couch bed with Ava.

Remember to check back with us often for more news, updates, and spoilers about TLC’s OutDaughtered.