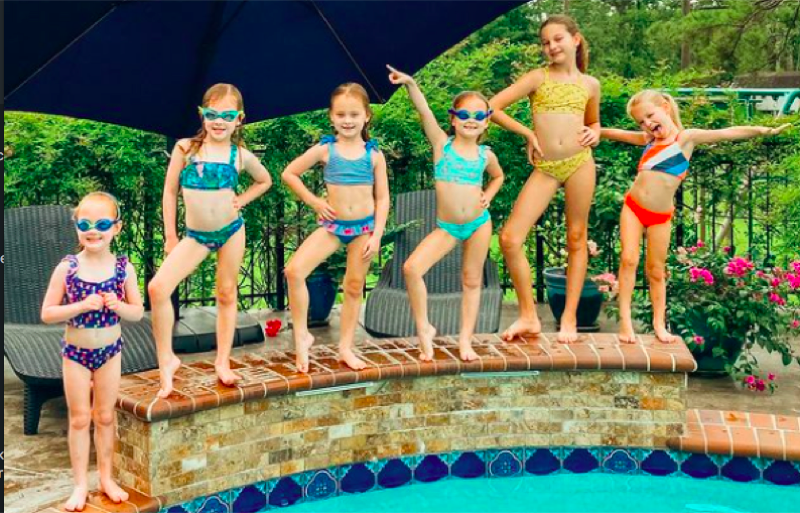 OutDaughtered spoilers and updates tease that summer arrived that after summer camp, the Busby family left Houston for Lake Charles in Louisana. Now it’s time for the family to return home. However, two of the kids, Blayke and Hazel stay behind. Obviously, fans wonder why the family splits up over their summer break. Is everything okay?

TLC fans heard from Adam Busby that the family left for Lake Charles and it seemed like a fun time. He shared some photos of Parker Kate in her Nana’s pool playing with the bubbles from a bubble machine. He also mentioned that the kids enjoyed the pool very much. That’s because their own pool at home has some work done at the moment. In the comments section, he told fans that they get it resurfaced.

Of course, good times with family and friends come to an end, so the OutDaughtered family now leaves Leaves Charles. However, not all of them. Blayke and Hazel remain behind. It’s not the first time this summer that Hazel opted to stay behind somewhere. When the other quints went to cheer camp, she stayed at home with Adam. Actually, he made it special for her and they visited the Lago Mar Lagoon. Adam told his fans that Hazel struggles with balance and coordination. 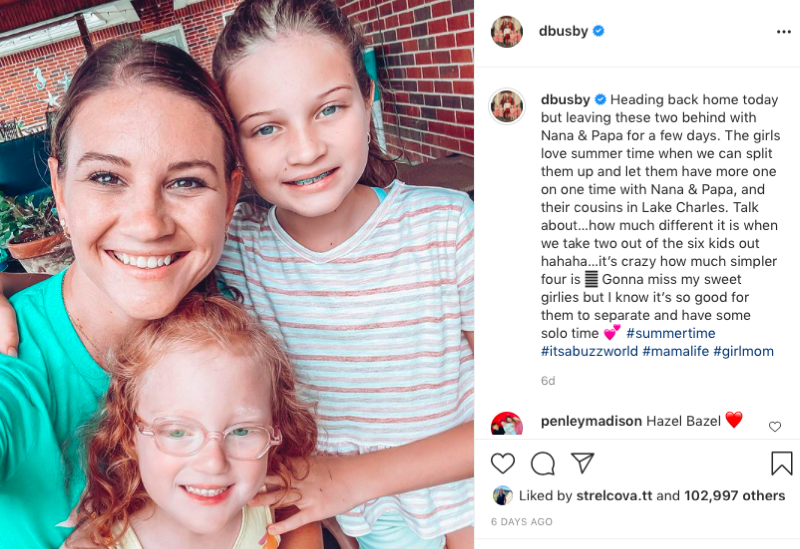 OutDaughtered Updates – The Family Leaves Hazel And Blayke Behind

Danelle Busby took to her Instagram on Sunday, June 27, and told her fans that they leave Blayke and Hazel in Lake Charles. She shared a photo of herself with the two girls and then captioned it. The TLC star said, “Heading back home today but leaving these two behind with Nana & Papa for a few days.” Next, she said that the girls don’t mind splitting up in the summer. In fact, “the girls love summertime when we can split them up and let them have more one-on-one time with Nana & Papa.”

Of course, they also have cousins in Lake Charles that they love. Next, the OutDaughtered mom talked about how “crazy” it feels when they only have four kids in the family. Actually, from a practical side, it makes things a lot “simpler.” Still, she said that definitely will miss her two daughters. However, she added, “I know it’s so good for them to separate and have some solo time.”

OutDaughtered fans took to the comments section about the OutDaughtered spoilers. One of them said, “Hazel must be feeling so important staying w her big sis…😍.” Then one fan asked a good question. They wrote, “How do you decide who stays??” Well, it looks like each summer, the kids take different turns at staying behind.