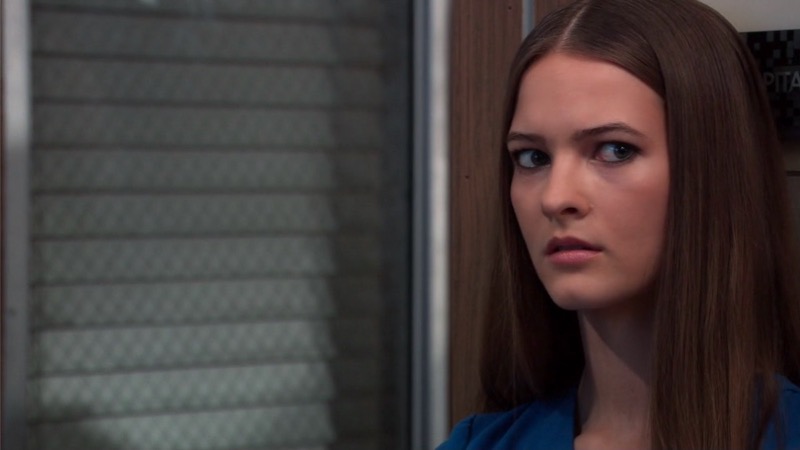 General Hospital (GH) spoilers and updates tease that Esme Prince (Avery Kristen Pohl) and Trina Robinson (Sydney Mikayla) will clash when Trina calls Esme out for what she is in an upcoming episode of General Hospital!

General Hospital viewers can tell that the spoiled, entitled, and quite possibly evil Esme and Trina are polar opposites! Trina is down to earth and as for real as it gets – she puts on no airs and doesn’t try to impress people. With Trina, what you see is what you get. It is difficult for General Hospital viewers to see what or who Esme is underneath the surface – but it is pretty easy to tell already that she does not really have Spencer Cassadine’s (Nicholas Chavez) best interests at heart.

Esme just breezed into Port Charles at a most inopportune moment for “Spence” and took it upon herself to set Ava Jerome Cassadine’s (Maura West) car on fire to give him an alibi for the stalking incidents that his father Nikolas Cassadine (Marcus Coloma) was accusing him of! However, Spencer did not seem to appreciate either her surprise visit or her criminal assistance in particular!

General Hospital Updates – Trina Robinson Is Loyal To Her Friends

General Hospital viewers know that Trina is loyal to her friends, and before Esme showed up, she and Spencer were developing a bond. Trina was upset to see “Victor” didn’t tell her he had a girlfriend when it seemed like they two were into each other, and that is natural. Trina understood when Spencer explained why he was laying low and not going by his real name. 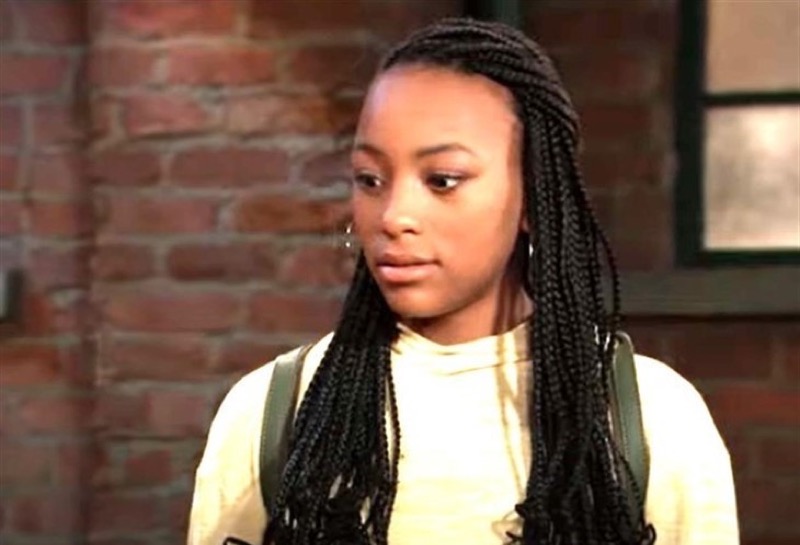 But then when Esme showed up, she put Spencer in a terrible position – Spencer hadn’t asked her to show up and hadn’t asked for her help. Esme made sure she staked her claim on him in front of not only Trina but Josslyn Jacks (Eden McCoy) and Cameron Webber (William Lipton). They definitely thought it was low class but then Spencer’s not being forthcoming about his having a girlfriend back in France didn’t surprise them, either. They were loyal to Trina and supportive of her position, as General Hospital viewers would expect them to be.

Esme Prince And Trina Robinson Get Into A Confrontation

General Hospital viewers will not be surprised when Esme and Trina get into a confrontation. It’s only a matter of time until these two polar opposites rub each other the wrong way enough to cause some fiery friction between the two! General Hospital viewers can expect that the fight will start because Esme will deliver an embarrassing putdown of Trina’s friends in a very public situation. Perhaps Spencer will be present also, and Esme will want him to leave the low-class townies to hang out with the cool crowd. But these “low-class townies” are people Spencer grew up with and played with when they were children! They will back him up even when he is acting like a jerk! Trina will be quick to defend her friends from the snobby and selfish Esme. Chances are, she’ll call out Esme as a conniving bitch even to Spencer right in front of her! The catfight should be epic!