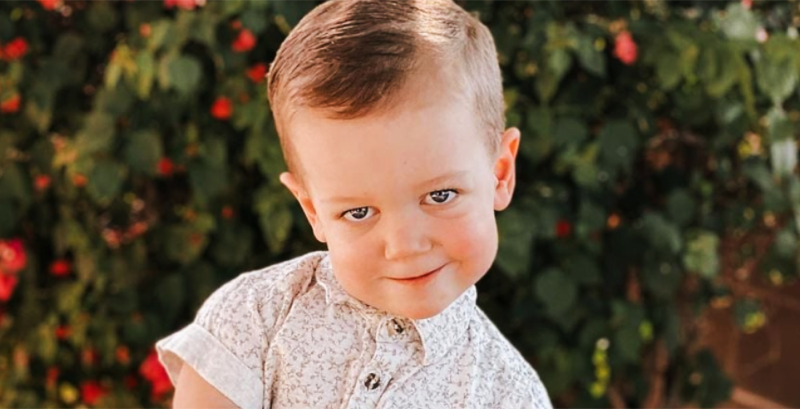 Little People, Big World spoilers and updates tease that fans know that Amy’s wedding already happened and that Jackson Roloff was appointed as her ring bearer. Not many photos of Chris and Amy marrying came out initially. However, as the weekend progressed, more of the Roloff family started sharing some. One of them that showed Jackson with Amy seems to have melted the hearts of many LPBW fans.

Ahead of Amy and Chris trying the knot, fans heard that Jackson Roloff would be Amy’s ring bearer. Actually, she sounded a lot more excited than he did. However, he copied that the way his grandma showed him to walk. Then, he looked inside the ring box. Anyway, after rehearing it for some time, it looks like he managed okay. Recall, he froze at Jacob’s wedding to Isabel Rock,

Little People, Big World kids Ember and Bode attended the wedding as well, and Ember acted as Amy’s flower girl. Tori’s daughter Lilah just went along with cuteness as her job while her brother played his part. Jackson Roloff looked very smart at the wedding. Photos shared by his mom revealed that he wore the cutest bow tie and a little made-to-measure suit.

On the weekend, Tori shared a batch of photos that showed her with Lilah, Zach, and Jackson. Some of them showed Lilah and Jackson with Amy. But the one that won the hearts of TLC fans showed just Jackson with Amy. Taken in black and white, it captured the expression on his face very well.

Tori told her Little People, Big World fans that the photos were taken by Monique Serra, the photographer. Most fans scrolled through and found the cute one of Jackson Roloff with Amy. The third one really grabbed their attention, One fan commented, “That pic of Jackson and Amy 😍.”

Another fan noted, “Pic #3 is the cutest ever 😍. Jackson looked so adorable 😍.”

Jackson Roloff is not the only kid that looked cute at the wedding. TLC fans also commented on his cute little sister, Lilah. One of them wrote, “You and lilah ray look too cute in the last pic.” Another LPBW fan noted, “Wow! 💞💞 Awesome photos 💝 Thanks for sharing the special day with us @toriroloff p.s. you have the cutest kids❣️.”

Certainly, it looks like Amy Roloff made some memories on her wedding day to last the rest of her life. So many adorable photos of the kids came out that she’s probably hard-pressed to choose the ones she wants to frame.