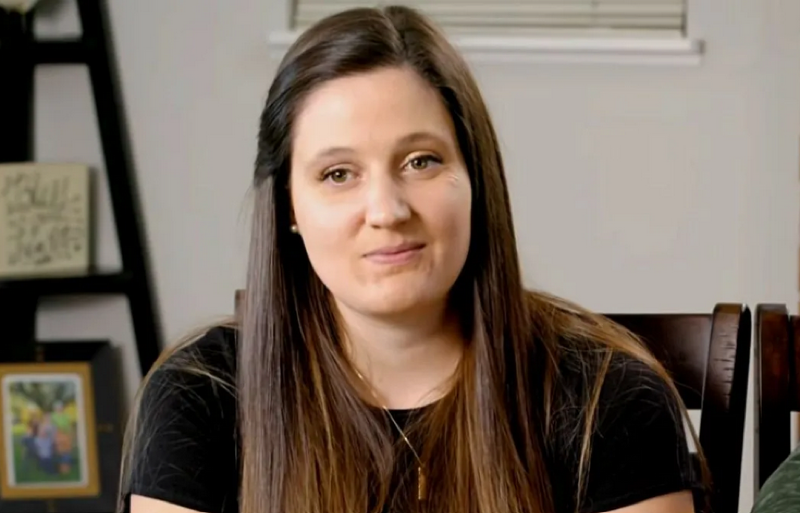 LPBW (Little People, Big World) star Tori Roloff and her husband welcomed their son, Jackson Kyle Roloff in 2017. Then in November 2019, they welcomed their daughter, Lilah Ray Roloff. TLC fans loved the name that they chose for their kids. But this week, Tori took to her Instagram and reflected on the irony of the names they chose.

Jackson Kyle fast became a fan-favorite with TLC fans. Of course, as he was born with dwarfism, many fans hoped that he’d get through life without too much surgery, After all, they know that his dad Zach had surgery as a kid. Plus, his grandpa, Matt spent a good deal of his younger years in hospitals. Well, that might come along in the future. In the meantime, he’s a tough little boy and very cute. Actually, fans melted when he acted as the ring bearer at Amy’s wedding.

LPBW star Tori Roloff also produced Lilah Ray who is famous for being totally cute. Naturally, fans hoped that she wouldn’t run into health problems either. A few problems came along, and at one stage, Tori feared that she suffered from swelling in the brain. However that passed, but fans see that she wears eyeglasses. In fact, that makes her look even cuter, Little People, Big World fans agree.

Tori Roloff took to her Instagram on September 29 and posted up a clip of the two kids. They both lay on their backs and clapped their hands. Then, they scooted along on their backs together. Additionally, she shared a photo of the two kids together outdoors. In her caption, she wrote, “Spent months obsessing over what to call them only to call them everything but their names.”

Then, the LPBW star noted that instead of Jackson Kyle, they call their son, “J.” Meanwhile, they dropped Lilah Ray and call their daughter “Bean.” So, J and Bean it is. 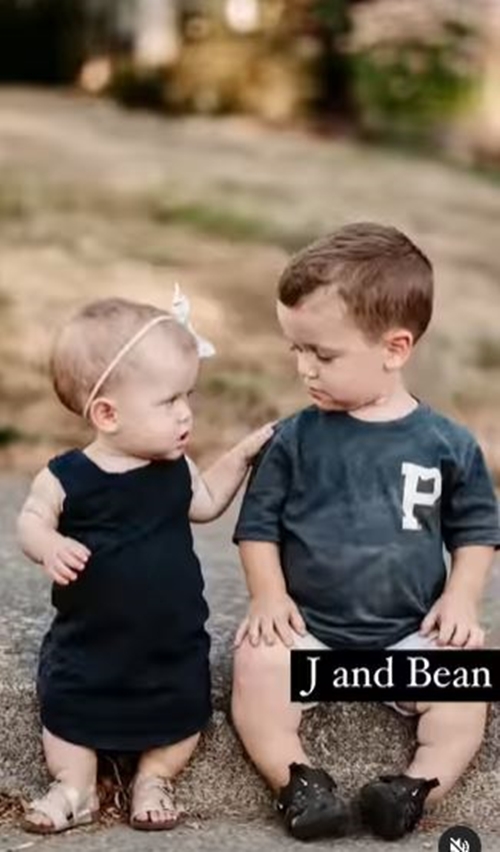 TLC fans know exactly what Tori means when she talks about names for kids. One fan commented, “I call my daughter sally, her name absolutely isn’t sally. 🤷🏼‍♀️” Meanwhile, another fan talked about baby books, and names, and research, and months of agonizing. However, their kid named himself “Bob.”

The Oddities Of Names

Tori Roloff isn’t alone in changing the names of their kids. In fact, some rather amusing monikers arose in the comments. 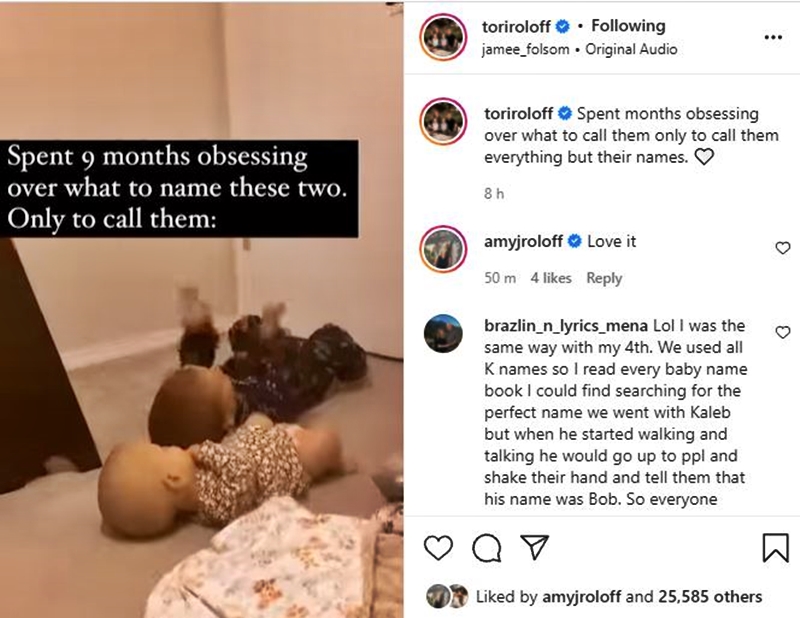 One fan calls their kids, “coco & BBQ.” Then another one calls hers “Turkey.” How about these names?: “mookie, meemers and big man.”