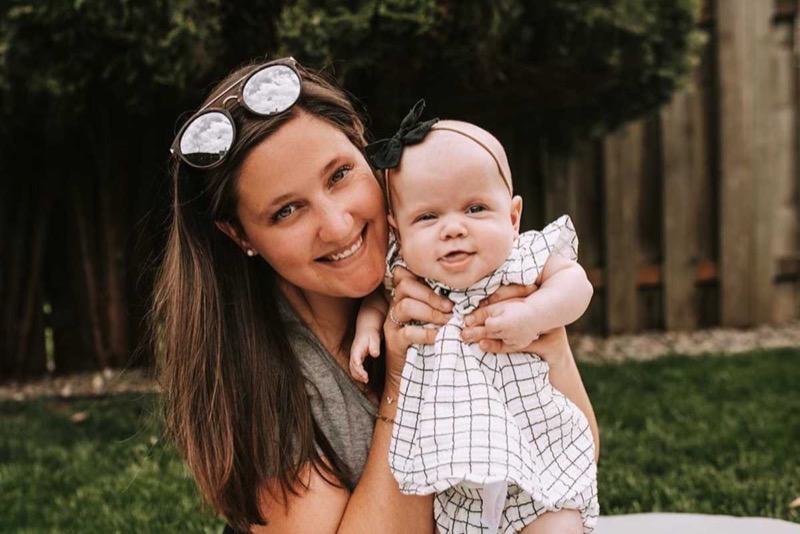 Little People Big World spoilers and updates tease that Lilah Roloff gets out and about and it looks like she’s so ready for the summer. Recently, she enjoyed grandpa-time with Matt and Caryn in Arizona, and soon, she visits Disneyland! This weekend, she and her mom and dad, and Jackson went out. She tucked into some snacks and they must be full of energy as she later zoomed off at speed.

Fans wondered when Tori and Zach’s little girl would start walking. From the Little People, Big Word show, fans know that she took time to sit up by herself. Then, she started crawling around, but couldn’t walk unaided for a long time. In fact, her parents seemed rather concerned about it. However, the big milestone day came and her mom snapped it quickly for her TLC fans.

The cutie pie seemed proud as punch as she walked around with her toy walker. No doubt, Lilah Roloff really cheered up her mom and dad, who stress enough already as Jackson might require surgery on his legs. For now, though, Jackson still enjoys zooming around on his scooter and it looks like his little sister tried keeping up with him. 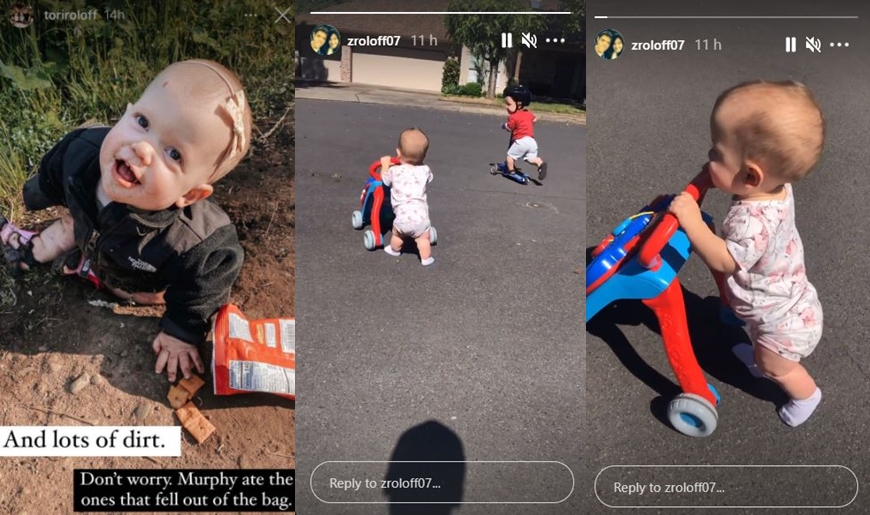 Snacks In The Dirt

Lilah Roloff accompanied the rest of the family on an outing with Murphy the dog on Saturday, May 28. Tori shared a photo of a packet of snacks that Lilah dropped. Notably, she told her Little People, Big World fans that Murphy the dog ate up the snacks that landed in the dirt. Presumably, some of them were salvaged for their daughter. Or, maybe she tucked into them before she dropped the tasty treats. Anyway, she later put on a boost of admirable speed when they went out again.

This time, Zach shared a short clip of Lilah Roloff walking along confidently, pushing her walker again. Soon, into the clip came her big brother Jackson. He rode on his scooter, something that Zach says is all her ever wants to do. If you worry about him, he always wears his helmet and he gets quite good at controlling it. As he zoomed past his sister, she stepped it up and took off quite fast. In fact, she looks like a confident toddler right now.

It’s not hard to imagine that little Lilah probably yelled out for her brother to slow up a bit. Nevertheless, in time, she probably becomes way more confident on her feet. Perhaps in a few years’ time, TLC fans see her zooming along on a scooter as well. She got off to a slow start, but clearly, she’s a determined little girl.

Remember to check back with us often for more news and updates about Lilah Roloff from Little People, Big World on TLC.

The Young And The Restless (Y&R) Comings And Goings: Telma Hopkins Makes Her Debut In Genoa City