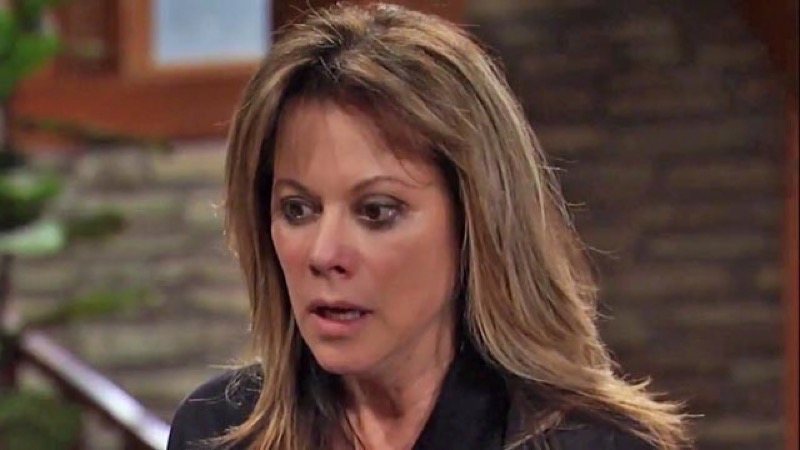 General Hospital (GH) spoilers and updates tease that Alexis Davis (Nancy Lee Grahn) will make a bold decision after her daughter Sam McCall (Kelly Monaco) makes a confession.  Since Sam and Alexis are both Cassadine’s relatives and don’t trust Victor Cassadine (Charles Shaughnessy) Sam might confide what she knows about a certain 35 million-dollar necklace.

Britt Westbourne (Kelly Thiebaud) recently had Sam trace a necklace left to her by Peter August (Wes Ramsey) her late brother. She figured it was stolen or he wouldn’t have had it and Sam traced it to Leopold Taub (Chip Lucia) who was part of a 1980s-era cartel. It was comprised of Taub, Cesar Faison (Anders Hove), and Harlan Barrett (Michael Cole) and the theory Sam came up with is that Faison stole it from Taub.

However, four of those diamonds came from the Ice Princess diamond, which Alexis’ birth father Mikkos Cassadine (John Colicos) had used to power a weather machine. Mikkos’ goal was to rule the world, threatening to freeze it, and Victor is his last remaining brother; Alexis and Sam deduce Victor’s after the necklace.

GH Spoilers: What They Don’t Know Might Hurt Them

Sam, Britt, and now Alexis know about the four diamonds being from the Ice Princess, which Luke Spencer (Anthony Geary) was likely killed trying to obtain. There had been a number of fake Ice Princess diamonds found and distributed throughout the years, one having fallen in Lulu Spencer’s (most recently Emme Rylan) hands some years back. This led to her being kidnapped by Stavros Cassadine (Robert Kelker Kelly) who had frozen her, with Luke and Laura Spencer, now Collins (Genie Francis) rescuing her. But what neither Sam, Britt, or Alexis know is that Victor already knows about the necklace – and it was he who approved the bank manager to open Peter’s safe deposit box. Victor likely just needed confirmation that the four diamonds from the Ice Princess were part of that necklace and were in that safety deposit box; they could all be targets. 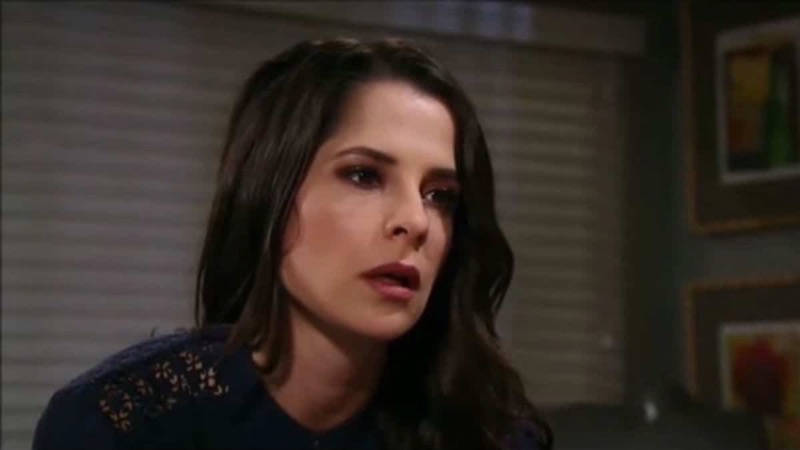 General Hospital Updates – Catch Victor Cassadine In His Own Trap?

After Sam confides in Alexis what she knows about the necklace, Alexis makes a bold move, suggesting the Cassadines team up to trap Victor in his own trap. All of them now, except Spencer Cassadine (Nicholas Chavez) who’s still in Pentonville Prison serving out his sentence know what the deceptively jovial “Uncle Victor” really is. Valentin Cassadine (James Patrick Stuart) would absolutely be on board but he’s busy trying to find out what Victor did with Lucy Coe (Lynn Herring).

Nikolas Cassadine (Marcus Coloma) would be in trying to set a trap to get out from under the Cassadine patriarch’s son. Alexis proposes using the necklace as bait to trap Victor, and that means convincing Britt-the only fly in the ointment might be Cody Bell (Josh Kelly), Taub’s “son”.