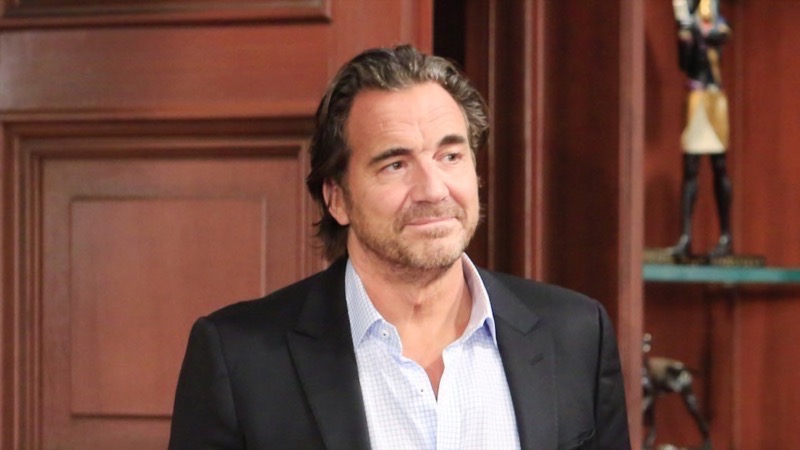 The Bold and The Beautiful (B&B) spoilers and updates tease that Ridge Forrester (Thorsten Kaye) will drop a bombshell and he and Taylor Hayes’ (Krista Allen) wedding rehearsal dinner party. Ridge will finally tell why he gave up on Brooke Logan (Katherine Kelly Lang) after all and say she made the CPS call as Thomas Forrester (Matthew Atkinson) squirms.

The Bold And The Beautiful Spoilers – Moving Forward

Surely one reason Ridge pushed for an annulment instead of a divorce from Brooke is that a divorce would take longer to become final. The standard no-fault divorce, barring complications such as child custody and property division usually takes a year of separation and an annulment goes much quicker. Ridge and Brooke began a separation right after Taylor moved back to Los Angeles, but the reason was Deacon Sharpe (Sean Kanan).

It took several weeks for Douglas Forrester (Henry Joseph Samiri) to be understood about seeing Grandma Brooke kissing Santa Claus, which had been a Deacon in a Santa hat. Sheila Carter (Kimberlin Brown) had switched labels between regular and non-alcoholic champagne bottles, causing Brooke to fall off the wagon and Deacon to spend the night.

Ridge’s quickie annulment leads to a quickie engagement followed by a quickie marriage to Taylor, provided nothing happens to stop the marriage at the last minute, with the initials of B.L. Ridge won’t tell Taylor he knows that Brooke made the call to Child Protective Services, at least not right away, but at the rehearsal dinner he’ll tell others. He’ll pull Eric Forrester (John McCook) and Steffy Forrester Finnegan (Jacqueline Maciness Wood) over first, but he’ll tell them in front of Thomas. Thomas’ friend formerly from Forrester Creations, Walter Barnes (Steve Richard Harris) had played the call for Ridge and Thomas, swearing them to secrecy so he wouldn’t be fired. However, Thomas will squirm, perhaps not visibly, but he’ll be worried since Donna Logan (Jennifer Gareis) knew about the voice-changing app on Douglas’ phone, making a big deal about it. 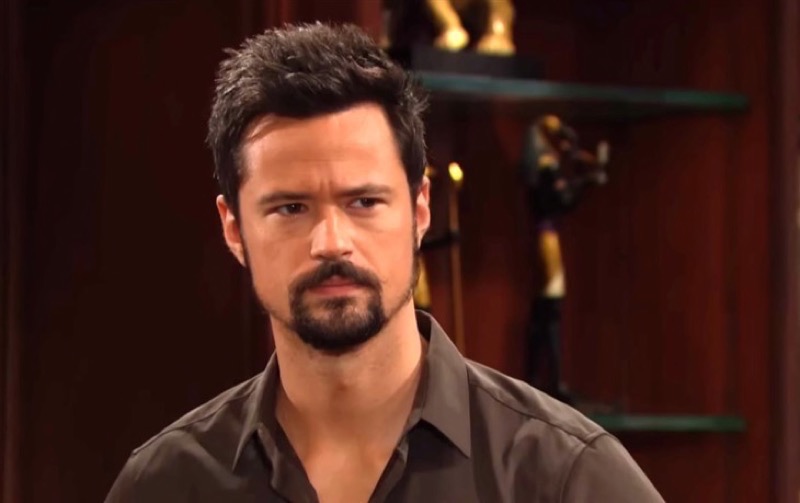 No Coming Back From That

Ridge will tell the family that he gave Brooke ample time to confess to making that call but she continued to act like she didn’t know what he was talking about. Her continued lying by refusing to confess to what she did constitutes a betrayal that they could not and he would not come back from. Moreover, he will likely admit that it opened his eyes to what his children had been telling him for months, that Brooke would always hurt him.

Thomas and his faked CPS call via the voice-changing app may not be exposed right away, but when it does, it may cause Ridge to waffle back to Brooke again. Even though he loves both women, Ridge is clearly operating with a divided heart.