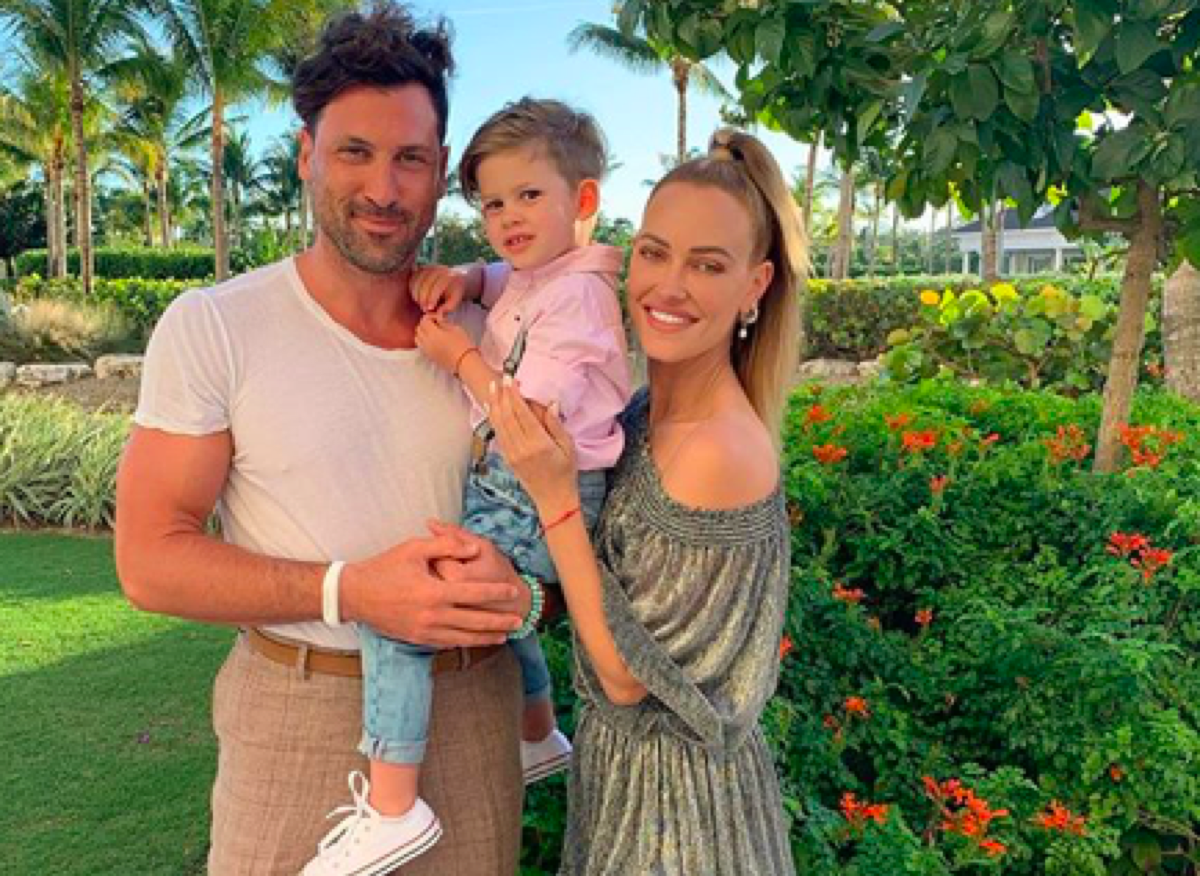 Dancing With The Stars Spoilers: Peta Murgatroyd Shares The Photos On Her Instagram

The family took some time from their busy schedule for a family vacation in the Bahamas. Along with them was their adorable son, Shai, who celebrated his third birthday in the beautiful holiday destination.

One photo featured Maksim holding little Shai in his arms as Peta huddled close to her boys in the snapshots. Peta also gave fans a glimpse into her family time with a series of photos on Instagram.

We woke up to Trolls (his new favorite movie that we had to buy 10x), ate bagels with cream cheese and had a beautiful day on the beach with family and friends. It was the first time my parents were able to be with him on his birthday so it was pretty special for me. In the afternoon I set up a family cooking session at the Baha Mar kids club with Chef Michael.

Dancing With The Stars Spoilers: The Kids Baked Their Own Cupcakes

The kids baked their own cupcakes and played in the awesome kids space while the adults were in their element cooking fillet and snapper …It was truly the best birthday as the kids LOVED being so involved and learning how to cook (let’s pray this continues!) We finished the evening feasting on our own cooked meals outside with wine and cake! What a special day for my big boy! It’s true that when you look back, time goes so quickly, but while it’s ticking over it feels so long.

I have always made a conscious decision to be present with my son, to always be there no matter what, to prioritize him over phone calls and emails….and from that he reciprocates with his unwavering affection, love and joy! I have cherished every single moment of these 3 years with you my baby boy.

You’re growing up to be as genius, quick-witted and agile as your Papa and hopefully you get some of my cancerian emotional traits too lol… Thank you @bahamarresorts explorer club for hosting us and making this day so memorable! #tears #thebigthree”. Peta and Maksim have kept their fans up-to-date on their son’s shenanigans as they document his growth on social media.

Peta and Maksim welcomed Shai on January 4, 2017. They have been together for quite a long time now. Peta shared the story of how her future husband approached her for a date when they first started out in an interview with “Today,” she said, “I feel like we didn’t actually have an official first date, because … it was funny, I was just a bit worried about a situation on the second season of ‘Dancing with the Stars’ and he said, ‘Do you want to talk about it over dinner?'”

Their chemistry was evident right from the start, and according to Peta, Maksim was a gentleman on their first date and he still is to this day. Peta claims that in spite of the fact that she and her husband are completely opposite when it comes to their personalities, they have been able to make their relationship work.

Before the two became a couple, Maksim was engaged to his fellow “DWTS” star, Karina Smirnoff, while Peta was in a relationship with Damian Whitewood who would ultimately become her “DWTS” co-star. Maksim ended things with Peta at one point, but it didn’t take him a long time to realize that he had made a mistake. They have been together ever since!

Watch ABC’s “Dancing With The Stars” to see Maksim and Peta in action, and keep checking Celebrity Baby Laundry frequently for all the latest news, updates and developments!