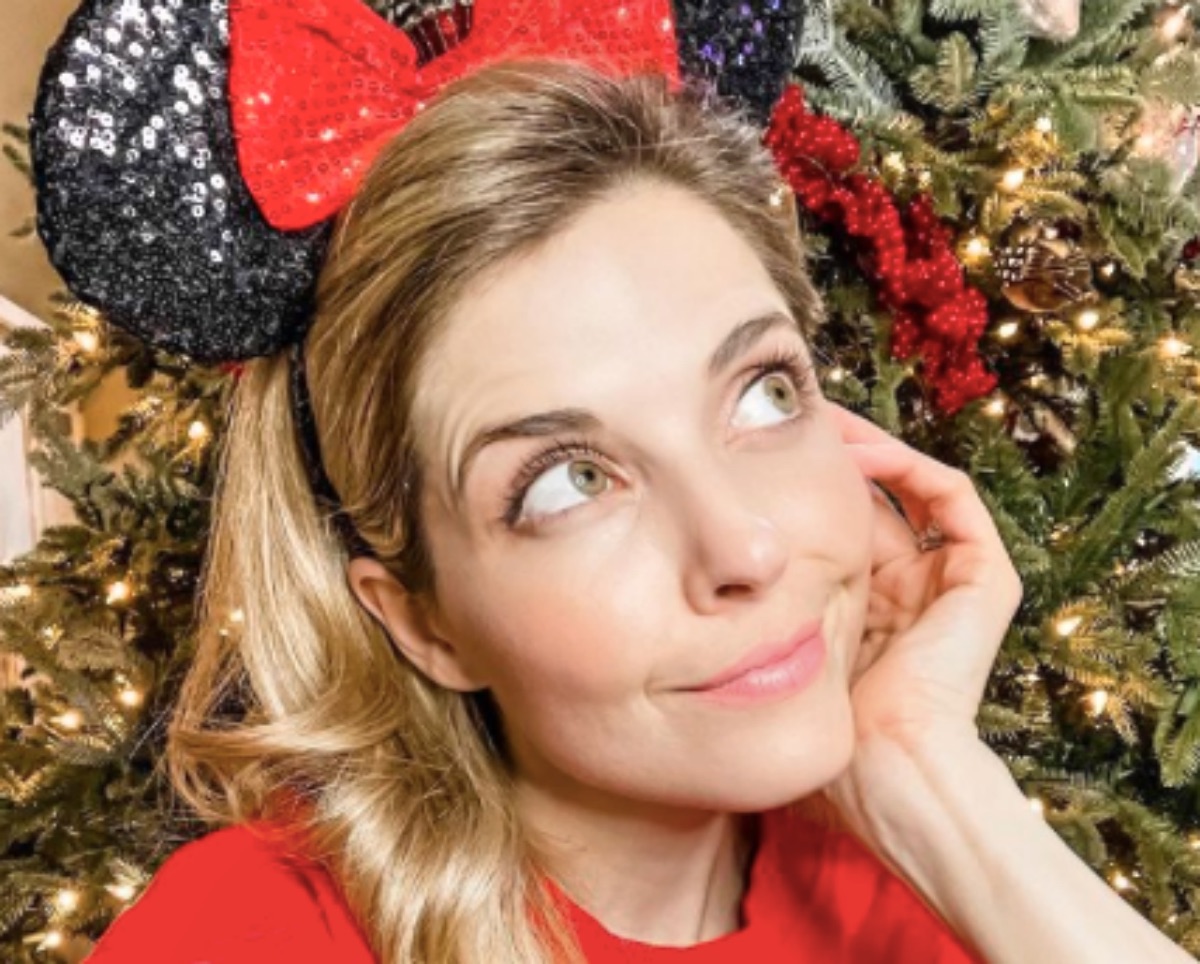 Days Of Our Lives star Jen Lilley recently shared her pregnancy news with her fans. And now, adding to the excitement, the actress posted a sweet baby update on her Instagram. Is it a boy or a girl?!

Find out all about Jen’s adorable gender reveal social media pic below. We’ve also got the scoop on what Lilley shared about adding to her family, and how this celebrity parent discovered

We love seeing celebrities share their pregnancy joy with their fans. And Jen Lilley definitely wins our love for her ongoing updates about her baby bump. In her newest Instagram pic, the Days Of Our Lives star posted her exciting gender reveal photos.

The pics show Jen and her husband Jason Wayne, together with Ryan Lilley, holding onto mixed blue and pink balloons. What will the balloon pop reveal about whether that baby bump will produce a girl or a boy? The expectant mom answered the question in the caption, along with the pic showing pink ribbons floating through the air.

“It’s a girl!!!” rejoiced Jen. Lilley also invited fans to suggest names for her baby girl on Instagram, adding, “According to Jason, we’re 87% committed to a name.” However, the Days Of Our Lives star admitted she had assumed that the name decision was a done deal. “I was pretty sure was 99%,” confessed Jen. “😂 so comment name suggestions below.”

What Has Jen Lilley Revealed About Her Pregnancy?

In addition to the new gender reveal pics, Jen previously discussed her baby bump bliss with People magazine. The Days Of Our Lives star, 37, and her husband Jason Wayne co-parent three children. As for the due date of the new baby? The couple looks forward to welcoming what we now know will be a baby girl in 2022. 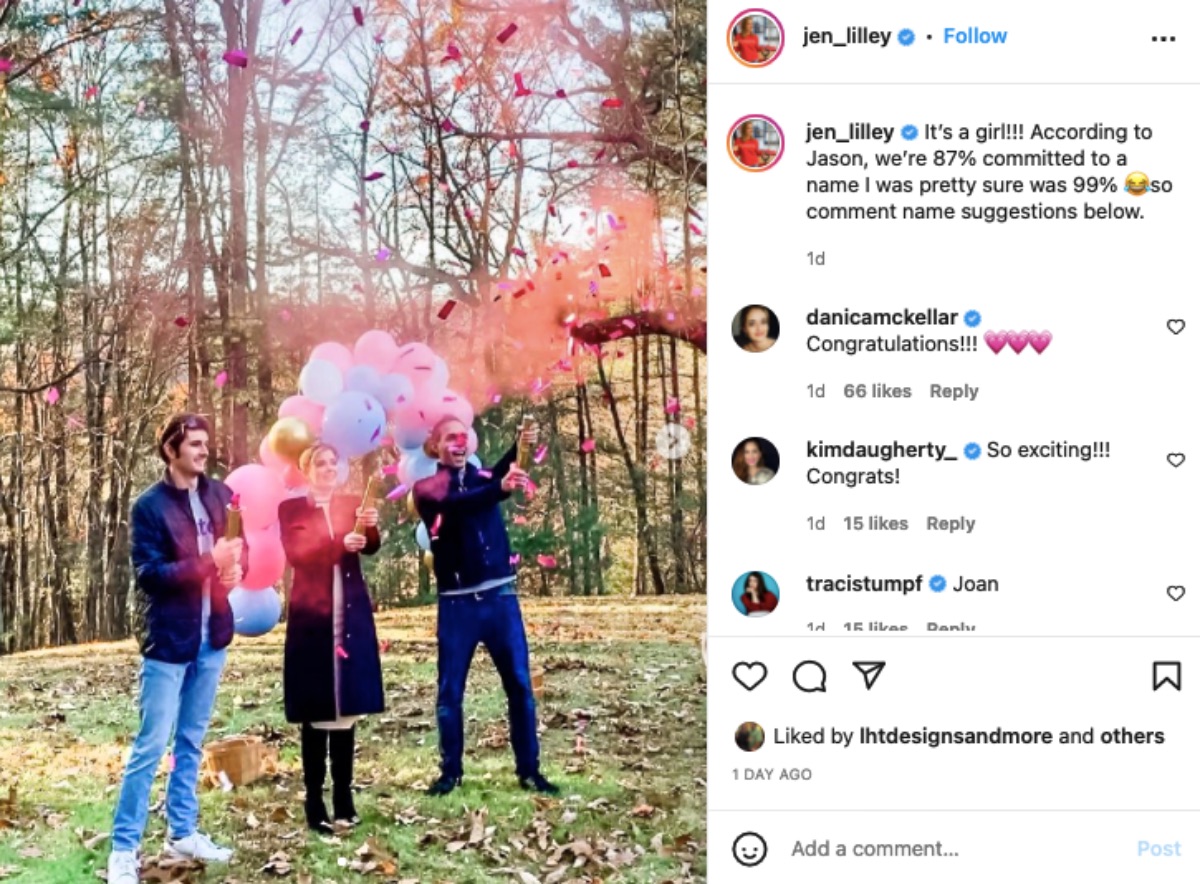 “I’m so, so happy,” summed up Lilley. Jen and Jason adopted half-brothers Kayden, 5, and Jeffrey, 3, from foster care in 2019 and 2020. The little boys’ younger sister, 2-year-old Julie, turned their family of four into a family of five in 2019. “Julie was planned, but this was definitely a surprise,” admitted Jen.

As for how Lilley discovered the surprise pregnancy, she described traveling to Canada to film a new TV movie, “Royally Wrapped for Christmas.” Jen noticed that something felt different. “I felt very pregnant,” summed up the Days Of Our Lives star. And voila! Lilley soon confirmed that her intuition was correct.

In a cute photo earlier this month, Jen even shared her daughter’s excitement. Little Julie sports a sweatshirt reading, “Big Sister.” The 2-year-old feels thrilled to finally stop ranking as the youngest in the family and become big sister! Awww. Tell us what you think about Jen Lilley’s gender reveal pic? How cute is that?! And after you’ve shared your views with us, be sure to check back on our site for all the celebrity parent news.