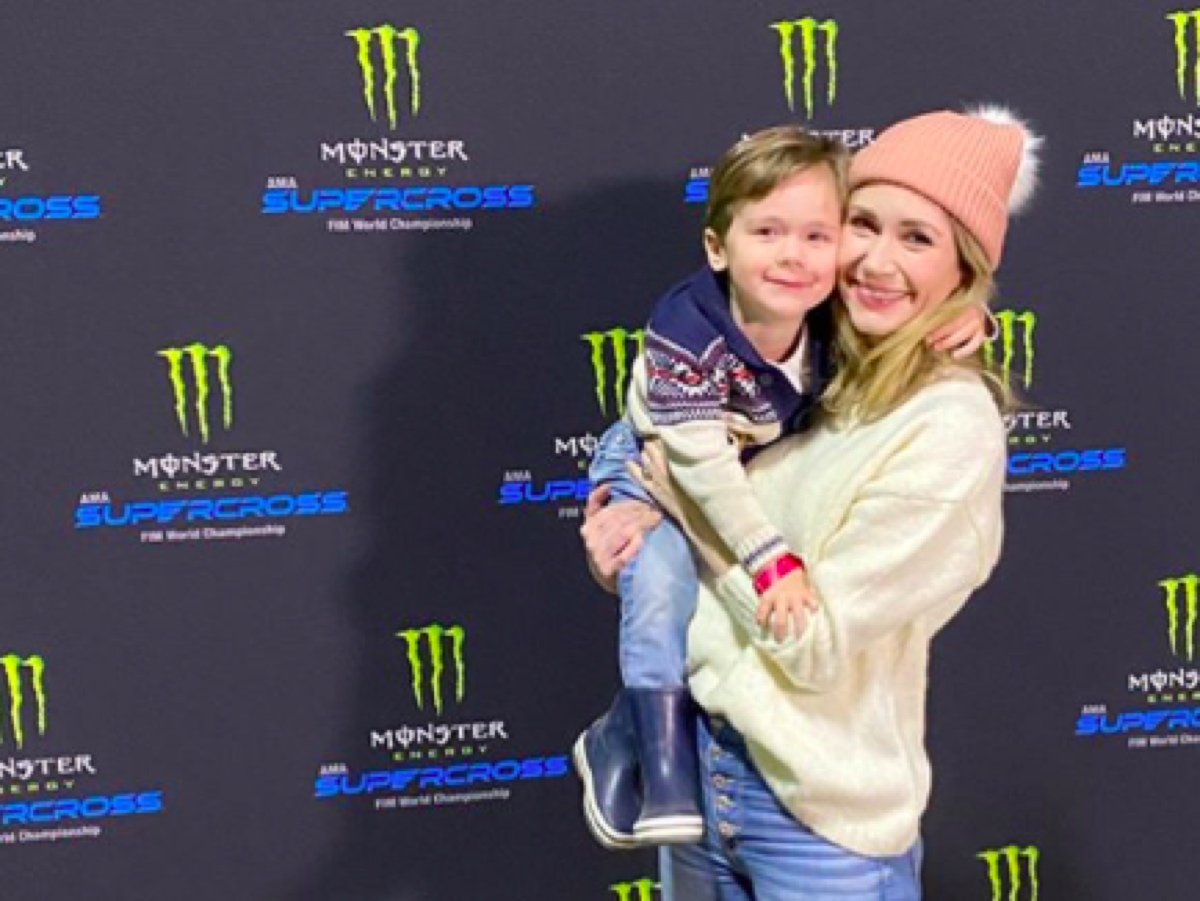 The Bold and The Beautiful spoilers reveal that actress Ashley Jones recently posed for a photo on her Instagram account at a ball game, holding her little cutie Hayden!

B&B Spoilers: Ashley Jones And Hayden Were At The Angels Stadium Of Anaheim

Ashley and Hayden were at the Angels Stadium of Anaheim, California on what appeared to be an unusually cold day for Southern California, with the two bundled up like they were dressed more appropriately for a ski trip in some peoples’ opinion! Ashley posted, “Soccer in morning⚽️⚽️motorcross at night. #HaydenPlannedTheWeekend Where my #boymoms at?? (But second picture was worth it all… #KidGotSpirit- and check stories).

Bold And The Beautiful Spoilers: Ashley Jones Has Two Little Boys And Is Married To Joel Henricks

Ashley Aubra Jones is an actress, and is probably best known for her roles as Parker Forsyth on the ABC daytime drama “General Hospital”, Dr. Bridget Forrester on the CBS daytime drama “The Bold and The Beautiful” and Megan Dennison on “The Young and The Restless”, also on CBS.

She also has appeared in several made-for-television movies such as “You Killed My Mother”, “Homekilling Queen”, and “12 Days Of Giving” as well as some primetime television series such as “Major Crimes”, “9-1-1”,” NCIS”, “NCIS Los Angeles”, “CSI: Cyber”, “CSI”, “CSI:NY”, “Private Practice”, ”House”, “The Mentalist”, and many others, and has also done some production work, namely TV movies “The Secret Sex Life of a Single Mom “, “A Sister’s Revenge”, “Secrets From Her Past”, and “Dead At 17” as executive producer as well as acting in the movies!

A very talented lady indeed, and posts frequently on Instagram, mostly about her family and especially her cute little boys. She also recently reached out to would-be-mothers on another Instagram post, encouraging them by telling about her own previous experiences with a miscarriage and infertility.

Watch your TV listings for Ashley’s TV movies to see Ashley, and keep checking Celebrity Baby Laundry for all the latest news, updates and developments!