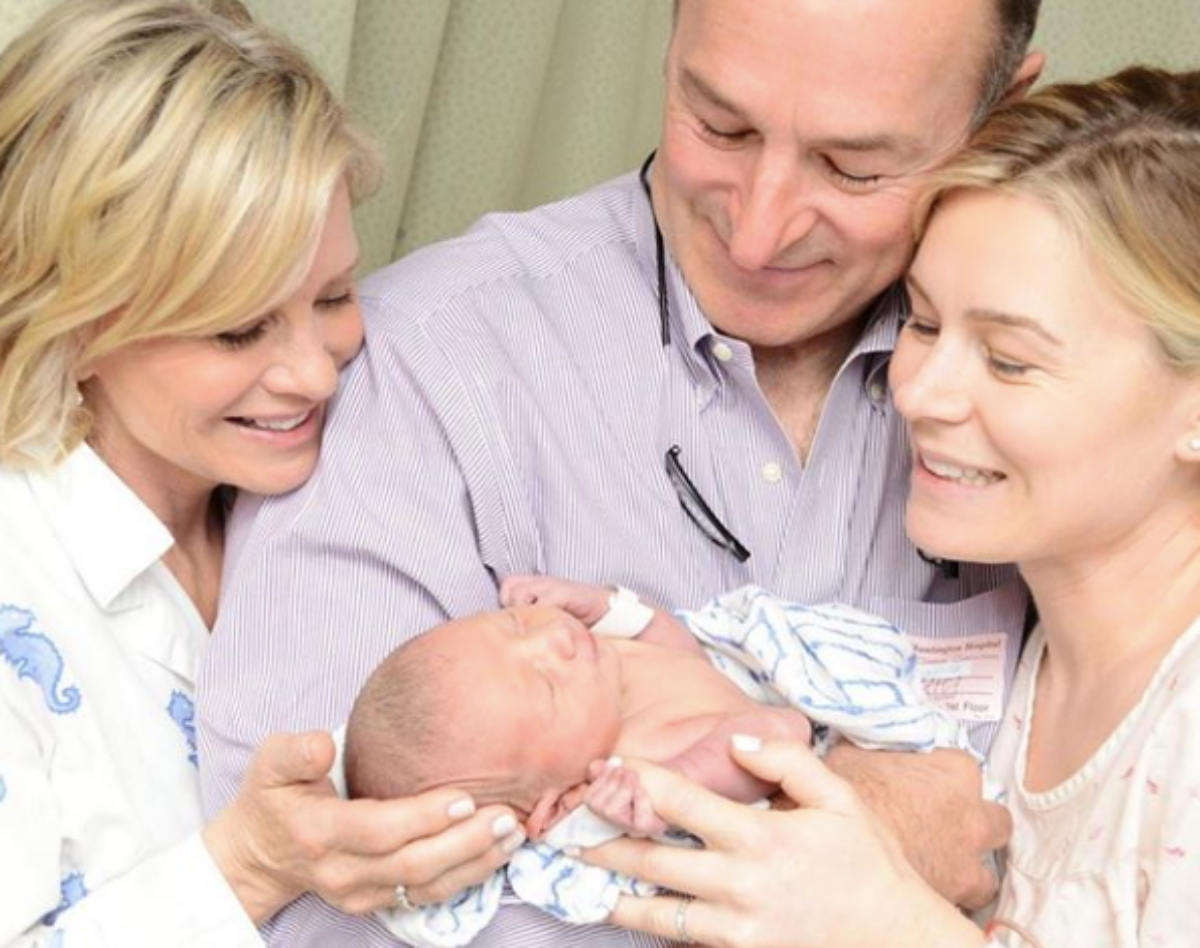 Days of our Lives spoilers teases that Mary Beth Evans, best known as Kayla Brady on the NBC daytime drama “Days of Our Lives” recently welcomed a new grandson, Luca Michael, and announced it on Instagram.

Luca Michael was just born yesterday to Mary Beth’s daughter Katie and her husband Cory, and Grandma Mary Beth was posting her brag book on social media as soon as she could! She posted one photo of him newborn, swaddled in a hospital bassinette and captioned “Welcome to the world sweet Luca Michael.

Get ready for a life smothered in love and kisses. #happygrandma #dolliebecomesamama” Luca Michael is Katie and Cory’s first child. There are so far five photos of baby Luca Michael, some with Katie and Cory and others with Katie and Mary Beth and one with Mary Beth and her husband, Michael Schwartz. You should check out these other photos too because they capture the essence of a grandma in love with her newest grandbaby!

More About Mary Beth, Her Family, And Her Career

Mary Beth and her husband also have another grandbaby on the way, via their son Daniel and his wife, Sharon, who are the parents of Mary Beth and Michael’s first grandchild, Henry. There are plenty of photos of Henry on Mary Beth’s Instagram as well! Henry was born in 2018 so he will be two this year.

They also have another son, Matthew. Many of her fans do not know that she is also a blogger in her spare time, and launched lifestyle blog Plank (www.plank blog.com) in 2015. In 2016, she talked with her “Days of Our Lives” co-star Stephen Nichols about parenting and grandparenting.

She wrote “Stephen Nichols and I have known each other for more than 30 years, and I’ve always known that he’s an amazing father; but watching him become an amazing grandpa has been so much fun. Before our Summer break, I asked him to sit down with me to discuss parenting and grandparenting. Hope you enjoy our chat!” You can see her interview with him here: http://www.plankblog.com/family/parenting-grandparenting-a-conversation-with-stephen-nichols/ and that is a very interesting interview.

She Has Had A Mini-Cooking Show On The NBC App For Several Months Called “M.B.’S Kitchen.”

She is also a proficient cook, and has had a mini-cooking show on the NBC app for several months called “M.B.’s Kitchen.” Once she marketed her homemade mini apple pies in the Williams-Sonoma catalog, and says of that venture, “The year that my baby pies debuted in the Williams Sonoma catalogue, they were the No. 1 seller for Thanksgiving. I’ve had some successes for not even being a chef or anything.” This was in 2005, when Mary Beth became an entrepreneur and started Mary Beth’s Apple Pie Company using her modified version of an old family recipe.

The company went on to sell more than 3,000 full-sized pies on QVC in addition to the mini versions in the Williams-Sonoma catalog. Mary Beth has appeared on Days of Our Lives as Kayla Brady since 1982 with a few gaps, and also appeared as Katherine Bell on General Hospital from 1993-1999. Coincidentally, Stephen Nichols appeared on General Hospital during the same time period, as Stefan Cassadine.
Currently, you can see both Mary Beth and Stephen on NBC’s Days of Our Lives. Keep checking Celebrity Baby Laundry frequently for all the latest news, updates and developments!