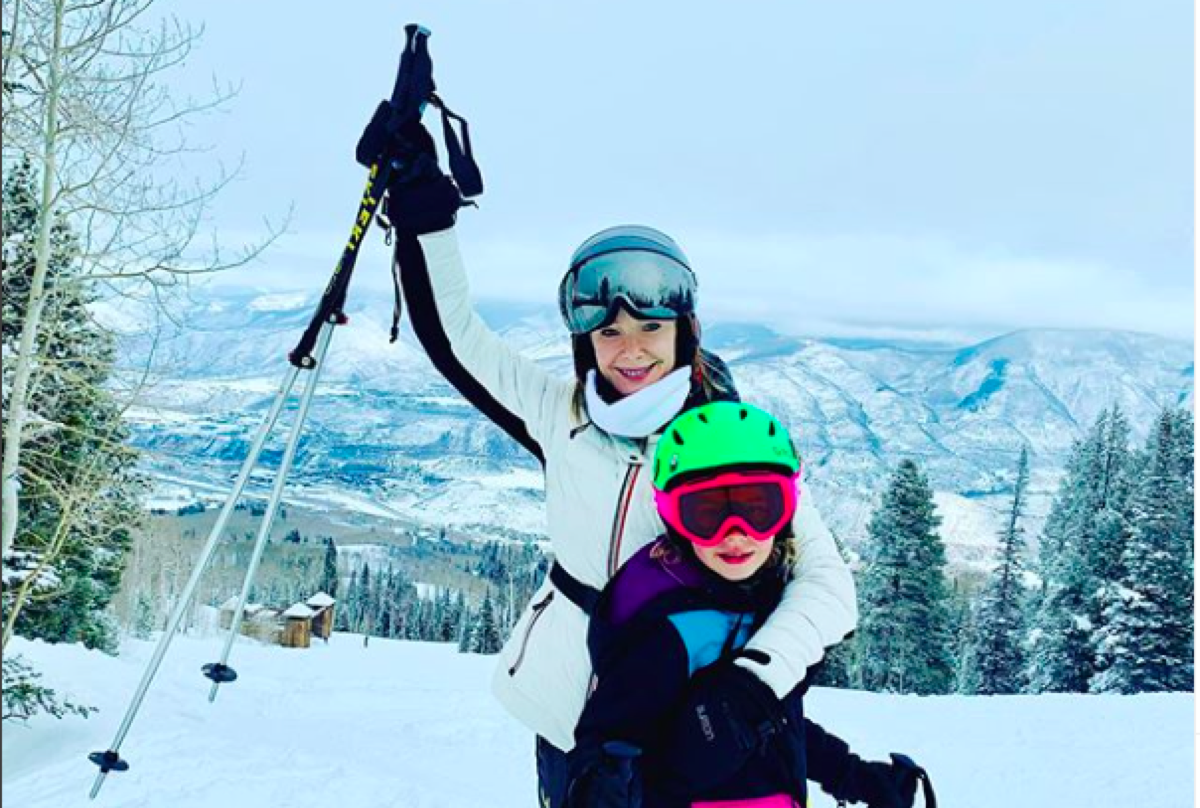 The Bold and the Beautiful spoilers teases that actress Jennifer Gareis decided a mother-daughter ski day would be a fun outing for the two, and posted their outing on Instagram recently.

Seven year old Sophia Rose Garies Ghassemieh looks like she’s having fun with her mom in the photo Jennifer posted. Jennifer captioned the photo “#mommydaughterday #mybabygirl #mylove #myange #myheart #daughter#skidate #skiing⛷ #aspencolorado #aspenlife.” The photo was taken on Buttermilk Mountain, which is best known around the world for being home to the X Games Aspen.

The mountain has also become an icon for freestyle riders and skiers, who hit up the Buttermilk Park to see what they’re made of. But the mountain is also easy-going for beginners and families, boasting uncrowded beginner terrain and The Hideout, an innovative learning center for young skiers. The family goes skiing quite frequently as is witnessed by all the ski vacation photos on Jennifer’s Instagram account.

More About The Family

Jennifer Garies is married to Bobby Ghassemieh, and they have two children; Gavin Blaze Ghassemieh, born on 3/17/10 and Sophia Rose Garies Ghassemieh born on 6/29/12. Jennifer portrays Donna Logan on the CBS soap “The Bold and the Beautiful” currently, and has also portrayed Grace Turner on the CBS soap, “The Young and the Restless”. She has also played in the following movies: Miss Congeniality (2000), The 6th Day (2000) and Private Parts (1997).

Jennifer Gareis was born on August 1, 1970 in Lancaster, Pennsylvania, and gave birth to her first child at age 39, Gavin Blaze Ghassemieh. She gave birth to Sophia Rose at age 41. She attended Franklin & Marshall College and majored in accounting and was on the Franklin & Marshall swim team in college and was also an NCAA All-American swimmer in the butterfly competition, placing in the top five nationwide.

Jennifer has won numerous beauty pageants and she has been both Miss New York — USA 1994 and Miss Hawaiian Tropic — among other titles. She was also second runner-up to Miss Pennsylvania USA 1992 and was a top 6 finalist at Miss USA 1994. Bobby is a well-known real estate developer in Los Angeles, whose firm, an affiliate of family real estate company Atlantic Pearl, developed the “Mr. C. Residences Hotels” among other prominent projects along with his uncle, Alex Ghassemieh. Their firm acquired the former Tower Beverly Hills at Beverwil Drive and Pico Boulevard as the site of the first Mr. C branded hotel.

Tune into the CBS daytime drama “The Bold and The Beautiful” to see Donna in action, and check Celebrity Baby Laundry frequently for all the latest news, updates and developments!

The Goonies Television Adaptation Gets Pilot Order From Fox