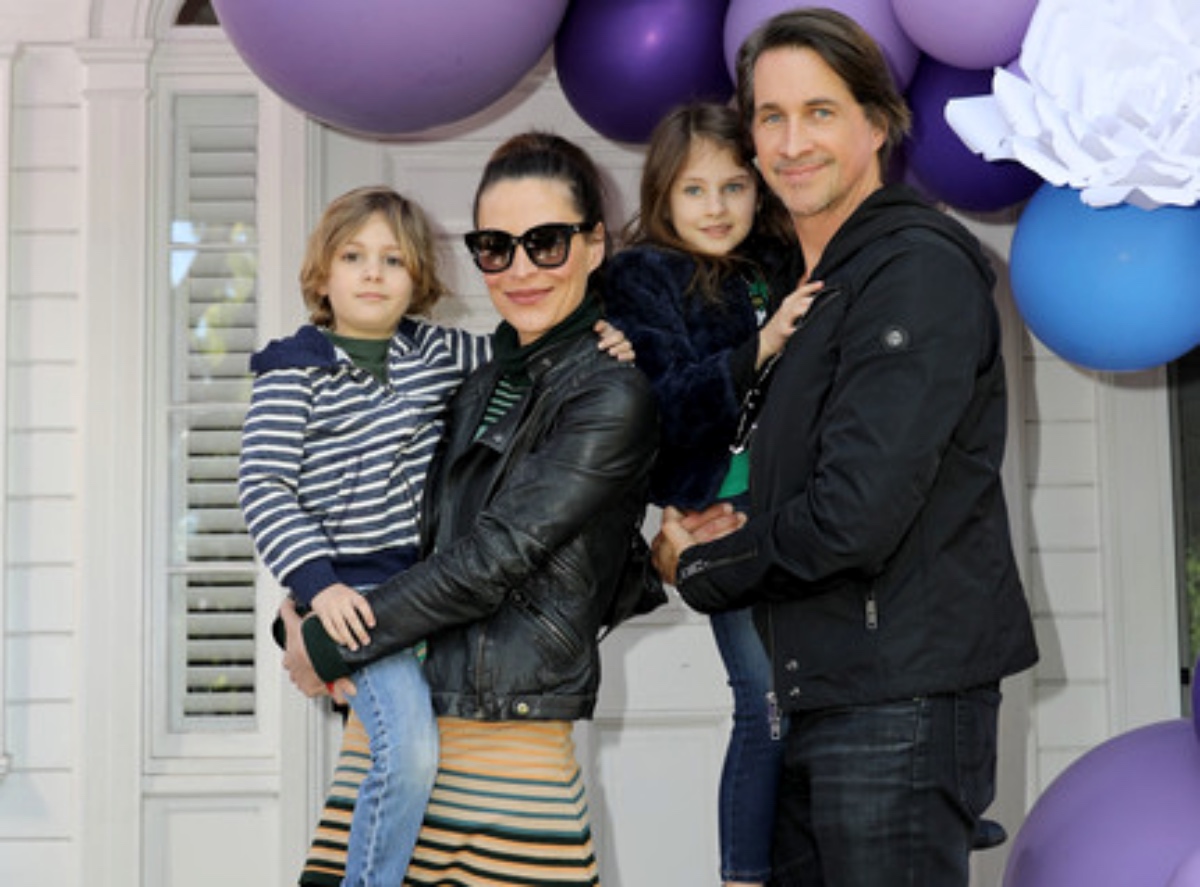 General Hospital spoilers teases that proud father Michael Easton shared his kids’ birthday cards for him as he thanked his fans for his own birthday wishes on Facebook!

You’re the best. Love, Lilah Bell” and Jack wrote “You are the best dad ever. XO, Jack.” This was a huge thing for Michael, who normally is very private and protective over his family, especially over his children!

Michael Easton is an actor, poet, author, director, and graphic novelist, and he has the distinction of having played three different characters since he has been on General Hospital; John McBain, a detective; Silas Clay, a doctor; and Hamilton Finn, another doctor. He also played a vampire, Caleb Morley on the General Hospital spin-off Port Charles. His book of poetry, Eighteen Straight Whiskeys sold out both printings, although there is a third in the works. The first printing in 1997 and a second in 2002 both sold out.

Described by the Hollywood Reporter as “A 96-page collection of hard-edged musings on drinking and drugs…not flowery paeans to romance, lost love, or lyrical pastoral introspections”, the collection is a chronicle on the aftermath of grief and a young man coming to terms with himself. Easton began writing the collection over a four-month period in the summer of 1994, while living in Paris after his mother’s death.

When she was diagnosed with ovarian cancer in 1992, he took two years off from a growing acting career to help with her care, and would read to her during rounds of chemotherapy. Raised with a shared love of literature and poetry, and graduating with dual degrees at UCLA, he always wanted to be a writer and said his mother was an enormous source of support and encouragement.

“Having her faith in me was like carrying around the Hammer of Thor,” he recalled. Inspired and influenced by greats such as Dylan Thomas, Charles Bukowski and Raymond Carver, Easton, who is Irish, took the title Eighteen Straight Whiskeys from fellow Celt Thomas—it was reportedly one of the last things the Welsh writer said before he died. In addition, he has written three graphic novels – Credence, Soul Stealer and The Green Woman and has written and directed several screenplays, Easton’s screenplay Beautiful Loser, a biopic of Montgomery Clift, is currently in development.

Producer Norman Lear subsequently tapped him to write the screenplay Queen of Jazz, about Ella Fitzgerald’s life and legacy. While working on Two as the series lead, he also wrote the episode “A.D.” In 2001 Easton adapted a short film based on an unfinished screenplay by Doors front man Jim Morrison. Daedelus is Dead appeared at more than a dozen film festivals and was later bought by The Sundance Channel. In 2015, Easton’s Ultraviolent, chronicling the last, bizarre night of filmmaker Donald Cammell, won the Best Shorts Showcase at LA Shorts Fest and was awarded the Grand Prize at both the Barcelona and Canadian International Film Festivals. He followed up with First Strike Butcher Knife, which premiered at the 2017 Los Angeles Film Festival.

Check out ABC’s General Hospital to see Michael in action, and check Celebrity Baby Laundry frequently for all the latest news, updates and developments!