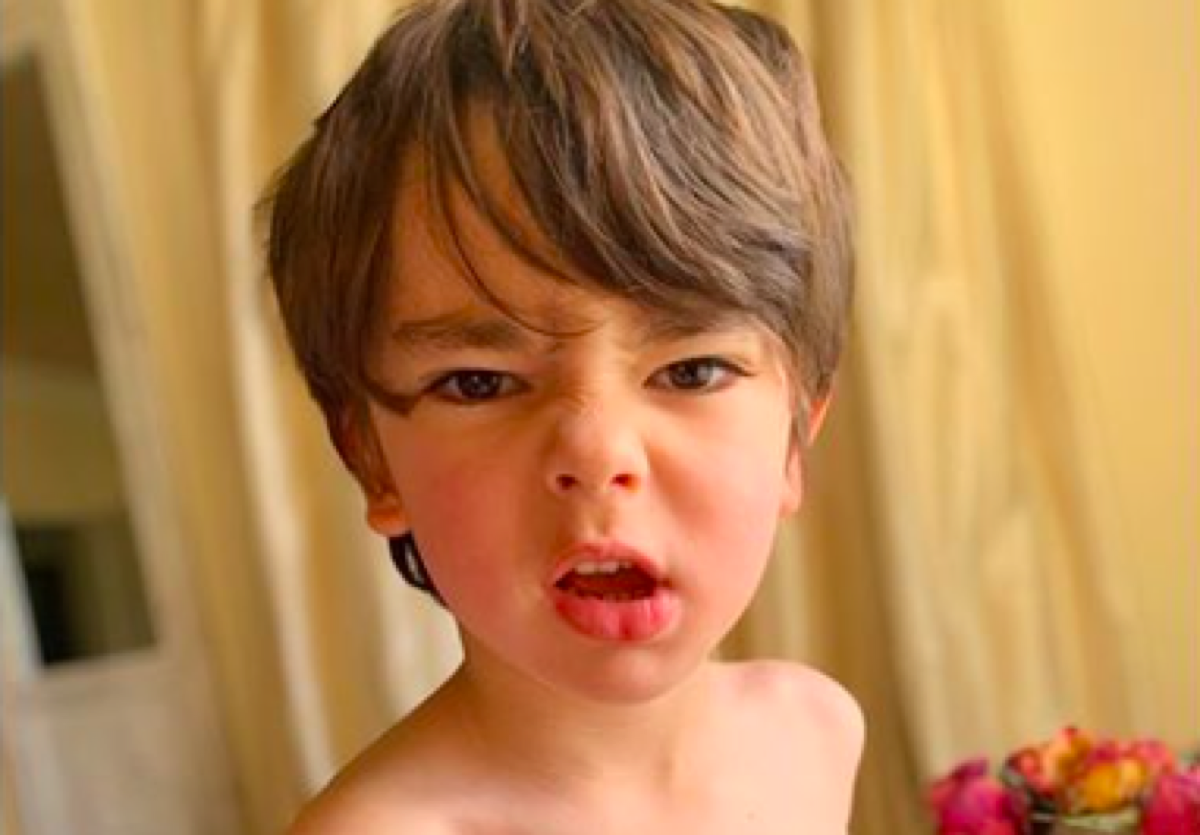 Just Look At That Face!

It’s hard to tell whether Jameson was making funny faces, trying to stifle a sneeze, or growling at his mom when she took the photo but that is quite a face! Michelle writes, “Happy Sunday!!! I hope your day goes better than Jameson’s #LOL!” A couple of fans commented they thought he looked like another character on “The Young and The Restless” as a child, Billy Abbott, played by Jason Thompson! Michelle has two children.

Jameson’s older sister is named Natalia Scout Lee Stafford and she is ten. Both children are in-vitro babies, born via her embryos created with a donor or donors and carried by surrogates.

More About Michelle Stafford And Her Business, “Skin Nation”

Michelle is also a businesswoman, having launched her own skin care line, “Skin Nation” a year ago in February of 2019. She had been inspired to learn more about the chemicals that people put in their bodies on a daily basis and how they affect peoples’ health after her sister was diagnosed with breast cancer. As a result of her research, the actress discovered that a great majority of the products that people put into their bodies are comprised of harmful toxins that have adverse effects on health and they may lead to more health-related risks in the future as well.

As a result, Michelle Stafford created products that are natural and organic, and she even tested them on herself, so no animal testing was involved in their development. Skin Nation was founded because Michelle believes that everybody can benefit from using natural, clean and inexpensive products. The goal of Skin Nation is to educate the public on what is healthy for the skin, and it promotes vitality and health, and she does a Facebook Live every week, usually on Sundays, to educate the public. You can find her Facebook Live broadcasts on her Facebook page, which shows a check in a blue dot to verify it is her official account.

More About Michelle Stafford As An Actress

Michelle created the role of Phyllis Summers and also originated the character of Nina Reeves on the ABC daytime drama, “General Hospital.” She has many awards to her credit, including Daytime Emmy Awards as Outstanding Supporting Actress in a Drama Series in 1996 and Outstanding Lead Actress in a Drama Series in 2005, for her role as Phyllis in “The Young and The Restless”, as well as nominations from 2005, 2007, 2008, 2010, 2011 and 2013.

Check out CBS’s “The Young And The Restless” to see Michelle in action, and check back with Celebrity Baby Laundry for all the latest news, updates and developments!