General Hospital Spoilers: Scarlett Fernandez Reaches Out To Her Fans With A Question 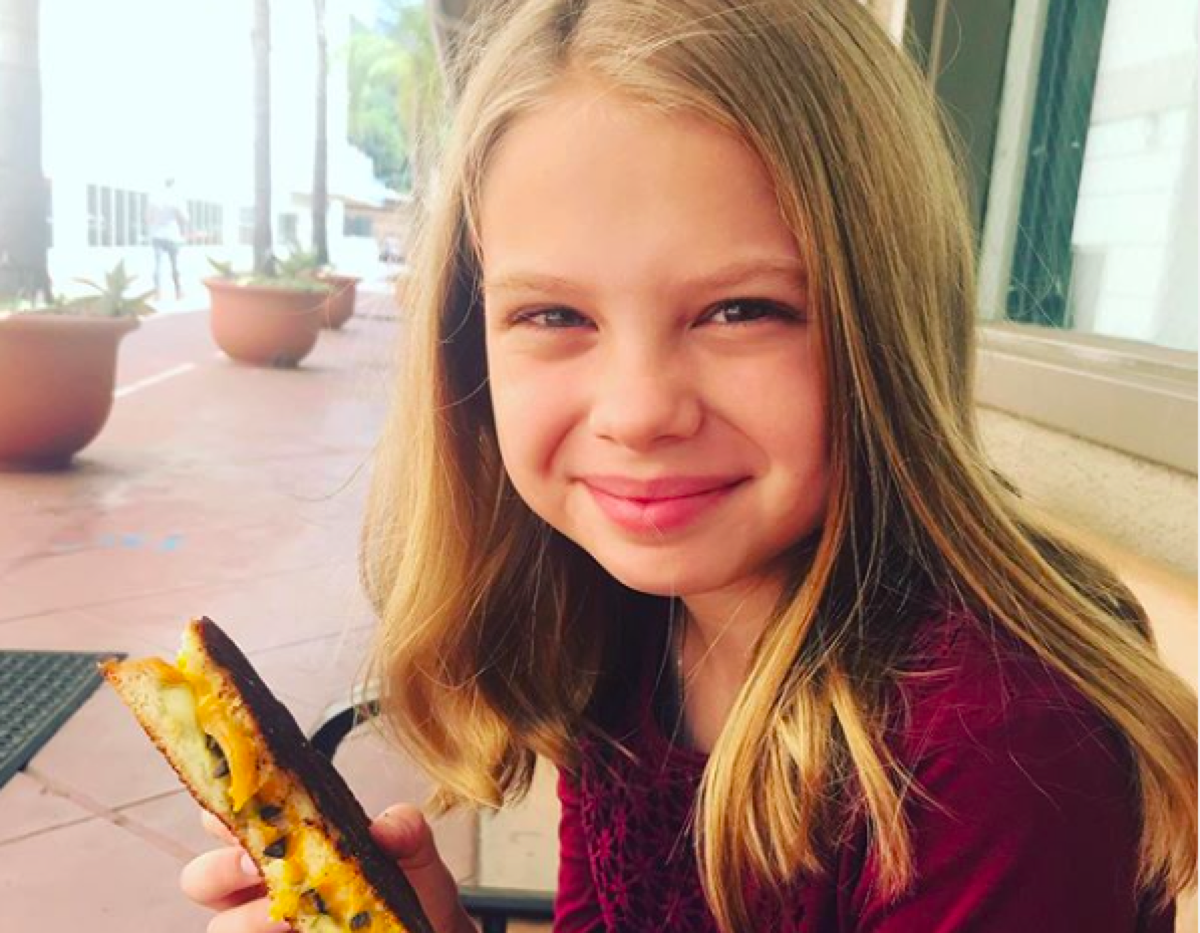 General Hospital spoilers announces that pint sized actress Scarlett Fernandez reached out to her fans recently with a question about the character she plays on the ABC daytime drama “General Hospital! “

She recently posed a question to her fans on her Instagram account: “Hey GH fans, can you name the most common thing Charlotte eats at Kelly’s? @generalhospitalabc has been feeding me well since 2016!!” along with a shot with her in character sitting at the counter of Kelly’s.

As General Hospital fans will know, Charlotte is frequently sent to buy hot chocolate and other goodies, and spends her time at counters or other areas in sight of her adult companions, frequently coloring pictures while she snacks. Fan responses were varied, but one of her fellow General Hospital juvenile actresses, Brooklyn Rae Silzer, who plays Emma Scorpio-Drake got in on the act, and their Instagram conversation went as follows: Brooklyn: “Emma would always get chocolate chip pancakes!

I think Charlotte always gets ice cream??!!!” Scarlett: “@brooklynraesilzer Charlotte eats scones at Kelly’s, but she would eat anything if she could share the bar with Emma!!” Brooklyn: “Same!” Other fan responses were varied, but Scarlett’s official answer was scones!

Hey GH fans, can you name the most common thing Charlotte eats at Kelly’s? @generalhospitalabc has been feeding me well since 2016!! #scarlettischarlotte #charlottelikestoeat

A post shared by Scarlett Fernandez (@officialscarlettfernandez) on Feb 21, 2020 at 10:14am PST

More About Scarlett Fernandez And Her Character Charlotte Cassadine

Scarlett is ten years old, having been born on August 4, 2009, and her character, Charlotte is also ten years old. Charlotte was conceived via in vitro fertilization, with Lulu Spencer’s egg being harvested while she was being held captive by Nikolas’ father, Stavros Cassadine (Robert Kelker Kelly) and fertilized by Valentin, then carried by a surrogate, Claudette Beaulieu (Bree Williamson).

She has a half-brother named Rocco Falconeri (O’Neill Monahan). She also has the distinction of being the oldest ten year old on General Hospital, perhaps in history, referring to a famous General Hospital prop room faux pas that had her birth year as 1996 on a birth certificate that was shown in a close-up scene! She also compared herself to her character in another recent Instagram post, where she posted two pictures of herself, one as herself and one as her character, and commented: “Picture #1 – Scarlett Picture #2 – Charlotte – What do you think of Charlotte’s devious ways on General Hospital?

Just making sure you all know it’s not me in real life, it’s a character they ask me to play!! #ghkids #scarlettischarlotte soapopera #drama.” Charlotte, in recent storylines, has the potential of becoming a child acting out in dangerous ways! Young Scarlett has also played in a couple of other series in her very young career as an actress; she played in the 2016 Fox television series “Lethal Weapon” as Kate, and in the Showtime series “Shameless” as Jeni. However, she is best known as the youngest Cassadine –or is that Romanov – (Valentin Cassadine was recently discovered not to be a Cassadine!) on ABC’s General Hospital, and a feisty one at that!

Check out General Hospital to see both Scarlett and Brooklyn in action, and check Celebrity Baby Laundry frequently for all the latest news, updates and developments!