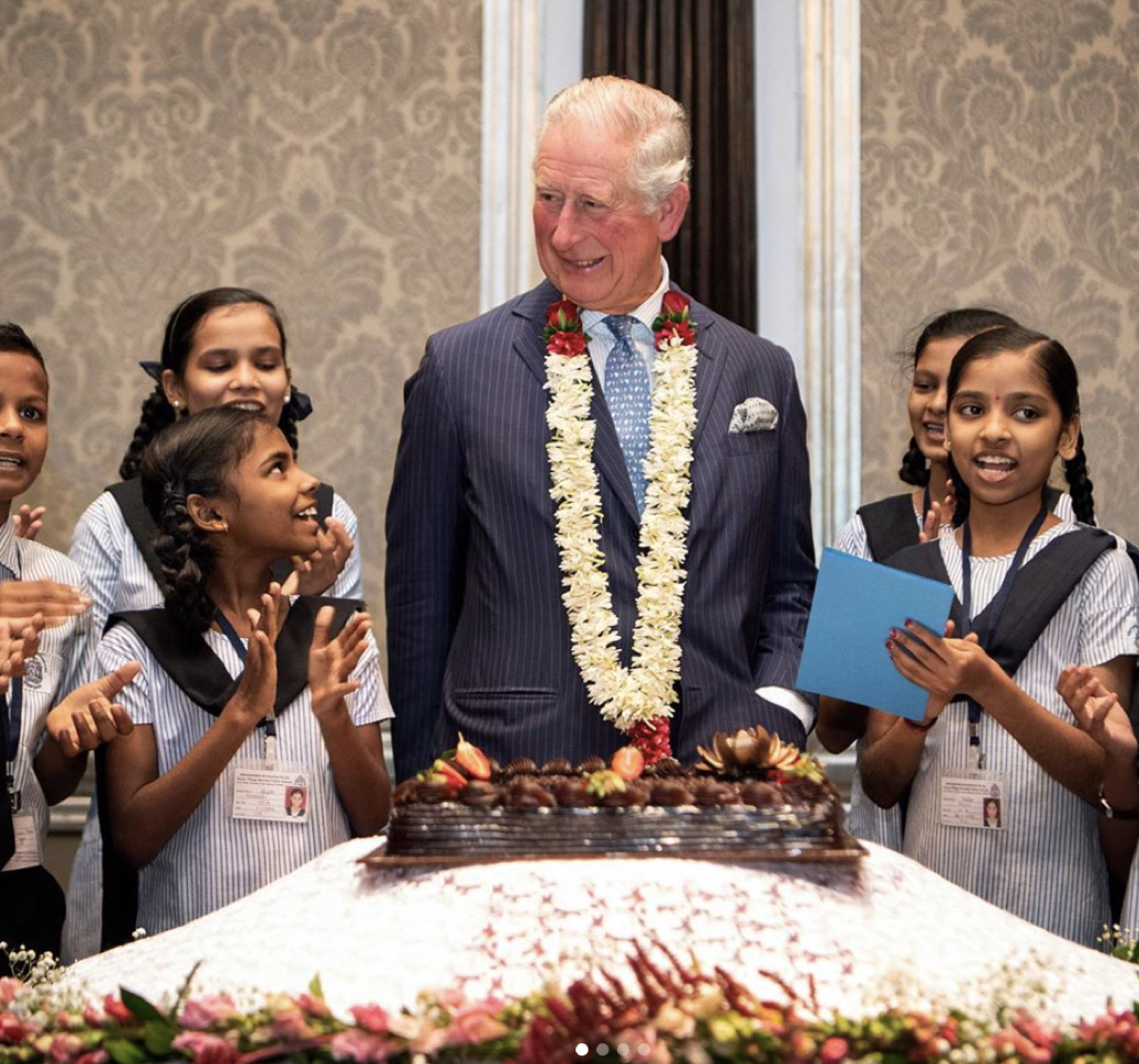 Queen Elizabeth has given Prince Charles the most “motherish” thing that a Monarch mother could do, especially for a child celebrating his 71st birthday; she posted a baby picture of him on social media! The Prince was in India on Thursday, which was his birthday but she wanted to make sure she let him know she remembered the day of his birth!

The photo was posted on Her Majesty’s official Royal Family Instagram account, along with birthday wishes that read as follows: “Wishing the Prince of Wales a very happy birthday! #HappyBirthdayHRH @clarencehouse.” The post included two photos of Charles, one being incredibly touching. This one showed a cherubic Prince Charles as his father, the Duke Of Edinburgh, lifted him in the air while his mother looked on. The other photo showed Prince Charles in front of the Castle of Mey in Scotland earlier this year.

The Prince of Wales has been in India on his tenth official visit to the country, minus his wife Camilla this time. She remained home, preparing for an upcoming tour of New Zealand the couple will be going on next week. During his trip to India, which will last two days, he will also discuss the United Kingdom’s ties to India, climate change, and sustainability. He started his birthday with political business, attending a roundtable meeting with Mumbai businessmen. However, his birthday was sweetened with children singing as they brought him slices of birthday cake.

This is a significant birthday for the Prince of Wales since he is the oldest heir apparent to have ever lived in Britain. This year marks his 50th anniversary as Prince of Wales, and he shared an inspiring Instagram post before he left for India. He included a picture of himself and Camilla from their 2017 visit, and wrote as follows:

“As I depart for India, on my tenth official visit, I did just want to convey my warmest best wishes to all of you in the Sikh Community in the United Kingdom, and across the Commonwealth, on the 550th Birth Anniversary of Guru Nanak Dev Ji. The principles on which Guru Nanak founded the Sikh religion, and which guide your lives to this day, are ones which can inspire us all – hard work, fairness, respect, and selfless service to others. In embodying these values, Sikhs have made the most profound contribution to the life of this country, and continue to do so, in every imaginable field, just as you do in so many other places around the world. This week, as Sikhs everywhere honor the founder of your faith, my wife and I wanted you to know just how much your community is valued and admired by us all, and that our thoughts are with you at this very special time.” The message was signed off: “HRH The Prince of Wales.”

We also wish the Prince a happy birthday. Keep reading Celebrity Baby Laundry for all the latest news, updates and developments!