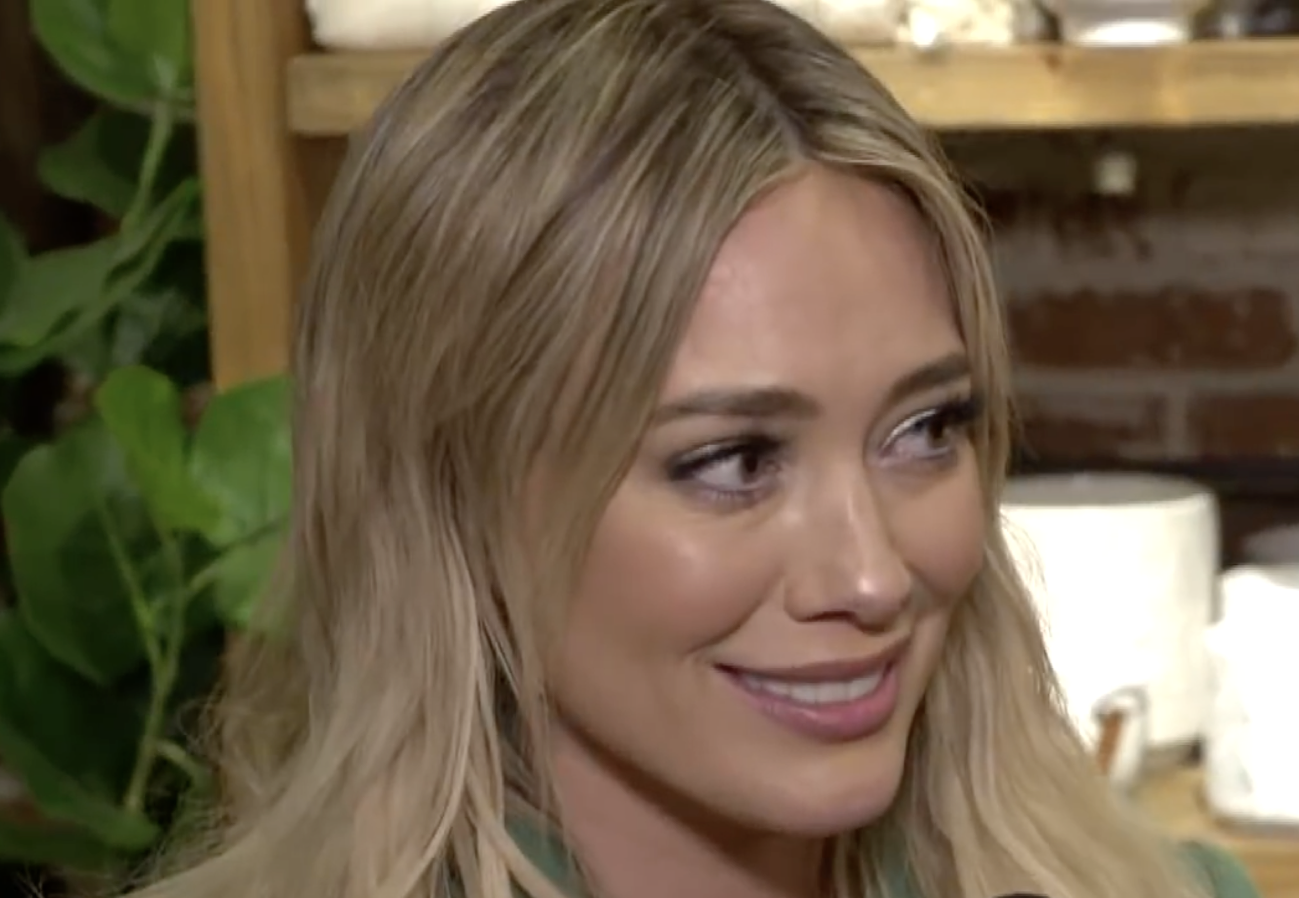 Hilary Duff has confirmed the Lizzie McGuire reboot.The new series is set to premiere on the new Disney+ streaming service. Now Hilary Duff is revealing why now is the perfect time for a Hilary Duff revival. Disney fans can agree as they believe that it was a long time coming. During her time at Daily Pop, Hilary Duff said there was a time in her life that she wanted to get away from Hollywood.

The actress was asked by the hosts if she ever wanted to get out of the public eye. Duff revealed that music was her escape from acting. She was emotionally burned out from filming Lizzie McGuire since they filmed 65 episodes within two years. She had to literally take on the role of Lizzie McGuire during that time. Duff says those years went by so fast that she didn’t get to enjoy being a kid. That’s when she realized she enjoyed having an “identity” outside of acting, which is why she got into singing.

Duff revealed that there was also a time when she wanted to get away from the Disney series. Now she has a new lease on life now that she’s all grown up. Duff’s main priority is her children. But she’s interested in returning to Lizzie McGuire’s story at the age of 30. She’s interested in seeing where it will take the character. As previously reported via People, Duff has celebrated the first week of filming the Lizzie McGuire reboot. She’s also celebrating her newfound partnership with Naturalena Brands.

Duff is also opening up about the pressures about being a child star. With the Lizzie McGuire reboot scheduled to air on Disney+ shortly, fans can help but think fondly about Hilary Duff, who seemed to have it all at the time. Duff revealed in a shocking interview that she struggled with an eating disorder at just 17 years old, according to Distractify. She weighed 98 pounds due to lack of nutrition. Duff revealed that she tried to avoid putting anything in her mouth, and as a result, she became too thin.

She recalls the stomach pains she would get because she wasn’t getting the nutrition that she needed. Duff says that battling an eating disorder was one of her biggest regrets in her teens. These days, the mom of two lives a healthy and balanced lifestyle as she juggles a new marriage, children, and an acting career. Duff feels confident in her own skin and feels that her days with an eating disorder are behind her.