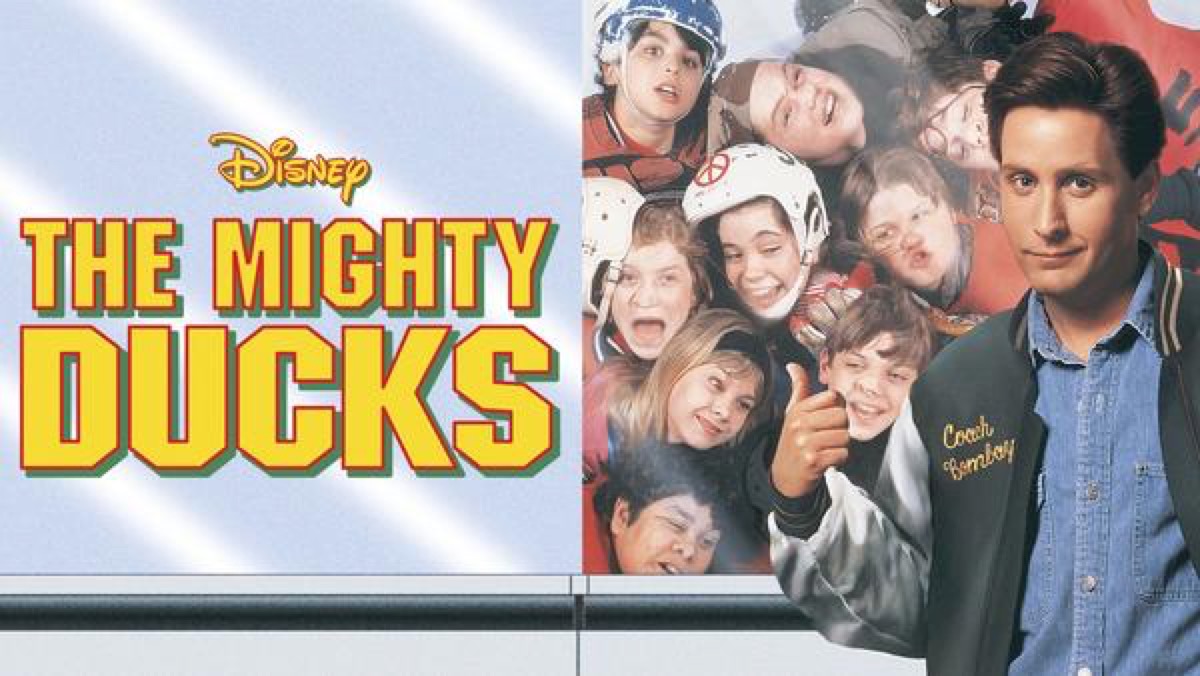 The Mighty Ducks reboot finally has new information. Plans to turn the 1992 movie into a TV show were announced earlier this year. However, since then any mention of the project has been rare. That is, until now. Find out everything that is known about the filming project.

The 90s Movie is a Classic

Released in 1992, The Mighty Ducks movie starred Emilio Estevez. He portrayed a drunk driving lawyer sentenced to community service. To comply with the courts, he is forced to coach a hockey team.

Estevez’s character was described as cold-hearted. However, most family movies have the main character to learn a valuable lesson. This certainly was the case in The Mighty Ducks film, too.

There was a sequel released titled D2: The Mighty Ducks.

The Mighty Ducks Reboot: All the Details

According to Discussing Film, the synopsis of the reboot states the series centers on a 13-year-old boy and his mother. When the boy gets kicked out of the Mighty Ducks hockey team, his mother decides to create a new team, complete with a coach and practice area.

Filming will take place in Vancouver and is scheduled to begin in 2020. There is no estimate on when the filming will be complete or when it could become available on Disney+. Making a TV show is a complex process, so we will just have to wait for updates on production.

TV Show Will Air on Disney+

On November 12, Disney+ will launch its platform. It will provide thousands of movies and television shows from the network archives. Due to an acquisition deal with FOX, shows as The Simpsons will also be available.

The Mighty Ducks isn’t the only reboot that is happening. Others to look forward to including Revenge, Zorro, Lizzie McGuire, Gossip Girl, The Equalizer, Walker Texas Ranger, High School Musical the Series, Designing Woman and many more.

Were you a fan of The Mighty Ducks movie and sequel? Will you be watching the reboot when it is available on Disney+?

Be sure to tune in to catch up on everything happening on your favorite television shows right now. Come back here often for the latest in TV spoilers, updates, news, and rumors!