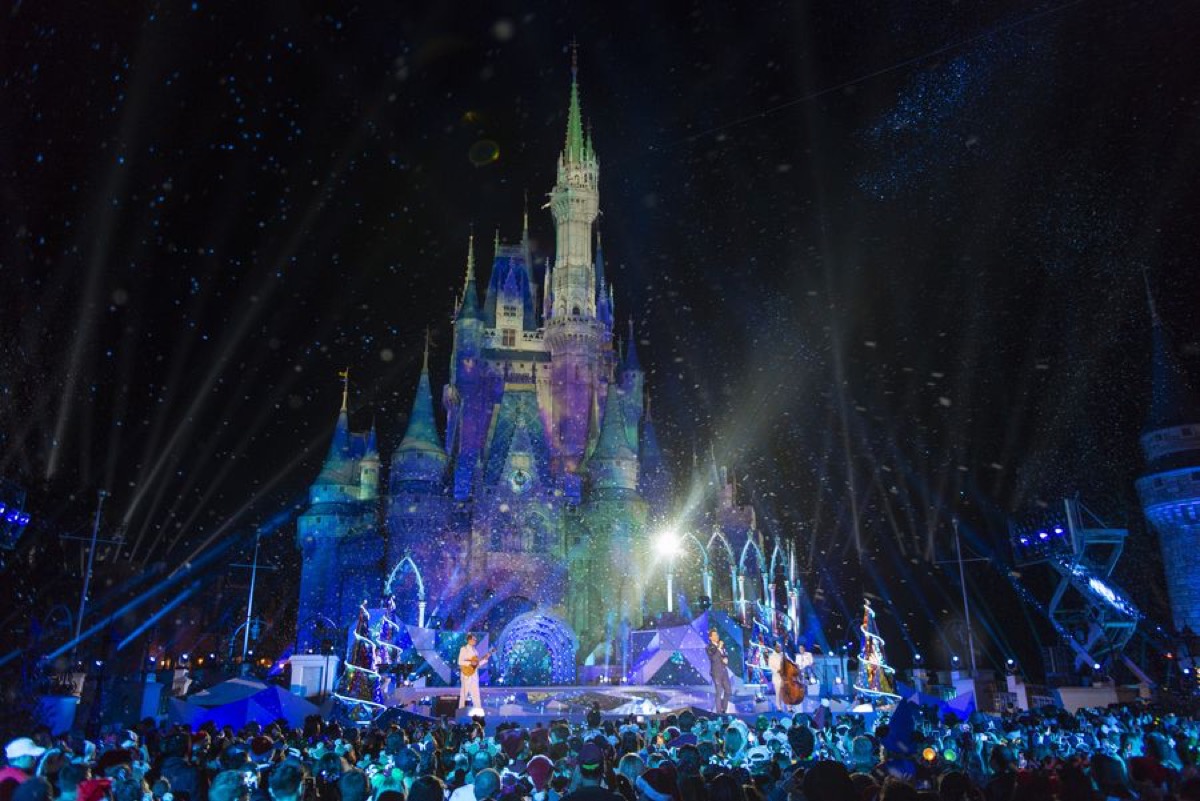 Disney is typically known for their incredible holiday specials. It looks like it’s working out for them since they have three underway. This news comes after the success of The Little Mermaid Live which premiered on ABC earlier this week. Now, Disney’s cruise line and theme parks are planning three-holiday specials on the same network. Those specials include Disney Channel Holiday Party @ Walt Disney World, Disney Parks Magical Christmas Day Parade, and The Wonderful World of Disney: Magical Holiday Celebration.

The festivities include a two-hour Magical Holiday Celebration on Thanksgiving night, which is hosted by Emma Bunton, Jesse Palmer, and Matthew Morrison. The show takes place at Cinderella Castle at Walt Disney World in Florida and Sleeping Beauty Castle at Disneyland California. You’ll also get to see a sneak peek at Star Wars: Rise of the Resistance, which will open at Star Wars: Galaxy’s Edge on Dec. 5 at Walt Disney World’s Hollywood Studios and later on Jan. 17 at Disneyland Park California.

The Little Mermaid Live: How Did it Do? @robyncgood https://t.co/kMrMRxOqoT

There will be scenes on the Disney Cruise Line. Viewers will also experience Mickey and Minnie’s Runaway Railway, which is expected to arrive in Hollywood Studios in spring 2020 and later to Disneyland Park California. As for the Disney Parks Magical Christmas Day Parade, that will run for two consecutive hours on Christmas morning. Expect to see a lot of the same guest stars that you will see in the previous holiday specials.

You’ll also see a parade going down Main Street U.S.A. Other scenes include what’s arriving at Disney California Adventure Park in 2020, a sneak peek at Avengers Campus, and the new Disney Skyline gondola system that’s arrived at Walt Disney World park back in October. What are your thoughts on Disney doing three-holiday specials?

Are you looking forward to the upcoming holiday season? Sound off below in the comments section.