The Little Mermaid Live: How Did it Do? 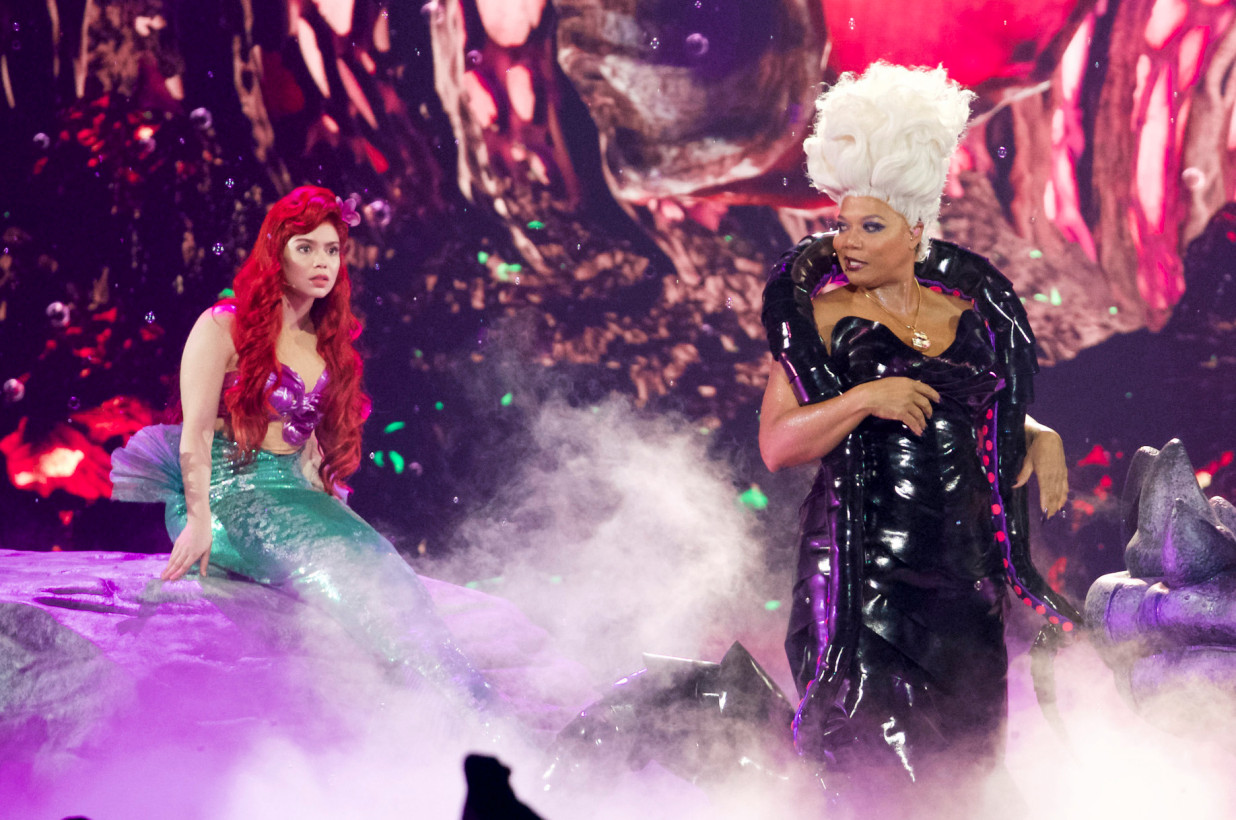 The Little Mermaid Live broke records on Tuesday night. And it looks like it could be a very good thing for Queen Latifah’s acting career. But first, let’s talk about ratings. The Little Mermaid Live scored huge ratings for ABC. The hybrid live film and musical had the best 18-49 rating than any other program for the entire fall season, according to The Hollywood Reporter.

It scored high with a 2.6 rating among adults 18-49. It even topped another popular series, The Masked Singer for that same demographic. The Little Mermaid Live attracted 8.98 million total viewers during the 8-10 p.m. night slot. It also gave Emergence a boost for its demo rating since its premiere. The new series has received its biggest total audience as a result.

The Little Mermaid Live: How Did it Do?

The Little Mermaid Live’s ratings were even better than previous live musicals. Fox’s Rent Live aired back in January and only received a 1.4 among adults in the 18-49 age range. It only attracted 3.42 million viewers. It was currently had the best numbers at that time for a live musical since Fox aired Grease Live back in January 2016.

It also looks like The Little Mermaid Live could be a good thing for Queen Latifah. The actress stole the night with her performance of the classic Disney villain Ursula. Now a reboot of The Equalizer is currently in the works at CBS with Queen Latifah as the leading lady. The original series ran on CBS from 1985 to 1989 and was the brainchild of Richard Lindheim and Michael Sloan.

For those who don’t know, The Equalizer was a popular show in its heyday. It attracted a new audience and even achieved box office success. It was later developed into feature films and Denzel Washington as the lead actor. The Equalizer films were directed by Antoine Fuqua and followed Robert McCall (played by Denzel Washington) as a retired Marine who moves to Boston to get away from his past.

His quiet life is quickly abrupted by an encounter with Russian gangsters. Alongside Washington was Bill Pulman, Chloe Grace Moretz, David Harbor, and Melissa Leo. The Equalizer was a major hit when it was released in 2018. So, CBS is probably onto something with its modern reboot. However, The Equalizer will come alive to the small screen with a woman as the leading role.

But let’s get back to The Little Mermaid Live. TVLine viewers gave Ariel’s live performance an average grade of C+. They claimed that the live musical got a little too soapy at times. Ariel and Eric weren’t as convincing in their roles. It seems that Latifah’s Ursula and Shaggy’s Sebastian were the characters that stole the show.

What are your thoughts on The Little Mermaid Live? What was your favorite part of the performance? Sound off below in the comments section.