Here’s What Princess Charlotte Will Be Called In School 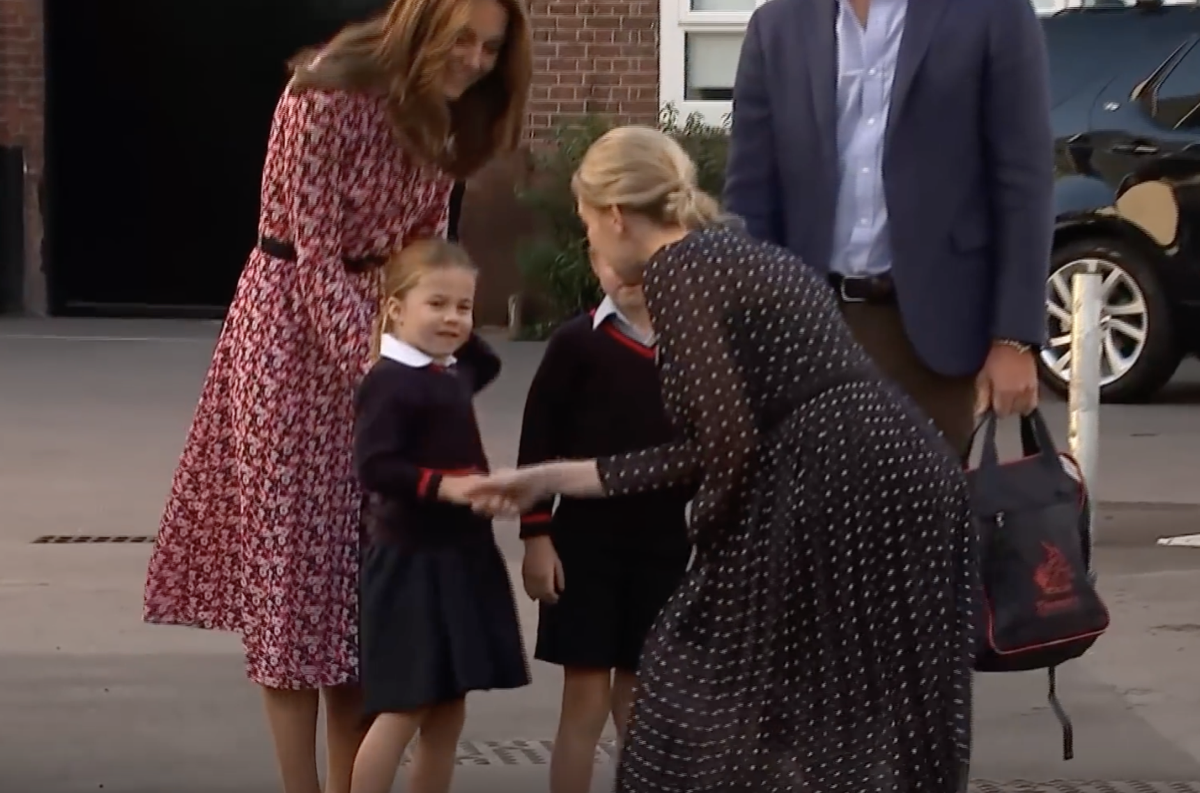 The world might know her as a princess, but at school, she’s just going to be another first-year student that is going to fit in quite well with the rest of her class. At least, that’s what everyone is hoping for! There’s a new report that says Princess Charlotte will be going by a different name in her new school and it’s one that she might not be used to. Here’s what you need to know.

Here’s What Prince George Can Expect This School Year

The fourth in line for the throne has just joined her older brother Prince George at their first day of school at the prestigious private prep school in London. It’s also been noted that George also uses Cambridge as his last name in his class. However, his friends have given him a very cool nickname: ‘P.G.’ Perhaps Charlotte will get her own nickname? After all, C.C. does have a nice ring to it!

The members of the royal family’s last name is actually Mountbatten-Windsor, which is a combination of Prince Philip’s and Queen Elizabeth’s last names. While Prince William and Kate Middleton’s children will be using Cambridge as their surname, Prince Harry and Meghan Markle’s son Archie Harrison will be known as a Mountbatten-Windsor. Seeing how little Archie is just a few months old, we’ve got plenty of time before we get to see the Sussexes take him to meet his teachers on his first day of school, too!

The First Day Of School

So far it looks like Princess Charlotte and her big brother Prince George is settling in quite well at school. While there’s no doubt that they probably miss the summer months, we are sure that this school year is going to fly by. Fingers crossed!