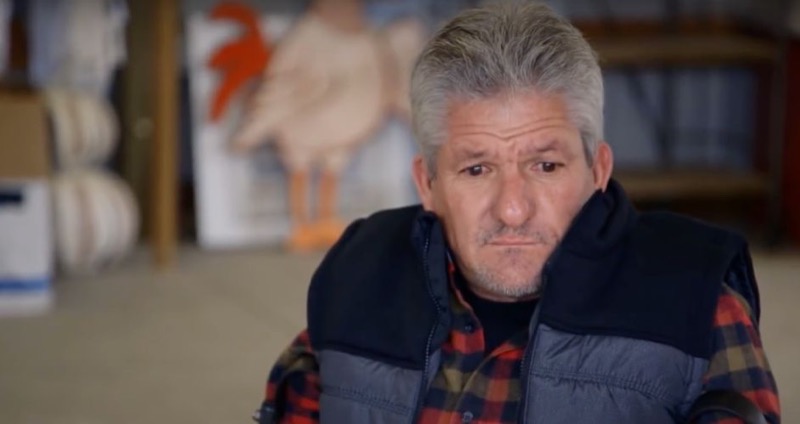 Little People Big World, (LPBW) spoilers and updates revealed that Zach and Tori fell out with his dad, Matt Roloff. Actually, the bust-up happened in 2o21, but fans only heard about it in teasers for  Season 23. TLC fans already know that the young couple took their kids and left Oregon for Washington. On May 12, Jackson celebrated his fifth birthday and some fans wonder if unusually, Matt snubbed his grandson.

Tori took to her Instagram and dumped plenty of photos of  Jackson the day before he turned five. Then, in her Stories, she revealed that they spent at least part of the time at the airport. There, Jackson grew very excited about a Delta plane coming in to land. Of course, if you follow the show and the family, you probably already know that he hopes to be a pilot one day. It’s not clear why they visited the airport, but perhaps someone close to them arrived to celebrate their son’s birthday.

Little People Big World fans obviously wondered if Matt Roloff would spend time with his grandson on his birthday. On May 10 last year, Matt spoke with Alex Lace on the First Class Fatherhood podcast and mentioned Jacob’s molestation. Perhaps because he was busy with media statements, he didn’t post anything about Jackson on his profile on his birthday. Instead, he posted up a tour of the farm. So, is it unusual that he didn’t post up about Jackson’s birthday on the day it happened in 2022?

Folks couldn’t help but notice that this year, on the day that Jackson Roloff turned five, Matt took to social media to share the news that he put the farm up for sale. it’s not the entire farm, but the northern section that he bought from Amy. On Reddit, some people focused on his timing.

u/sehaugust wrote, “Does anyone else think, in light of Zach/Tori and Matt/Caryn’s rift, that it was a little pointed for Matt to announce he’s selling Roloff farms on Jackson’s birthday? He hasn’t said ‘happy birthday’ to his first grandchild, but he has announced he’s selling Zach’s childhood home which he recently tried to buy.”

Actually, the Little People Big World star did post up about his grandson’s birthday the next day. Notably, he last did that in his profile back in 2020 when Jackson turned three. In that post, he said, “My pal, my play mate, my helper, my grandson. Jackson turns 3 today! A deep and wise professional kid beyond his years!.” And, yes, like 2022, it also came the day after the celebration.

Little People Big World fans discussed on Reddit this year, that even though Matt posted a day late, no other Roloffs liked the photo. Well, back in 2020, only Caryn Chandler did that. So, it doesn’t seem unusual for him to share about Jackon’s birthday after the event. Additionally, it’s not unusual for the rest of the family to not gush over it.