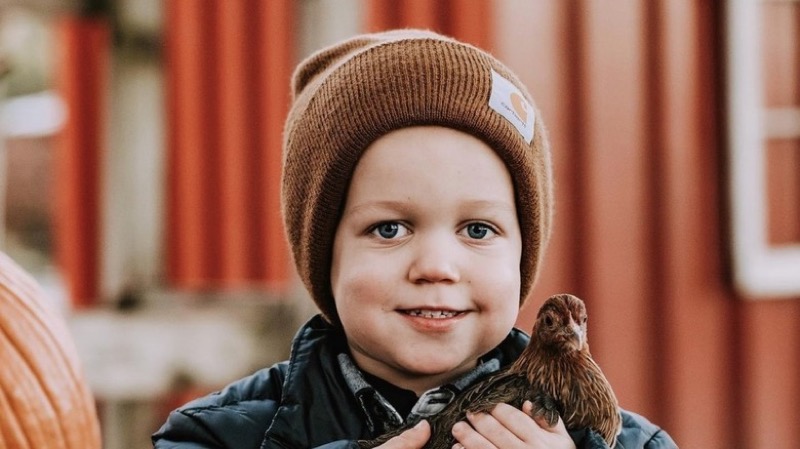 Little People Big World, (LPBW) fans who adore Jackson Roloff saw that he just turned five years old. Actually, the cute little kid becomes much more grown-up than fans see on the show. Bear in mind, that a lot of it is filmed retrospectively. In the upcoming season of the TLC show, fans will see him undergo surgery to straighten his legs. That happened back before Christmas last year. Incredibly, he seems to have matured since then and he demonstrated his passionate knowledge on his birthday.

Lots of kids want to drive tractors or trains, and Jackson already did that in real life. However, right now, he seems to nurse a passion for something else. At the age of five, he talks like any other school kid and fans note that he’d not a toddler anymore. Growing out of baby talk suddenly makes him seem a lot older. Notably, he’s polite and grateful for the good things that his life brings. In fact, on his fifth birthday, his mom commented about that.

Little People Big World fans know that Tori and Jackson celebrate their birthdays close together. So, birthday news fills her posts at the moment. Actually, when she celebrated her birthday, it was super-special as Jackson and Lilah met their little brother, Josiah for the first time. Now, the big brother enjoyed his own celebration, and Tori and Zach took him somewhere that fulfilled his major passion.

Little People Big World – The Little Kid Is So Knowledgeable

Jackson Roloff woke up on his birthday this year, and his mom told him to look out of the window. There, he saw a big “Happy Birthday” display. So, he turned around and told his parents that “you guys” are the best!” Awww! Then, the next clip showed him opening some gifts and he seemed so grateful. Tori said, “he makes it so worth it!”

Later, the family which included Zach and Lilah went to the airport. If you don’t know, Jackson is passionate about planes. In fact, he told his mom several times that he wants to be a pilot. Additionally, his grandpa, Matt Roloff made him a wooden plane to play on at the farm.

Little People Big World fans saw that Jackson Roloff was absolutely thrilled when a plane came into land. Well, as it was about to touch down, he demonstrated some remarkable knowledge.

Remarkable Knowledge For A Little Boy

Little People Big World star Jackson Roloff actually identified the airliner before it actually landed. Excitedly, he sh0uted out, “Delta!” Yep, he was completely right. His dad, Zach told him that it probably came from a big city. Perhaps the cute kid should be advertising for the airline.