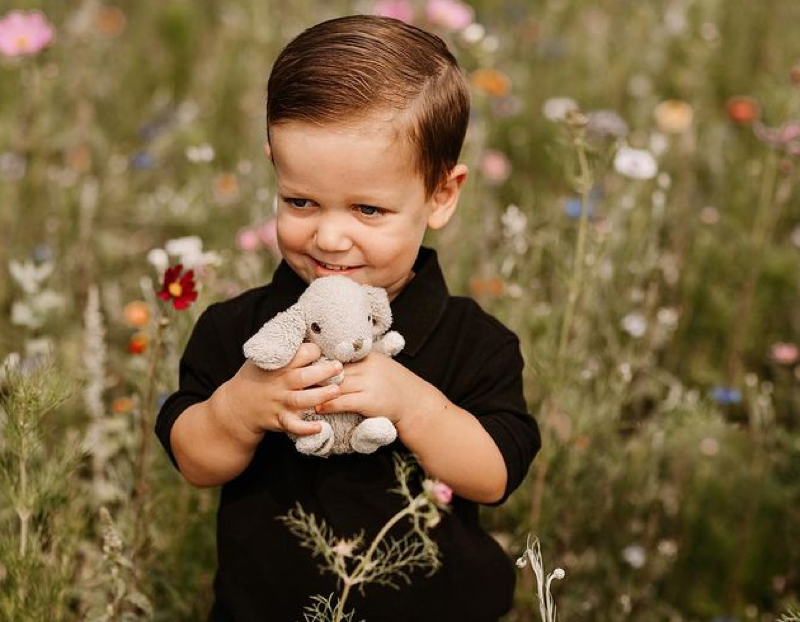 Jackson Roloff from Little People, Big World (LPBW) watched his first-ever Seakhawks game back in 2017. At the time, most fans still called him Baby J, but he’s not such a baby anymore. In fact, when he watched his team play this weekend, fans thought he looked like the cutest little fan ever.

TLC fans just never tire of Tori and Zach’s oldest child. Four years old, he simply seems cuter by the day. In fact, he’s probably the best-loved character on LPBW these days. This summer, fans saw Jackson looking like he owned Disneyland. Tori left Lilah with Zach, as she’s a bit too young, but her older brother had a blast. Lots of cute pictures emerged of him at his dream destination.

TLC fans also saw that Jackson Roloff became the ring bearer for Amy and Chris Marek’s wedding. When photos emerged, a lot of them agreed that he looked very cute. Mind you, grandma Amy coached him on what to do. At least, from leaks at the wedding, it seems that he didn’t freeze up this time. Recall, at Jacob’s wedding, he just froze! Well, he just traded in his formal wedding outfit for his Seahawks clothing and enjoyed a game despite his team losing.

Little People, Big World star, Tori took to her Instagram this weekend and revealed photos of cute Jascon at the game in Seattle. She said, “Over 600 days since fans have stepped inside this stadium.🏟” Plus, she noted it’s been “Over 3,650 days since Zach and I have stepped inside this stadium. ❤️” Perhaps she didn’t mean it’s really been 10 years, but anyway, it’s been a long time.

She added that “we got to be there!” Well, Jackson Roloff might have been sad that the Seahawks lost. Plus, other fans seemed down about it. However, he gave them something to smile about as he sat in the stadium. Tori shared about five photos of the family at the game. Three of them showed her son enjoying himself. In one, he just looked cute. In another one, he uicked into a hot dog. And, in a third one, he sat next to Zach and gave two thumbs-ups.

Fans of Jackson Roloff commented on the photos and one of them said, “He is the cutest little boy ❤️” Another fan noted, “He’s sooooo cuuute it’s the last photo for me 😍.” This comment also arrived, “He’s just the cutest kid ever!“

Meanwhile, one LPBW fan lamented, “I wish we would have seen you – great game with a sad ending – we love our Seahawks ❤️.”