The Bold and the Beautiful (B&B) spoilers and updates tease that Ridge Forrester (Thorsten Kaye) has every reason to believe that Quinn Fuller (Rena Sofer) is playing his adopted father for a fool. But she is not, which is just one of the clever aspects of B&B’s developing storyline.

But Eric’s pick of Carter to represent him was both misguided and telling. However, no one can blame Ridge for not being able to read between the lines now.

The Bold And The Beautiful Spoilers – Justin Barber’s Offer Accepted

Justin Barber (Aaron Spears) begged Ridge and Thomas Forrester (Matthew Atkinson) not to report his actions to the authorities. The Forrester’s went along with Justin’s request, which included an offer. He would indefinitely provide intel on Bill Spencer (Don Diamont). 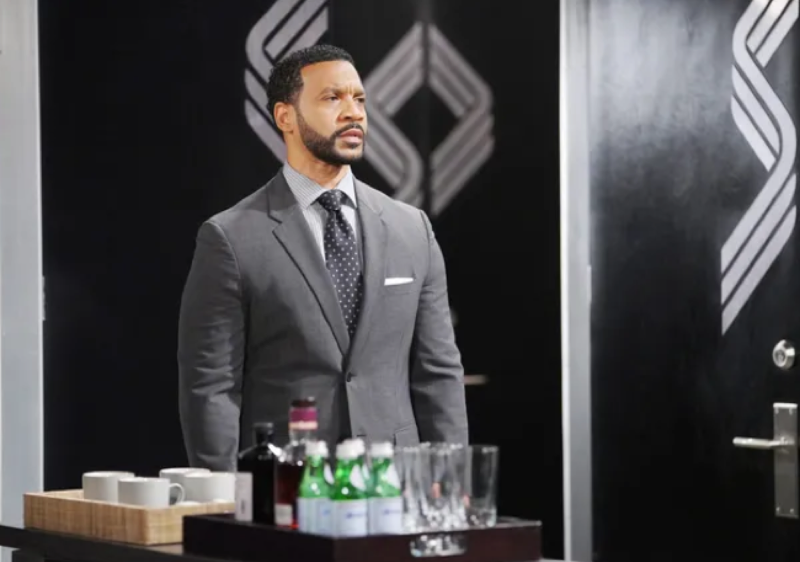 Ridge never said no. The fans knew that a follow-through was almost certain to occur the moment that scene passed.

Ridge assigns Justin to trail Quinn, in hopes of confirming duplicity. Justin is sure to make progress shortly.

The Bold And The Beautiful Updates – Is That A Quarter?

The setup projects Justin learning that Quinn and Carter are spending time together, probably at Carter’s apartment. Just that will be enough to make Justin believe that they are still together.

However, Eric, Quinn, Carter, Shauna Fulton (Denise Richards), and the fans will know that Justin’s conclusion is a misconception. His report to Ridge will naturally spark a passionate relay to Eric. Brooke is sure to be part of the assumed informant group.

This presumed scenario will put Eric in an even more awkward position.

Bold And The Beautiful Spoilers – Bill Spencer Back In Business

It would seem that this storyline can also weave Bill into it. News that Justin is working for Ridge would change that instantaneously.

Justin is dead to Bill, with the Vincent Walker (Joe LoCicero) frame distortion proving to be the end of what was a long friendship. Justin decided that Bill’s many actions justified a takeover of Spencer Publications, which included Bill and Liam Spencer (Scott Clifton) being railroaded into prison.

Having Bill’s newest enemy working for Ridge, of all people, projects to superb drama well into the future on B&B.