The Bold And The Beautiful (B&B) Spoilers: Eric Realizes What He Must Do – Quinn Caught 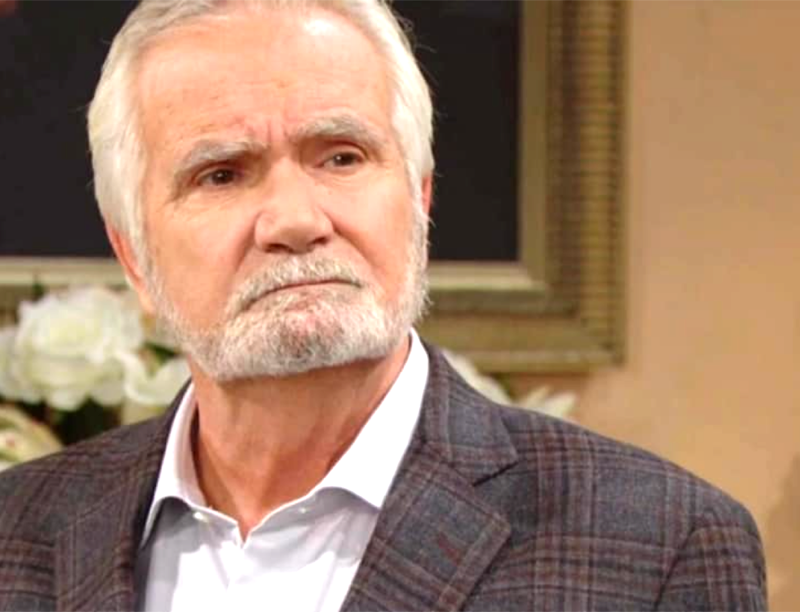 The Bold and the Beautiful (B&B) spoilers and updates tease that Eric Forrester (John McCook) overheard his wife talking with Carter Walton (Lawrence Saint-Victor). But this was not the type of eaves-dropping dialogue that will crush Queric or at least will not do so yet.

Quinn Fuller Forrester (Rena Sofer), with her full name still intact, told Carter that she missed him. Eric overheard that as he stood outside of the Forrester Creations executive office, with a double door that is often ajar.

However, Quinn told Carter that she was committed to her husband. She also said that Eric tells her that he loves her every day.

Carter fell in love with Quinn in recent months. That happened for reasons that go well beyond her highly alluring appeal. 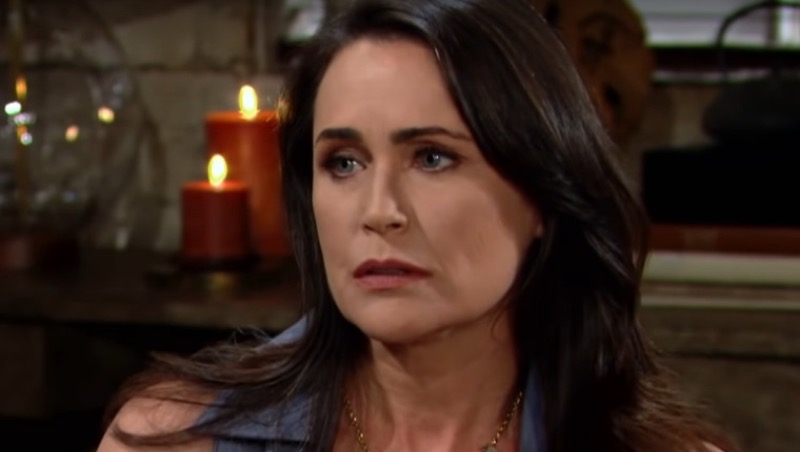 The rush proved too much for Zoe, who acted out by pursuing Zende Forrester Dominguez (Delon de Metz). While he was initially attracted to Zoe, her commitment to Carter caused Zende to back off and eventually tell Barnes’ character that they had no future together.

Carter’s awareness of Zoe’s betrayal played heavily into his willingness to become Quinn’s sounding board.

The Bold And The Beautiful Updates – Eric Forrester Trying His Best

Eric was fully conflicted coming off the breaking Bridge storyline. Unknown to Quinn and the audience, he harbored a grudge against his wife. Eric felt that her efforts to break up Ridge Forrester (Thorsten Kaye) and Brooke Logan Forrester’s (Katherine Kelly Lang) marriage was an egregious act.

The Queric separation, that Eric called for, implied that this longtime couple was done. And longtime would be an adjective that is apt when comparing this to other daytime marriages.

But, as Quinn and the audience stunningly realized, Eric hadn’t stopped loving his wife. He was dealing with a deeply personal physical problem that caused him to doubt whether he could continue to be a good husband. So, he is determined to try and make Queric work despite the doubts he has about that being possible long-term.

Many of the jabs Quinn’s enemies have taken at her through the years stemmed from legitimate errors she made. In some instances, Quinn broke laws and appeared to face no real consequences. Plus, she remained married to Eric as well.

What is clever about this storyline is that Quinn did break her vows. But she is genuinely repentant and now wants to stay with Eric, even though he gave her the option to leave voluntarily.

A simple solution would have Queric end and Quarter form. But that seems too predictable and would not represent good soap. So, fans should anticipate another unexpected turn in this fragile love story that might still be a triangle.