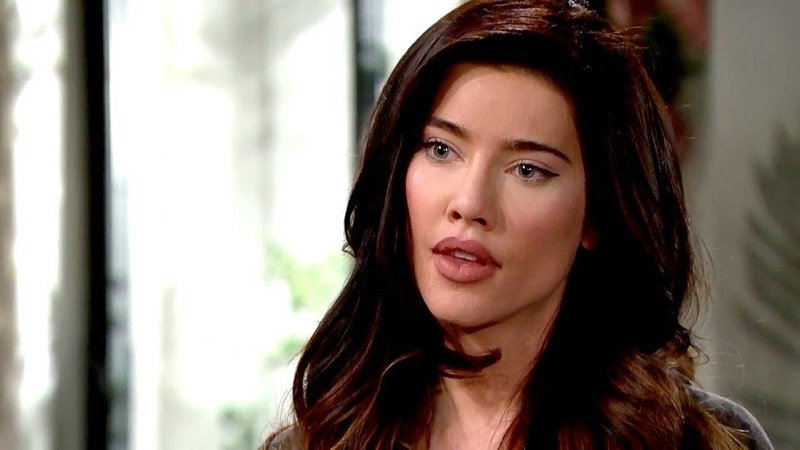 The Bold and the Beautiful (B&B) spoilers and updates tease that Steffy Forrester (Jacqueline MacInnes Wood) forcefully rejects Sheila Carter’s (Kimberlin Brown) latest ploy. John Finn Finnegan (Tanner Novlan) doesn’t have the experience to know that his birth mother is manipulating him, as Steffy is loudly telling him.

Wood, a two-time Daytime Emmy Award winner (2019 and 2021), just entered a terrific new storyline. This Sheila tale comes with a twist, as she is drawing the Forrester family into unexplored territory.

Steffy wants to award Sheila an Emmy for the collapse she pretended to have at the cliff house. Finn is clueless about Sheila’s ruse because he is caught in her devious and dangerous web.

Sheila’s actions have caused Steffy and Finn to fight. The only time that happened was when Steffy began abusing prescription painkillers. Sheila represents the accident that produces consequences now.

There is no doubt that Brown’s iconic villain will attempt to parlay the bond that Finn feels for her into a permanent wedge. Steffy could feel compelled to self-medicate if Sinn temporarily separates again or formally splits.

Finn’s genetic connection to Sheila thrusts him onto a downward trajectory. As B&B fans know, another gut-punch is also coming. 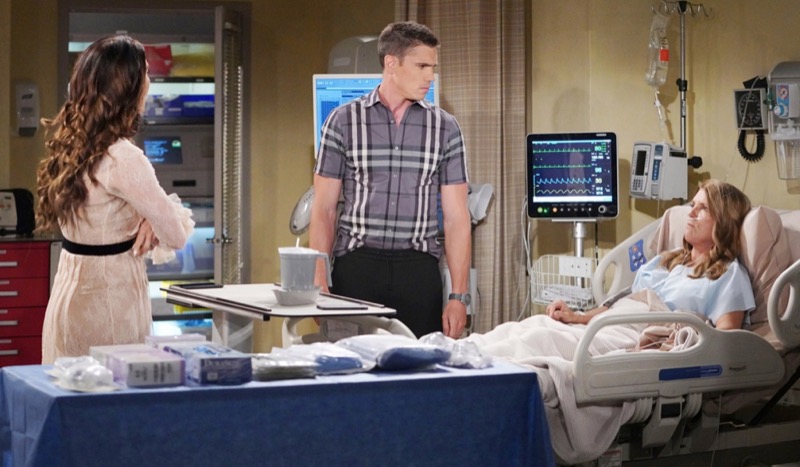 Jack Finnegan (Ted King) has yet to reveal that he lied to Li Finnegan (Naomi Matsuda) and Finn. Jack is not Finn’s adoptive father but his other biological parent.

The sense of betrayal that Finn will realize implies that he will turn to Sheila for support. That new reality will likely cause Finn to see her as a sympathetic figure, with anyone’s attacks against his mother triggering defensive responses.

Sheila sees people as weapons. While she does care for her family members, hardcore soap fans know that Sheila is not above using her supposed loved ones to accomplish an agenda.

Having Finn fight for her against Steffy is preferred. Knowing that Stephanie Forrester (Susan Flannery) is rolling over while this is happening provides an extra level of delight, as that late character was one of Sheila’s all-time greatest nemeses, along with or even eclipsed by Lauren Fenmore (Tracey Bregman).

Much destruction happened in daytime days gone by. So, might Steffy eventually feel the need to solve Sheila once and for all? Well, if Wood’s character crosses her breaking point, then yes.