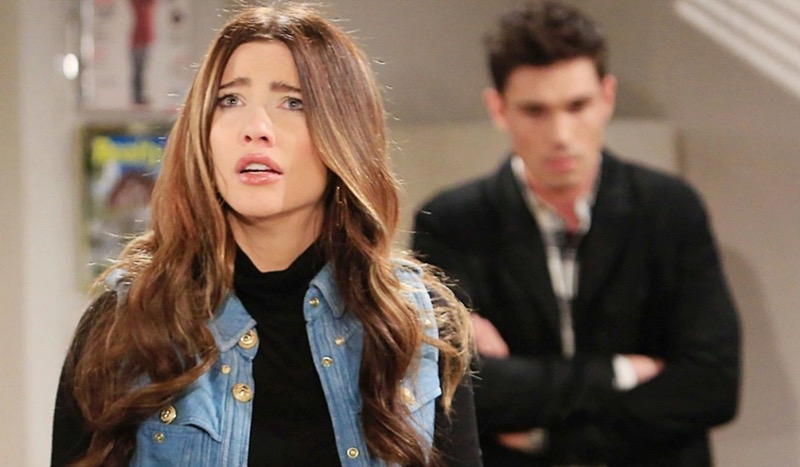 The Bold and the Beautiful (B&B) spoilers and updates tease that John Finn Finnegan (Tanner Novlan) is a victim in the intense scenario that’s escalating. Sheila Carter (Kimberlin Brown) is the problem, not Finn’s reaction to her. But Steffy Forrester Finnegan (Jacqueline MacInnes Wood) isn’t able to accept that reality at this point in the plot.

Steffy has allowed her emotions to be riled by this ex-convict. She understandably hasn’t sported a forgiving attitude where Sheila is concerned. No one blames the daughter of Taylor Hayes (Hunter Tylo), the granddaughter of Stephanie Forrester (Susan Flannery), and the step-daughter of Brooke Logan Forrester (Katherine Kelly Lang), three of Sheila’s many victims, for this stance.

Sheila’s crimes are notorious and somehow didn’t result in a life behind bars without parole. But hey, that’s the mark of compelling soap.

Teasers indicate that Steffy will tell Finn to leave the cliff house and that he will oblige. His move to the guest house will give both halves of the newly married Sinn a chance to clear the air. 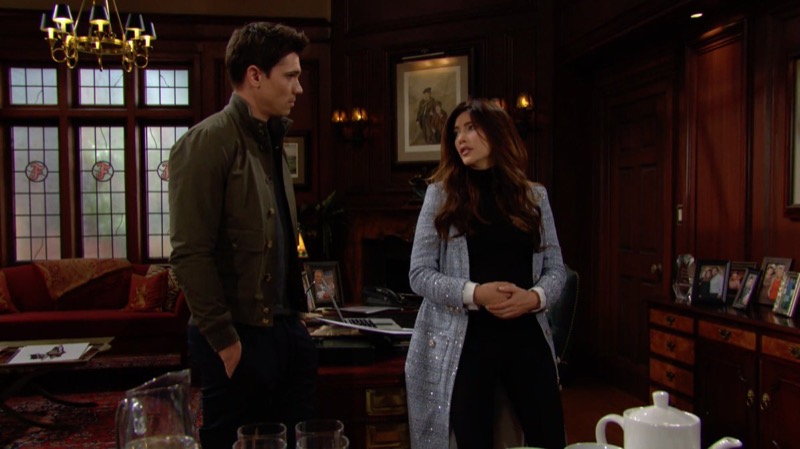 Unless the fans have been head-faked, B&B didn’t spend a year developing Sinn and create Hayes Forrester Finnegan (Samantha Worden and Piper Harriet) in order to enable a quick family split. No matter Sheila’s plans, Steffy and Finn’s love should be powerful enough to overcome heated reactions.

Jack Finnegan (Ted King) is allowing himself to be used. While it’s plausible to present King’s character as conflicted, viewers must be thinking that he will eventually admit the biological truth or take action against Sheila in some form.

It would seem reasonable to believe that Sheila will continue to pull Jack’s strings, as he’s proven to be a useful tool to date. However, Jack is clearly someone that is a family defender.

As Jack said to Finn and Li Finnegan (Naomi Matsuda), Sheila was successfully convinced to stay away from them decades ago. But she’s back now and there’s no logical reason to believe that Brown’s character will leave voluntarily.

Steffy can mine her recent past to re-center herself. She got off-course last year, which led to the pain-killer addiction.

Placing too much emphasis on believing that any decision she makes must be the right one doesn’t work in balanced family life. So, Steffy will need to see this situation for what it is.

Sheila is the enemy, not Finn. The Forrester’s and all of the Finnegan’s can unite to protect themselves and go on the offense against Sheila.

Steffy must realize that this isn’t her battle to fight alone. Sheila’s ability to cause damage will at least be lessened, if not fully blunted when Steffy does.