General Hospital (GH) spoilers and updates tease that Spencer Cassadine (Nicholas Chavez) thought he had found the perfect girlfriend in Esme Prince (Avery Kristen Pohl). Esme seems incredibly devoted to Spencer and has even helped her boyfriend stalk Ava Jerome (Maura West) in the hopes of getting Ava to break up with Spencer’s father, Nikolas Cassadine (Marcus Coloma), But there seems to be much more going on with Esme, and she was a little too willing to set Ava’s car on fire in order to provide an alibi for Spencer for as the stalker.

But when Spencer arrived in Port Charles, he met Trina Robinson (Sydney Mikayla). Spencer and Trina have hit it off as well. And Spencer neglected to tell Trina that he even had a girlfriend, so she developed a crush on the young prince. But then Esme showed up and Trina was heartbroken. But Trina already has suspicions about Esme and believes that Esme may be the Stalker all on her own. Trina doesn’t yet realize that Spencer is in on it as well, so look for Esme to use that to her advantage. If Spencer shows signs of wanting to end things with Spencer, all she has to do is threaten to reveal the truth about Spencer’s role in the stalking. But that isn’t the only warning sign.

When Spencer went to Spring Ridge Prison to visit his aunt, Alexis Davis (Nancy Lee Grahn), Esme accompanied him. But Esme was much more interested in another inmate at the low-security prison, and that would be Ryan Chamberlain (Jon Lindstrom)! 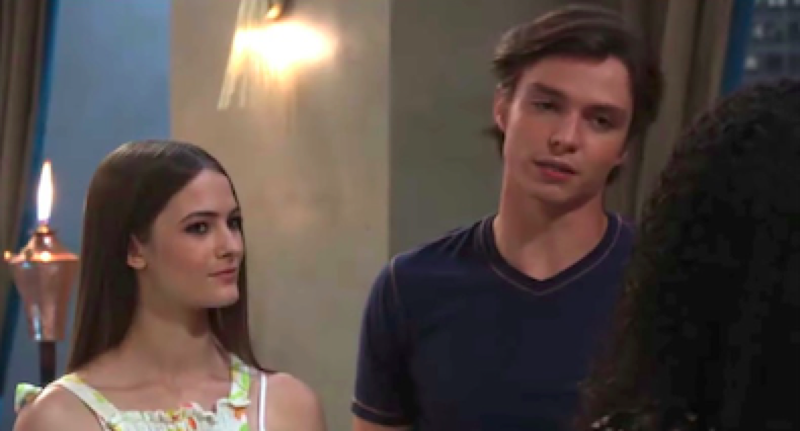 Ryan is a serial killer who is love with Ava. It wouldn’t be all that surprising if Ryan sent Esme to befriend Spencer and may have even had the young woman convince Spencer to be the Stalker in the first place! But no matter what, Esme’s interest is troubling. Perhaps there is another connection between Ryan and Esme that no one knows about.

Will Spencer try to break up with Esme so he can be with Trina? Will Esme resort to blackmail, or even worse, in order to stay with Spencer? Is Esme following some twisted plan of Ryan’s or is her interest in Ryan a sign of much bigger things? Anything can happen in Port Charles, so stay tuned to General Hospital airing weekdays on ABC. And don’t forget to check back right here regularly for all your General Hospital news, information and spoilers!