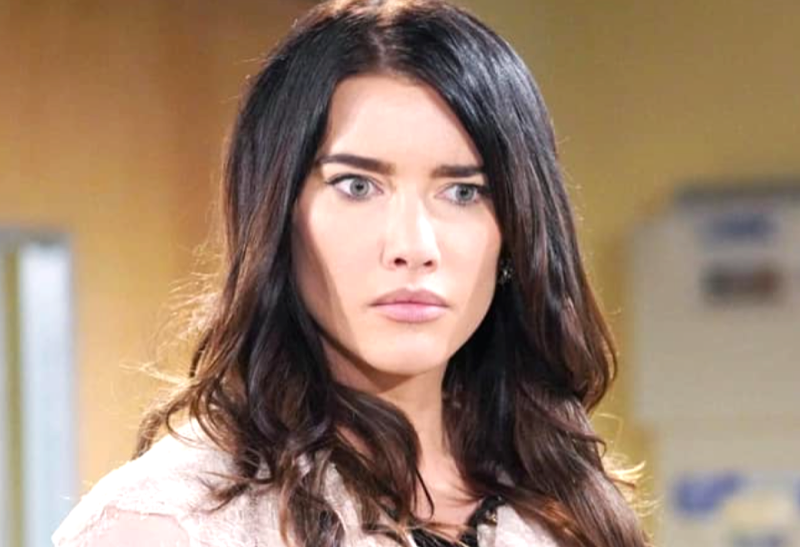 The Bold and The Beautiful (B&B) spoilers and updates tease that Jack and Sheila will soon face the wrath of Steffy scorned. She will be determined to protect her son and keep her husband’s adoptive father and birth mother from interfering in her marriage.

Steffy Forrester (Jacqueline Macinnes Wood) is desperate to save her marriage and give her son the family he deserves. She recently emphasized to her husband, John Finnegan (Tanner Novln) that his birth mom Sheila Carter (Kimberlin Brown) had faked passing out. Steffy served notice to Sheila that she does not trust her, and spoilers say Steffy will get her spouse out of the gatehouse and back into her bedroom.

The Bold And The Beautiful Updates – Sheila Carter Strikes Back

Steffy has humiliated Sheila in front of Finn by calling her a liar and also slapping her face. Steffy is ready to do battle but her mother-in-law is a psycho who will stay one step ahead and has already declared war against her son’s wife. When Steffy lashes out again, her mother-in-law will quickly strike back. 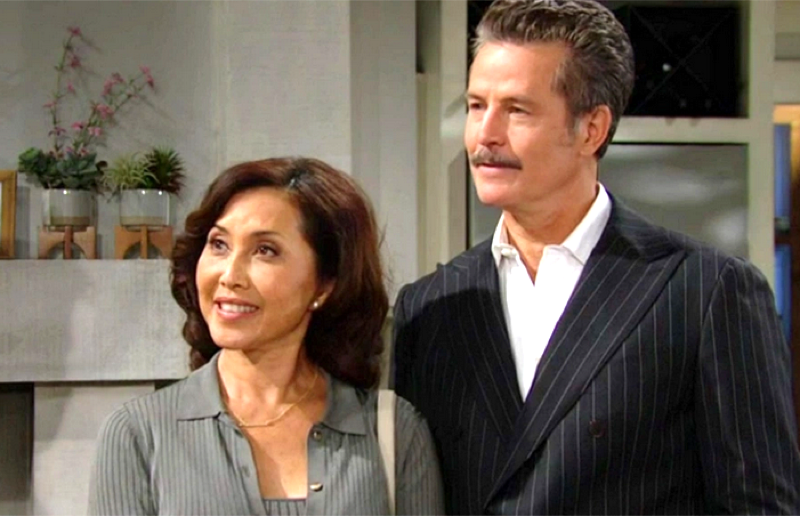 B&B spoilers tease that Steffy may find out that Jack Finnegan (Ted King) had an affair with Sheila and is her husband’s bio dad. This will be big news and probably break up Jack and Li. Steffy is angry at her father-in-law for inviting Sheila into her house and allowing her to hold Hayes. The secret could strike both of Steffy’s inlaws with one blow.

B&B Spoilers-The Fallout Will Be Huge

The fallout from this bombshell will be huge, and Finn is going to be devastated. He just found out Sheila is his birth mother and that she shot his mother-in-law Taylor Hayes (Hunter Tylo). Finn may not be able to forgive Jack for cheating on Lee and deceiving them both. This situation could play a part in Steffy’s revenge.