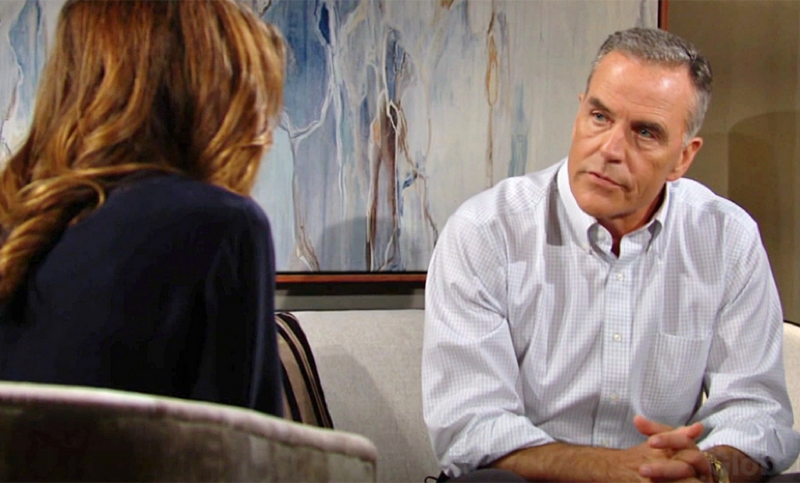 The Young and the Restless (Y&R) spoilers and updates tease that Ashland Locke (Richard Burgi) will admit that he’s been hiding something about his past from Victoria Newman (Amelia Heinle). Will he manage to convince Victoria that his intentions for her are good and real?

In upcoming scenes, Ashland will come clean that he’s hiding something from Victoria and it has something to do about his personal history. Billy Abbot (Jason Thompson) has been digging deep into his past. Billy will update Victoria about Ashland’s shady history.

He’ll point out that her fiancé has no birth certificate and that he was unable to find any record pertaining to the death of Ashland’s parents. Ashland seems like he knows he can’t hide it anymore. So, it’s better for Victoria to hear it from him, instead, and that’s why he needs to give her a good explanation.

Billy will reveal that Ashland only came to life after he meet his mysterious older female mentor named Camilla Rhodes. It seems like Camilla gave him his new persona and that’s what Ashland needs to explain to Victoria. When she learns about it, she’ll wonder how come she knew only a little about her fiancé. This revelation will cause a dent in Ashland and Victoria’s relationship ahead of their wedding. She may try to look brave at first but it’ll be obvious she feels unsettled. 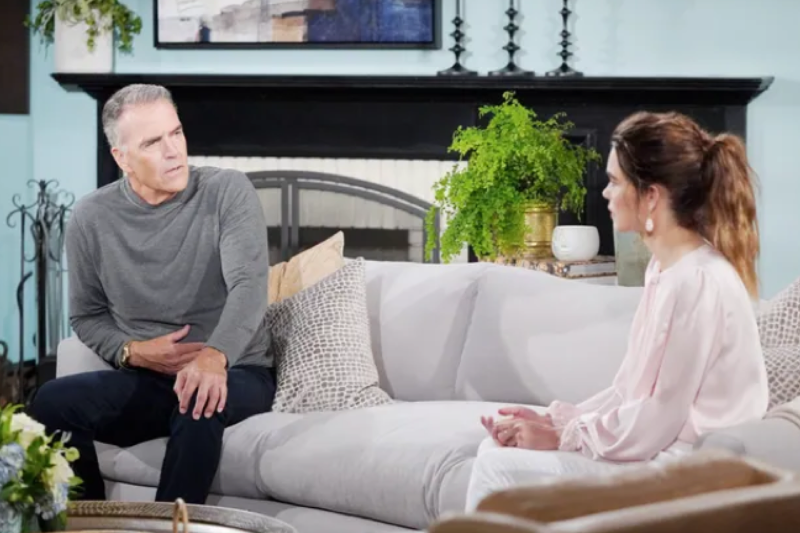 As for Billy, he’ll maintain his stand that they shouldn’t trust Ashland, despite Nikki Newman (Melody Thomas Scott) to avoid stirring up any more problems. He’ll even spread the word about what he has discovered. Victor Newman (Eric Braeden) and Nick Newman (Joshua Morrow) also want to protect Victoria from anything from Ashland’s past that may come back to haunt him and hurt her in the process.

Nick Newman (Joshua Morrow) can’t stop thinking about settling for Phyllis Summers (Michelle Stafford) after talking to Sharon Rosales (Sharon Case). Nick will even ask Jack Abbott (Peter Bergman) at Crimson Lights if he and Phyllis are a good fit. Of course, Jack will feel uncomfortable answering the question given that he’s still secretly in love with Phyllis.

The Young And The Restless Updates – Mariah Copeland Makes A Confession

Elsewhere, Mariah Copeland (Camryn Grimes) will have a serious conversation with Tessa Porter (Cait Fairbanks) at the Chancellor’s mansion. Mariah is scared that Ben “Stitch” Rayburn (Sean Carrigan) may return even with the beefed-up security. She’s concerned for her safety as well as her Dominic Newman-Abbott-Chancellor.

The Young And The Restless (Y&R) Spoilers: Victoria Convinced Love Is Lost…