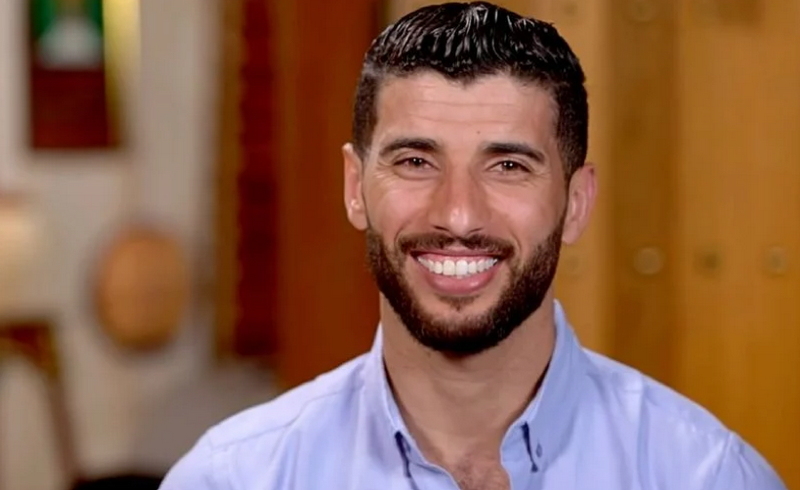 90 Day Fiancé spoilers and updates tease that fans met Aladin Jallali when Laura, much older than him, flew off to meet with her hot and hunky love interest. Actually, a lot of TLC fans wished they could meet a guy who looked like that. However, it soon ended in tears and they got divorced. For a while, fans suspected he dated a woman named Maria Talebi. Did he just hint that they tied the knot in Tunisia?

On August 10, fans of Aladin grew very excited. At the time, he shared the news that he might appear in a new TLC show or one of their spinoffs. He asked his fans, “Got an offer to do an exclusive show. Should I do it? ” Many fans loved the idea. Actually, some of them seemed really thirsty for the handsome Tunisian. To this day, fans sometimes put up their hands to marry him.

90 Day Fiancé fans wondered if Aladin Jallali dated anyone seriously after he divorced Laura. Recall, they famously split during the Tell-All. She took a lot of heat from fans for claiming she fell pregnant and suffered an ectopic pregnancy. Later, she went and stayed with Evelin Villegas and Corey in Ecuador, and caused a lot of drama for the couple. These days, she’s much quieter and seems to have gotten over her bitterness. 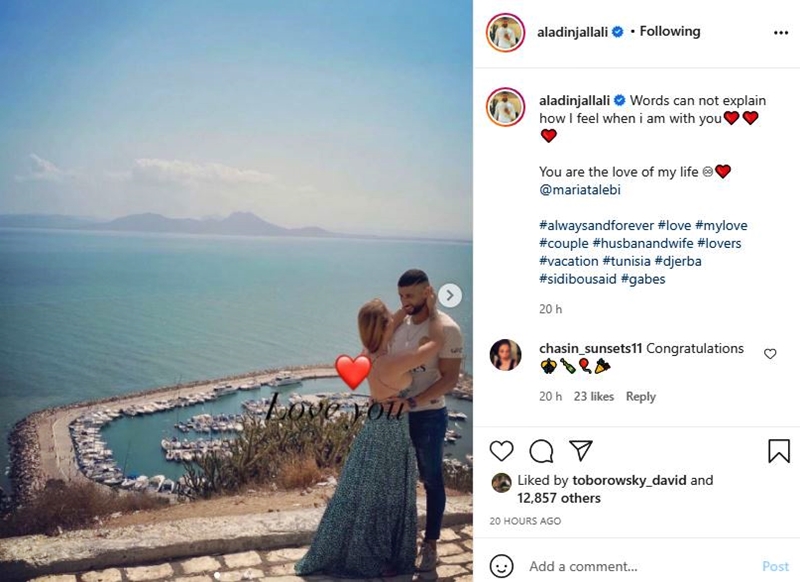 Aladin Jallali took to his Instagram on Sunday night, September 12. He shared a photo of himself with Maria Talebi. They stood high above the ocean view. Then, in another photo, he revealed that they both wore rings. In his caption, he wrote, “Words can not explain how I feel when i am with you❤️❤️❤️. Then he added, “You are the love of my life ♾❤️
@mariatalebi.”

The 90 Day Fiancé star also added the hashtags “#alwaysandforever.” “#mylove,” “#couple,” and  “#husbanandwife.” Well, a lot of fans think it means that they tied the knot. Plenty of them sent in their congratulations. Actually, Sceenrant noted that they apparently became engaged in June last year. When a TLC fan spotted a ring on his finger, he said on Instagram, “it’s my engagement ring.”

Who Is Maria Talebi?

The outlet also mentioned the woman in Aladin Jallali’s life. Nobody knows for certain, but rumors came that his “new fiancée is from Sweden and is a single mom, roughly the same age as the 90 Day Fiancé celeb, even though nothing has been verified yet.” Since fans met him on the TLC show, Aladin started and shut down a travel company. More recently, he opened a barbershop.

Be sure to catch up on everything happening with Aladin Jallali right now. Come back here often for more 90 Day Fiancé spoilers, news, and updates.