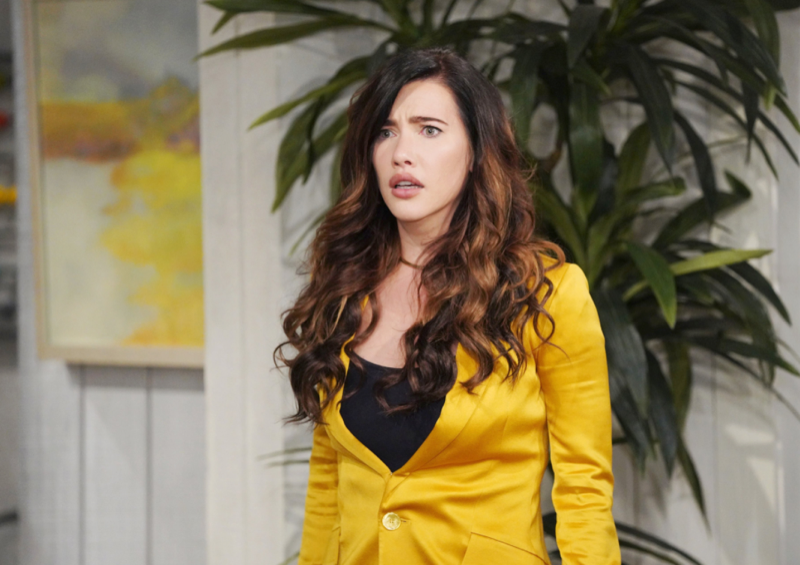 The Bold and the Beautiful (B&B) spoilers document that Steffy Forrester (Jacqueline MacInnes Wood) puts on a tough front. While she means it, Steffy’s defensive reaction shots are classic when Sheila Carter (Kimberlin Brown) suddenly appears.

Steffy is frightened of Sheila and she should be. That loon shot her grandmother, mother, and Brooke Logan Forrester (Katherine Kelly Lang). Why she is roaming free in Los Angeles, California, is part of this all-time great soap opera villain’s lore.

The Bold And The Beautiful Spoilers – Did John Finn Finnegan Miss His Mother?

John Finn Finnegan (Tanner Novlan) is a serious fan of surfboarding. He did not learn that skill from his birth mother, Sheila.

Fans were in on the wink as Finn left through the back door and headed down the path on the side of the glorious hill that this amazing house was built on. So, how did he miss Sheila when leaving? 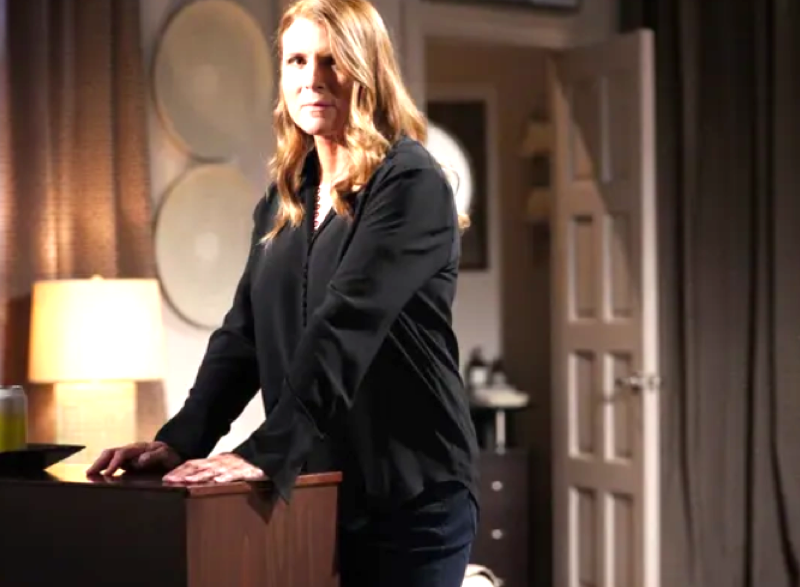 She was likely hiding, with the suspension of disbelief rolled into the daytime dough. With whatever her strategy, the intent to shock Steffy worked, as Wood’s delivery had Steffy nearly trip over the sofa she was standing in front of.

The Bold And The Beautiful Updates – Steffy Forrester Forgets Paperwork?

Steffy is not known to have filed the paperwork at the courthouse that legalizes her marriage to Finn. That is a mistake unless viewers later learn in a targeted reveal that Steffy handled this important matter. There is no doubt that Sheila will exploit that opening when, not if, she learns of it.

Hardcore soap fans see the above as a foreshadowing, assuming the Sinn marriage is not legal. It could mean that his pairing is not destined for a long-term union, which would truly be tragic.

Sheila Carter Has Nothing To Lose

How is Sheila financing her existence? Where was she living before descending on the Forrester family yet again?

Those questions, among others, can be asked. But one that does not involves Sheila’s state of mind. She feels that there is nothing to lose by aggressively pursuing a connection with Finn and Hayes Forrester Finnegan (Samantha Worden and Piper Harriet).

Steffy cannot yet force Sheila out of her life. Finn told his mother that she can not see him or Hayes. But Sheila has already forced her way in the door on more than one occasion. She will continue using all means necessary to stay inside as well.

Did Isabel Roloff and Jacob’s Baby Due Date Get Revealed?