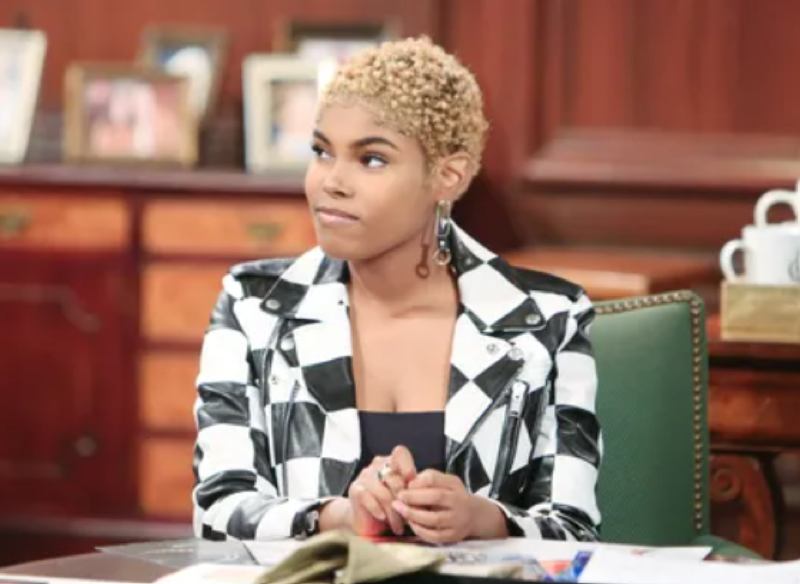 The Bold and the Beautiful (B&B) spoilers and updates tease that Paris Buckingham (Diamond White) developed feelings for John Finn Finnegan (Tanner Novlan). But unlike Quinn Fuller (Rena Sofer) in a separate storyline, Paris did not take a deep dive into a bad decision.

Paris used her free will to recognize that she was making a mistake by allowing herself to veer into dangerous territory. Her choice is honorable. Hopefully, she can maintain that stance and focus on Zende Forrester Dominguez (Delon de Metz) who is falling in love with her.

A starkly different decision was made, as Sheila Carter (Kimberlin Brown) reappeared after being specifically told not to. That naturally sets Steffy Forrester (Jacqueline MacInnes Wood) off, furthering the clash between the most important women in Finn’s life.

There have been some clever shots of Finn’s eye movements and facial expressions. But there is no conclusive proof that he thinks of Paris as anything other than Sinn’s friend.

Yes, Paris is seen as Finn and Steffy’s mutual buddy. She is also someone who they enjoyed having as a house guest. 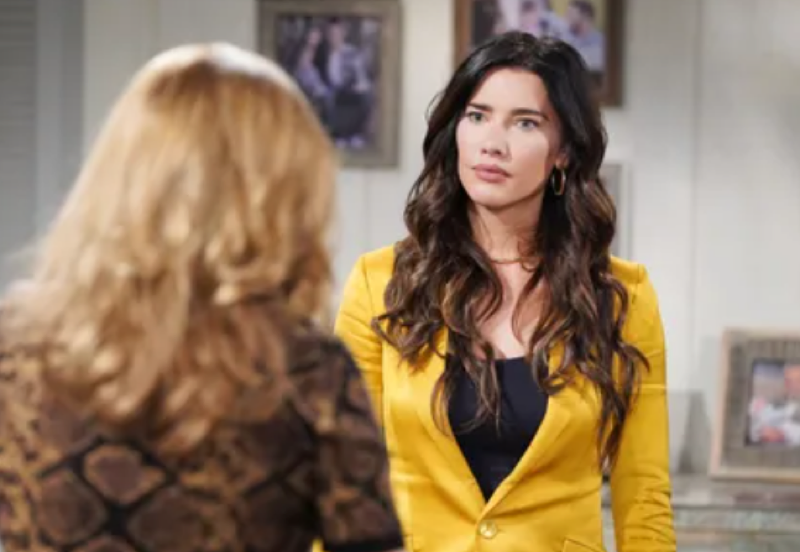 Finn is fully committed to Steffy. That has been proven by his pointed tell to Sheila. He advised they can not have a relationship and she also can not see Hayes Forrester Finnegan (Samantha Worden and Piper Harriet).

The Bold And The Beautiful Updates – Bond With Sheila Carter Unbreakable?

As of now, Sheila is tagged as the source of tension. The faked collapse, which led to a brief hospital stay, did not sway Finn’s full opinion of his birth mother. But Steffy’s strong questions and the healthy diagnosis Sheila received introduced doubt into his mind.

The Finnegan’s told Finn that he was adopted during his childhood. So, he naturally had many questions about his birth mother. Some of them were answered during the Sinn wedding reception after Sheila magically appeared to him in the Forrester guest house.

There is no doubt that Finn has an emotional tie to Sheila. It has not been fractured, despite the dramatics in recent weeks.

Steffy told Sheila in no uncertain terms to stay away from her family, which now includes Finn and Hayes. Sheila previously promised to do so but has no intentions of living by her words. No, she will do the opposite no matter the consequences for all involved.

Finn will need to see Sheila at her worst before he takes action. Steffy is super savvy, which means that she could goad her into behaving badly or worse.