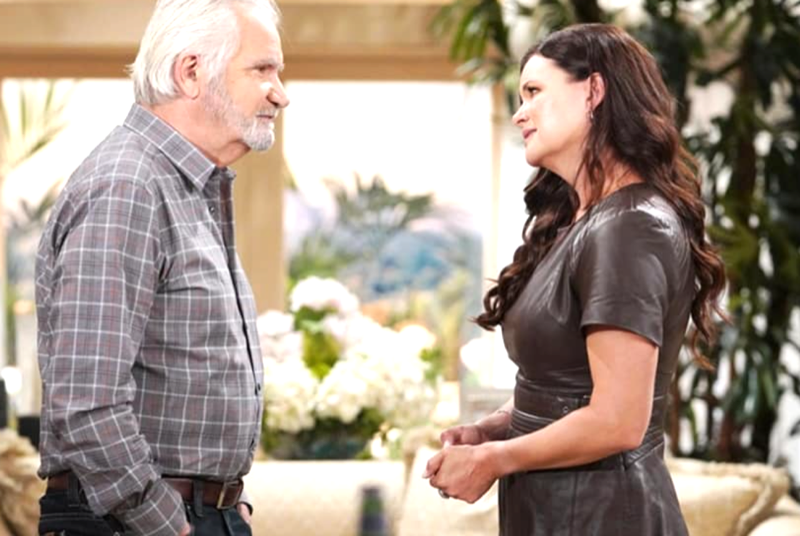 The Bold and the Beautiful (B&B) spoilers and updates tease that Donna Logan (Jennifer Gareis) was being pushed as the woman who would save Eric Forrester (John McCook) after his marriage to Quinn Fuller (Rena Sofer) falls. Despite Eric’s best intentions, the fans see that Queric can not survive this so-called arrangement he has made with Quinn and Carter Walton (Lawrence Saint-Victor).

That is why the recent appearances Katie Logan (Heather Tom) makes at the mansion are intriguing. She is purely checking in with her next-door neighbor out of concern for his well-being.

Katie and Brooke Logan Forrester (Katherine Kelly Lang) recently learned that their sister, Donna, still considers Eric to be her one and only. So, might this be a setup for a sister’s battle, rather than a pure Deric reunion?

The Bold And The Beautiful Spoilers – Eric Forrester Recognizes Mortality

Eric is desperate. He is facing his mortality, realizing that the age gap between him and Quinn finally means something significant.

People react emotionally when Eric’s advanced age is referenced, in comparison to Quinn’s. But the passage of time has created a devastating physical problem for Eric. He made a decision that he told Carter would have been unthinkable just six months ago. 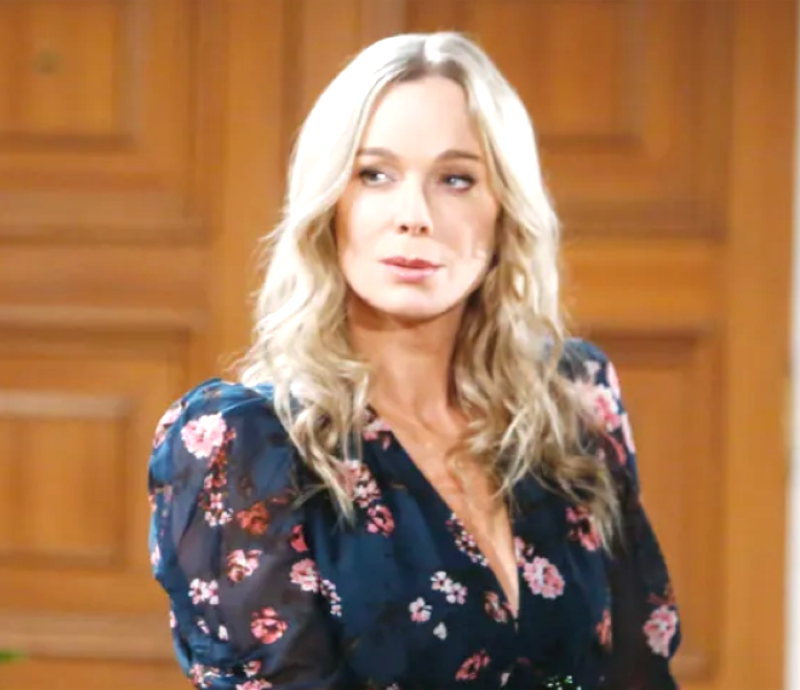 McCook and Sofer are a quarter-century apart chronologically. So, it is fair to assume that TPTB is presenting their characters at approximately the same age distance on B&B.

Quinn has fallen in love with Carter, while also maintaining that she still feels the same way about Eric as when Queric first developed. But she can not be expected to live this bizarre, dual existence indefinitely.

Eric’s ask of Quinn is too much. The escapism she and Carter are living is not based on reality. Eric is directing them in a forward-looking play where he is not a character in their future lives.

Quinn’s days on this rock are likely to stretch many decades. Her time as Eric’s soul mate can not possibly continue under this circumstance for any length of time.

Twice, within back-to-back days, Katie spoke with heartfelt sincerity to Eric. She asked him to unburden himself. But he would not do so.

It is reasonable to project a situation where Katie comforts Eric shortly. That would spark a parallel storyline to Quarter’s, where Katie is hiding her romantic connection with Eric from Donna.

While a Deric revival seems more likely, once Queric collapses, the presented alternative option would be soapier by far. So, why not write in that direction?