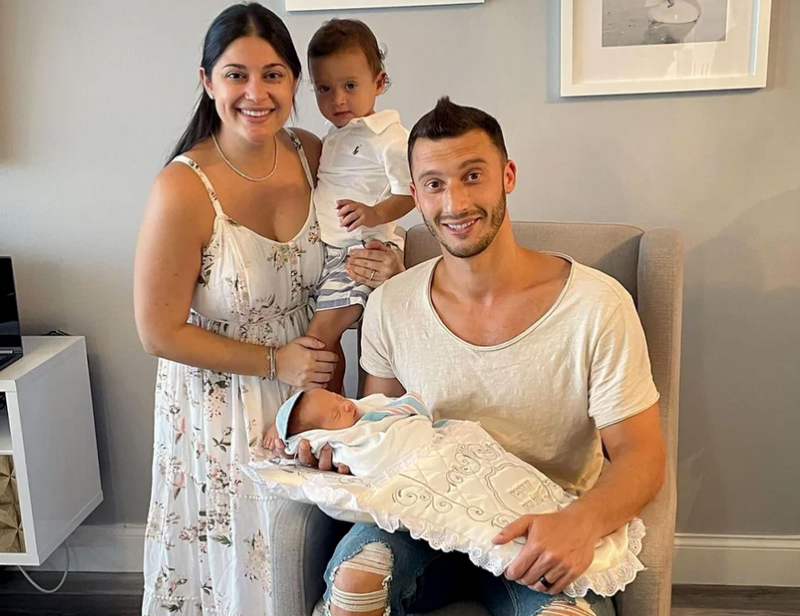 90 Day Fiancé spoilers and updates tease that Asher Brovarnik arrived in August and made Shai a big brother. 90 Day Fiancé fans already adore little Shai, and they often praise his mom and dad, Loren and Alexei for the way they raised him. Now, the new child twins with Shai and some folks think it’s a testimony to great parenting.

Ahead of Loren’s new baby’s arrival, she and Alexei called him Boten. However, that turned out to be a nickname that means “peanut.” Actually, a lot of fans thought it was his real name. All through his stay in the NICU, no other name came out. Even after they took him home, 90 Day Fiancé fans thought that was his name. Nevertheless, they later gave him his real name, Asher Noah.

With the arrival of Asher Brovarnik, TLC fans now have two adorable kids to dote on. Shai, of course, already seemed like a fan-favorite from the show and sometimes featured on Pillow Talk. Meanwhile, Alexei seems blissfully happy as a dad. In fact, Loren and Alexei take care to take some time for themselves, much like the Busbys from OutDaughtered. These days, fans agree that both sets of stars set parenting goals.

90 Day Fiancé star Loren took to her Instagram and shared two photos. One of them showed Shai as a tiny baby. Then the other one revealed Asher at the same age. Grabbing the photos, @90dayfianceupdate on Instagram shared them with TLC fans. They wrote a caption that said, “Loren compares babies at [the] same age.”

Asher Brovarnik and Shai and their mom and dad also came in an additional note that read, “Shai on left and baby Asher on right. Those smiles say a lot, (sic) about Loren and Alexei as parents. 😍😍🙏🙏.” Immediately, many fans commented that the two kids could actually be twins. What caught their attention, is that both of the little kids wore the same satisfied and happy smile!

Commenting on Asher Brovarnik and his brother, one fan wrote, “So happy for you!! You deserve it! ❤️☺️😍🙏🏼.” Then another fan commented, “So Precious! Many blessings!
Great couple and beautiful babies! 🥰 🥳🍾.”

While a lot of fans agreed the two kids looked very similar, one happy fan noted, “Oh my gosh !!!! Identical twins 👬.” Well, many fans agree that Shai looks like his dad’s twin.

Perhaps they’ll only be able to tell Asher part from his brother because he’s a bit younger than Shai. One thing is for sure, these kids are both likely to have many adoring fans for many years to come.

Be sure to catch up on everything happening with the cast of the TLC franchise right now. Come back here often for more 90 Day Fiancé spoilers, news, and updates.