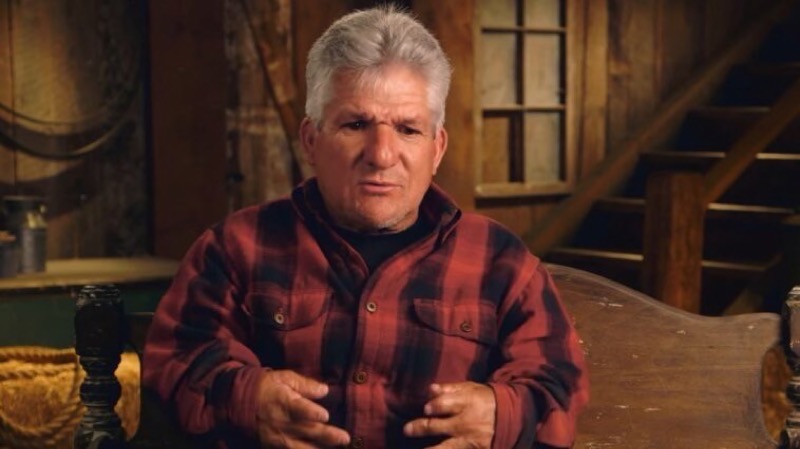 Little People Big Word (LPBW) spoilers revealed that Zach and Tori fell out with his dad Matt Roloff and they moved to Washington. This week, Matt revealed an old clip of his grandson, Jackson. Was he telling TLC fans how much he misses his first grandson? Going back on his Instagram, at one stage he loved sharing their outings together.

On September 24, Matt took to his Instagram and shared a clip of himself on the farm. In it, a toddler stood next to the mule and then ran around the front and climbed up to be with his grandfather. One fan asked if it was Mateo. However, those who follow the family, know that Mateo, the son of Jacob and Isabel is way too young to run anywhere. Those in the know realized that it was Jackson, and the clip was taken when he was much younger than he is now.

LPBW spoilers revealed that there was so much bad feeling between Matt and Zach, that it seemed he might even miss Jackson’s birthday this year. As his birthday post came a day late, TLC fans had already declared that Matt Roloff snubbed his grandson’s birthday. But he didn’t and probably, he never will. The two guys formed a very special bond a  long time ago. Actually, it might break his heart that he doesn’t see as much of Jackson as he used to.

In his video clip this week, Matt seemed to suggest that he misses Jackson very much indeed. That’s because he played the song “September” by Earth Wind and Fire. If you don’t know, some of the lyrics talk about how “golden dreams were shiny days.”Additionally, it talks retrospectively about “how we knew love was here to stay.” Well, the love remains, but Jackson lives far away now, and can’t just pop over for a ride with granddad any time he feels like it.

LPBW fans who love Jackson and his relationship with Matt Roloff might feel like tearing up. Meanwhile, the possibility exists that critics just point fingers and think he brought it on himself. Recall, Matt turned down Zach and Tori’s offer to buy the portion of the farm that Amy owned. So, they got fed up and bought their own place in Washington. You probably recall that Jackson blurted out to Caryn about the move. But, the show didn’t reveal Matt’s heartbreak. And, we’re willing to bet that he did feel some of that.

The LPBW star posted countless videos and photos of himself with Jackson over the years. Here’s a bunch of screenshots that we borrowed from Matt Roloff’s Instagram that reveal much happier days