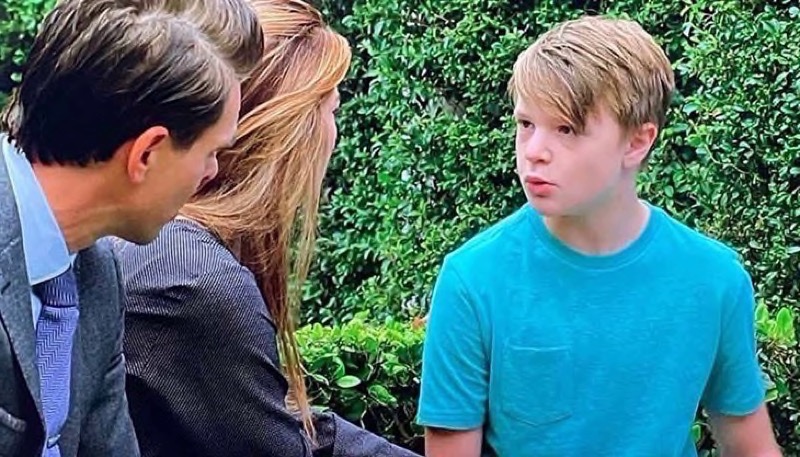 The Young and the Restless (Y&R) spoilers document that Johnny Abbott (Paxton Mishkind) is teased to react badly when learning that Chelsea Lawson (Melissa Claire Egan) is his real mother. Real is a subjective term, as Victoria Newman (Amelia Heinle) is the only mother he has ever known.

Billy Abbott (Jason Thompson) told Chelsea that he and Victoria have never lied to Johnny. He has known for a while that Victoria is not his biological mother.

While the boy has not been curious about who gave birth to him, Chelsea recently decided that he needed to know the truth. Billy felt the issue needed to be handled carefully and only with Victoria’s decisive input.

The Young And The Restless Spoilers – Victor Newman Created This Issue

A long time ago in Genoa City, Wisconsin, Victor Newman (Eric Braeden) decided that he wanted Billy out of Victoria’s life. So, he hired a con artist whose name is Chelsea.

Egan’s character debuted in 2011. She was introduced as the woman Victor paid to trap Billy, who was in Burma at that time in the plot.

Billy was targeted by the appealing Chelsea, and they had a child. Chelsea ceded control of Johnny to Billy, with Victoria legally adopting him. Only rare mentions have ever been made about this connection since.

Victoria is coming off a horrific marriage. Her union with Ashland Locke (Robert Newman) was one for the record books.

In a short amount of time, she fell in love with him, agreed to merge his company with Newman Enterprises, accomplished that in what seemed like weeks, married him, learned he was lying about cancer, baited him into exiting Newman-Locke and annulling their marriage. Ashland’s accidental death produced intense drama that was eventually discounted by Chance Chancellor (Conner Floyd). 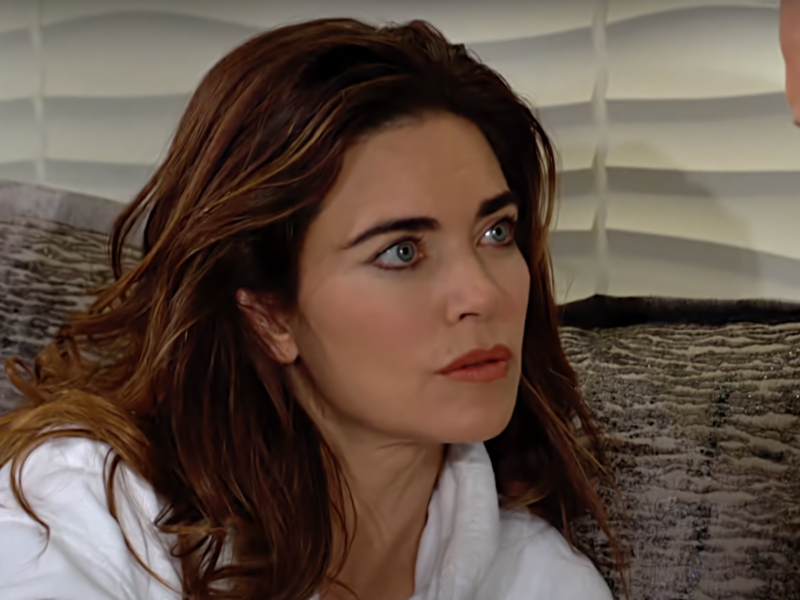 Heinle’s character settled her business mind and is attempting to seize Chancellor Winters by using Nate Hastings (Sean Dominic). Now, the Johnny issue arises. It is a distraction she did not seek or need.

Adam Newman (Mark Grossman) has no love for his father or older sister. He will be in on the Johnny development because it relates to Connor Newman (Judah Mackey).

Chelsea will be thrown by Johnny’s initial opposition to the birth mother reveal. It follows that Adam, being spurned by Sally Spectra (Courtney Hope) and seeing Chelsea treated roughly by Victor and Victoria, will be ripe to rescue Connor’s mother on Y&R.

The Bold And The Beautiful (B&B) Spoilers: Thomas Is Losing It, Will He Go After Brooke