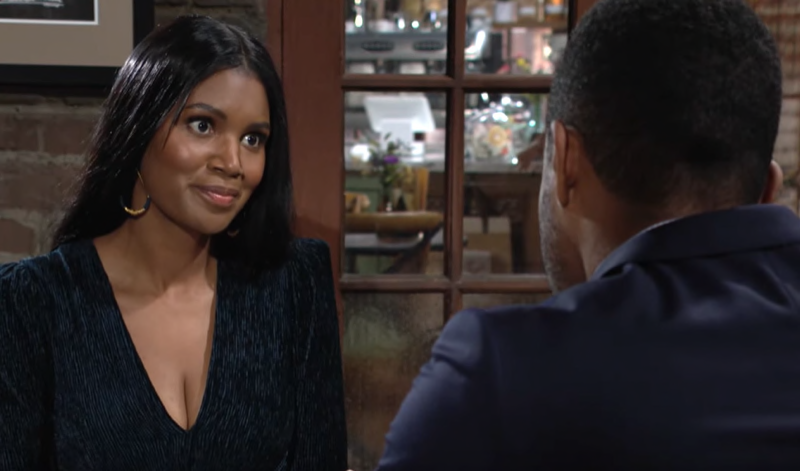 The Young and the Restless (Y&R) spoilers document that Nate Hastings (Sean Dominic) continues to follow what Imani Benedict (currently played by Leigh Ann Rose’s stand-in, Denise Boutte) encourages him to do. While she initially appeared to be manipulating him by stroking his ego, it now seems that Nate has revealed his similar aggressive traits.

Elena Dawson (Brytni Sarpy) made a mistake when she started a relationship with Nate at New Hope. But everyone who knows Elena, including Devon Hamilton (Bryton James), understands that Elena is not a self-promoter. She got caught up in a personal situation during a period when Amanda Sinclair (Mishael Morgan) suddenly appeared in Genoa City, Wisconsin.

Imani is nothing like her sister. It now appears that Nate is very similar to Imani.

The Young And The Restless Spoilers – Elena Dawson Was In Love?

Elena appeared to be in love with Devon. They formed a wonderful pairing following Hilary Hamilton’s (Morgan) sad death and the death of Devon and Hilary’s expectant child days before Hilary’s passing.

But Devon and Elena never formalized their relationship. That may have reflected Devon’s need to let more time pass before he moved on from his wife. As for Elena, she feared that Amanda’s identical twin status meant she was destined to be with Devon.

Whether Devon and Amanda would have gotten together if Elena and Nate did not become a couple is a moot plot point. It is hard to know how deeply in love Elena was with Devon. But she definitely cared for him and still does.

The Young And The Restless Updates – Nate Hastings Dealing With Consequences

Devon’s violent response to Elena’s romantic switch caused Nate’s career to end suddenly. Nate’s vocation is a specific form of applied medicine. He is a surgeon.

But the injury suffered when Devon punched him in the face, and he fell, damaging one of his hands, meaning that his surgical career was likely over. Of course, this is soap. So, Nate could magically heal or submit to a radical form of new surgery that restores his functionality.

In the meantime, Nate has been forced to pursue other career options. He apparently did not seek disability payments, or they are not enough for him to sustain the lifestyle he was used to living. That is why he took the job at his family’s newly formed business. 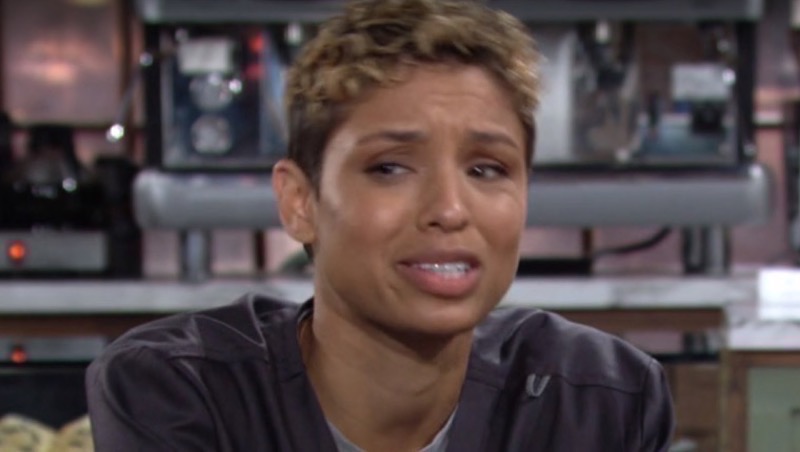 Imani Benedict Also Does Not Care

Nate did not care that his cousin Devon was involved with Elena. He went after and is with Elena.

Imani does not care that Nate is involved with Elena. She is going after and intends to get Nate.

The Young And The Restless (Y&R) Spoilers: Nick And Sally Take Things To The Sex Couch

Nate and Imani are alike. Their personalities might mesh, clash or experience a bit of both if a romance sparks, which seems increasingly probable on Y&R.