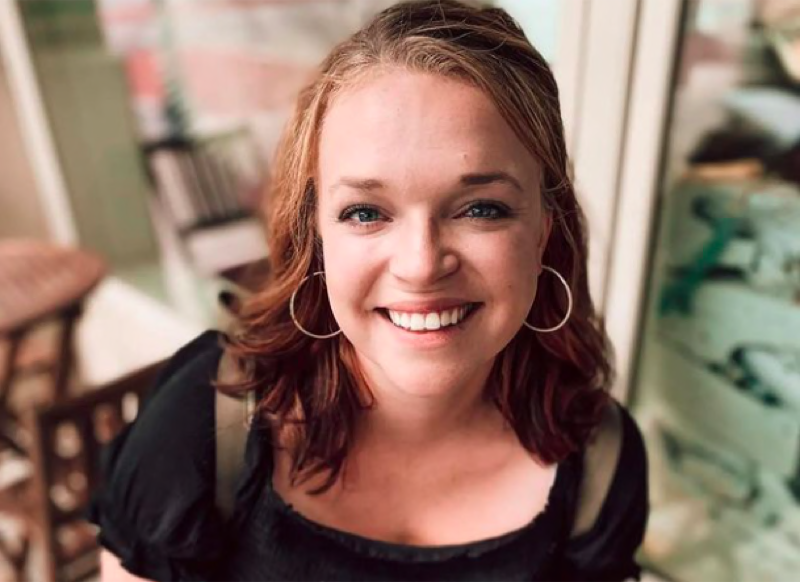 Sister Wives spoilers reveal that Maddie Brown Brush is pregnant with her third child. Meanwhile, her half-sister, Mykelti Padron expects twins! Between the two offspring of Kody Brown, they will soon welcome six grandbabies into the family.  This week, Caleb’s wife talked about her anatomy scan and that made her recall the time they found out that Evie-K would face challenges in her life.

The news that Maddie expects another child came soon after the announcement that Mykelti expects twins. interestingly, Mykelti doesn’t know the gender of her twins, but she does know that they will be fraternal. In other words, they won’t be identical. Of course, her mom, Christine Brown is delighted and she’ll be around to lend a helping hand with Avalon and her new siblings. Certainly, it’s all happening with grandbabies after years of Maddie producing the only ones.

Sister Wives fans know very well, that when Axel was born, Maddie went through a torrid delivery. Meanwhile, his little sister, Evie-K was born with FATCO syndrome. So, she faced a lot of challenges as she was missing some digits and an important piece of bone from her one leg. At the age of one, Evie-K underwent a Boyd amputation so she could walk around on a false foot. Naturally, Maddie felt a bit uneasy that her third child might also arrive with a similar condition as Evie-K.

When Maddie shared a photo of her baby bump on Tuesday this week, she spoke about the scan that revealed Evie-K had some missing digits. In her caption, she wrote, “18 weeks and some change! 💛🤰🏻” Then she talked about her
“weird day,” adding that it’s “a big one.” Next, she told her TLC fans, “Today is anatomy scan day! 🥳” Recalling the time she heard about Evie-K’s challenges, she added, “Nothing quite like the news that your baby won’t have all her fingers, toes, and maybe more to change your excitement [for] anatomy scans. 😂”

The Sister Wives star explained that unsurprisingly, the previous scan with Evie-K left her with “so many questions.” While she felt a bit nervous about getting her scan done for her third child, she wished that she could go back in time and hug the mom that she was back then. She wished that she why could tell her old self not to worry because her daughter would come out of the “womb smiling and [be] a healthy spitfire!”

Sister Wives fans seem happy for Maddie Brown Brush because this pregnancy seems to go well for her. She talked about not really craving much apart from “tacos.” Fortunately, this time, she isn’t suffering from that dreadful “heartburn” either. So far, so good, it seems that morning sickness isn’t a big issue. In fact, she said that she feels “at a loss,” as this is “such a different pregnancy than the last two.”