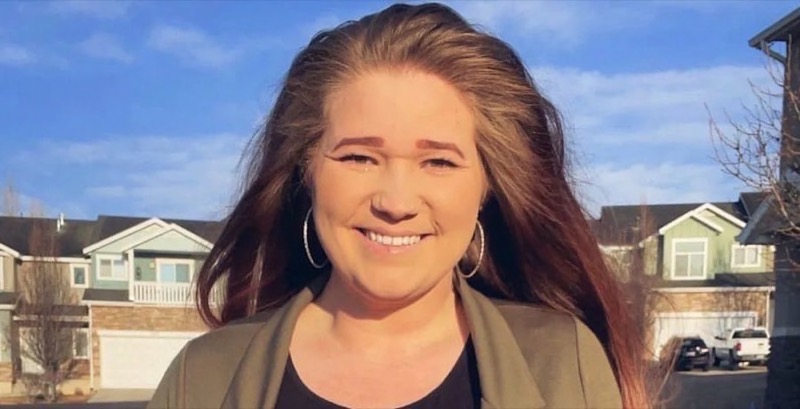 Sister Wives fans were thrilled for Christine Brown when Mykelti Padron and her husband Tony welcomed Avalon. These days, Kody’s ex spends a lot of time with her grandchild in Utah. However, the news arrived that Mykelti expects more babies. She will welcome twins, which got her mom very excited. In fact, that means that she brings more grandkids to the family than her half-sister, Maddie Brown Brush.

For a long time, only Axel and Evie-K were grandchildren in Kody’s family. However, his daughter Mykelti changed that when little Avalon arrived. Of course, Christine adores Axel and Evie, but Avalon was the first one in her direct bloodline. So, TLC fans don’t blame her for being besotted over the new arrival. Now that Avalon is a toddler, she spends a lot of time with her as they all live in Salt Lake City.

Most Sister Wives viewers are aware that Christine left Kody and relocated to Utah. Truly went along with her, and often, they see photos of her youngest daughter enjoying the company of her niece. Paedon also loves spending time with Avalon. So, expect to see plenty more photos of the family when the twins arrive. Now, Mykelti shared some interesting news about the twins.

Sister Wives – News About The Twins

Mykelti Padron doesn’t know the gender of her twins, but TV Shows Ace reported that she does know something else about them. The outlet noticed that in her Instagram Stories, the expectant mom “and Tony learned pretty early on that they were having fraternal twins.” Of course, you have met other TLC kids who were fraternal twins. Those are the Bubsy quints from OutDaughtered. However, it should be noted that Ava and Olivia are also identical twins.

If the twins in the Sister Wives’ family are fraternal, what does that mean? According to the National Human Genome Research Institute, “Fraternal twins (also called dizygotic twins) result from the fertilization of two separate eggs with two different sperm during the same pregnancy.” Meanwhile, identical twins are “identical twins (or monozygotic twins) that result from the fertilization of a single egg by a single sperm, with the fertilized egg then splitting into two. ”

Can Fraternal Twins Be Either Sex?

Sister Wives star Mykelti Padron could produce fraternal twins that are of two different genders. The website notes that only identical twins are guaranteed to be of the same sex. So, there’s a possibility that Mykleti could have a boy and a girl, or even two boys or two girls, but it’s not likely that they will look identical.