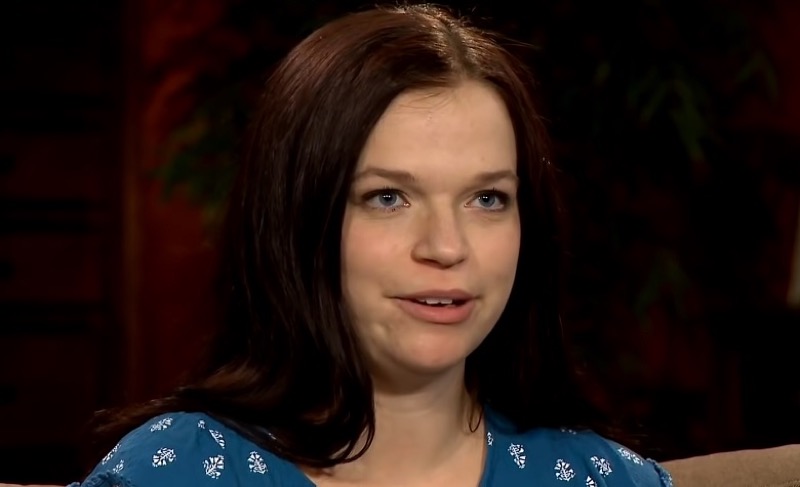 Sister Wives fans see a sweet but strong personality emerging in young Evie-K, the second child of Maddie Brown Brush. Her parents don’t make a big to-do about her physical challenges because it’s pointless wailing forever about her missing foot. That came when they made the difficult decision to have a Boyd amputation at the age of one. The cute kid was unfortunately born with FATCO, so she was missing some bones and digits. Well, her adversity seems to have made her a very determined child. So, she insists her mom participates in her favorite activity this summer.

Apart from being very pretty, TLC fans like Evie-K because she seems to take life with both hands and have a blast. Always smiling and excited about her day, she fills her mom with gratitude and laughter. According to her mom, nobody gets quite as excited as her daughter at the thought of “mac and cheese for lunch! 😂🧀 😘” She’s also developed very strong opinions on what clothes her mom should buy for her.

The Sister Wives star sent both of the kids to school and Evie took to it. Actually, Maddie Brown Brush is a great homemaker, fans think. Additionally, she also studies, so getting some time to work undisturbed is probably a good thing. Although Evie-K is only at school for a few hours a day, just like any other kid, she enjoys the break from the classroom during the summer. So, she decided on her favorite activity. And, she makes sure that her mom is involved in it as well.

Sister Wives Star Enjoys being A Home-Maker In Summer

This summer, Maddie sets about loving life as a homemaker. Their new house is still being renovated, but they seem very settled in now. Down to the last of the restoration work, Maddie started baking her own bread and she seems thrilled with the results. Meanwhile, Evie-K insists she makes time for her in the mornings. So, while her mom sips coffee, Evie sips her warm milk and they watch a movie together every morning.

Sister Wives fans know that Axel isn’t forgotten either, and recently, Maddie Brown Brush shared a photo on Instagram of her son. Back in the kitchen, she cooked breakfast and Axel helped her pour out the batter for the waffles. Using the hashtag #familytime, Maddie seems fully into her choice of lifestyle with her husband Caleb.

What Do You Think Of Evie’s Favorite Summer Activity?

Like the little Sister Wives starlet, do your kids enjoy pretending to drink coffee while they watch a movie in the morning? Or, are your kids a bit like Axel, who seems to love being outdoors all the time? Sound off in the comments below.