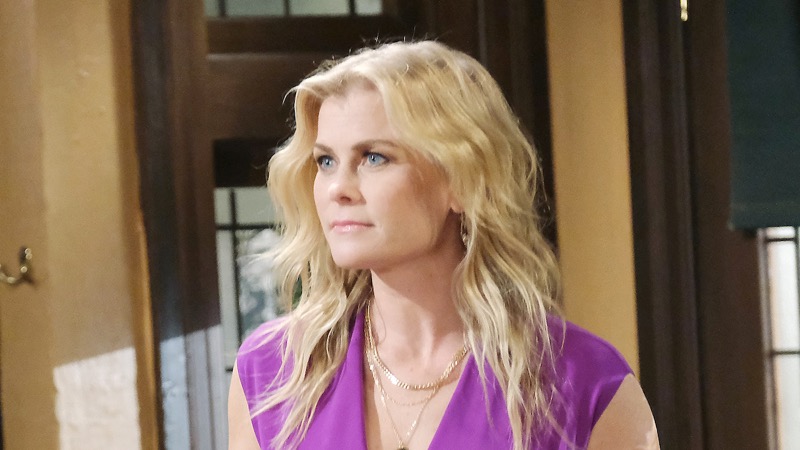 Days of Our Lives (DOOL) spoilers and updates tease that until EJ DiMera (Dan Feuerriegel) was arrested for kidnapping Sami Brady (Allison Sweeney), Sami was determined to get EJ to not only forgive her but to give their marriage another chance. EJ wanted nothing to do with Sami after finding out she had slept with Lucas and tried to keep it secret. Not long after that, Sami disappeared. She was held captive for many months before she was finally able to steal a guard’s cell phone. She reached Lucas who was able to track the phone and rescued her!

Days Of Our Lives Spoilers – EJ DiMera Was Framed!

EJ actually had nothing to do with Sami’s disappearance. A guilty Lucas finally admitted to his mother, Kate Roberts (Lauren Koslow) that he was the one who had Sami kidnapped so she wouldn’t be able to reconcile with EJ. Lucas and Kate formulated a plan to falsify evidence on EJ’s computer at DiMera Enterprises that implicated EJ in the crime. The plan worked even though they had to get Chad DiMera (Billy Flynn) to go along with the frame job after he caught them planting the evidence! EJ was arrested and eventually sent to jail until Belle Black (Martha Madison) was able to prove EJ was framed.

But even before EJ went to trial, Sami finally accepted that if EJ could kidnap her and keep her prisoner for months on end, she didn’t want him anymore. Sami told Lucas that she finally realized that he was the man she loved. Sami then told an ecstatic Lucas that they needed to be anywhere but Salem. So, while EJ was in prison for the crime Lucas committed, Lucas and Sami left Salem to start their life together. Lucas finally returned to Salem alone, claiming that Sami had broken her leg and was unable to travel at the moment. But Lucas’ actions will soon come out and he may very well go to jail himself. 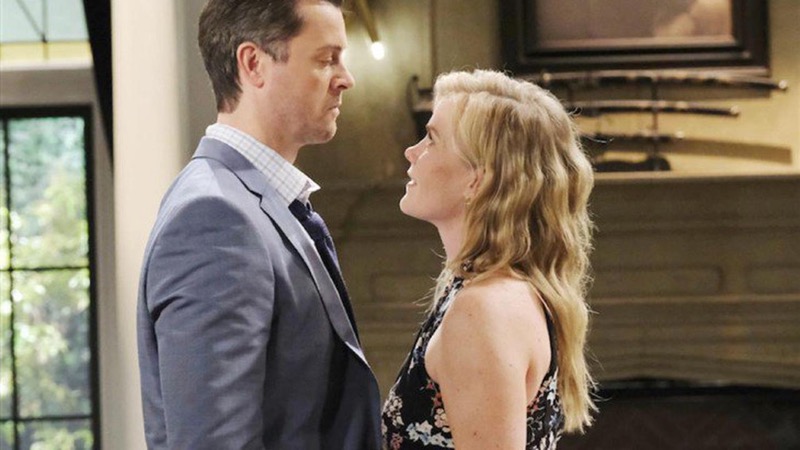 Days of Our Lives Spoilers – Sami Brady Will Direct Her Fury At Lucas Horton!

Sami will likely find out what Lucas does while she’s still unable to travel. But the moment she is able to get on a plane, Sami will want to rush home to not only direct her fury at Lucas, but she will once again go to any lengths to get EJ back, especially because they aren’t divorced yet. But Sami has no idea that her younger sister Belle is having marital issues with Shawn Douglas Brady (Brandon Beemer) and has been growing more attracted to EJ every day. They have already kissed and it seems like it is just a matter of time before they sleep together. Sami will be appalled that her husband is sleeping with her younger sister. Sami and Belle have issues for most of Belle’s life. Belle in particular has never forgotten that when she was a baby Sami actually sold her on the black market. Look for both sisters to get nasty with one another and this time they may say things they can never come back from regardless of who end up with EJ.

Days Of Our Lives (DOOL) Characters Who Need To Return: Theresa Donovan

How long will it be until Sami comes home? Will she cut all ties with Lucas? Will renewed determination to get EJ’s forgiveness to be halted by Belle and EJ’s sexual relationship? Anything can happen in Salem so stay tuned to Days of Our Lives airing weekdays on NBC. And don’t forget to check back right here regularly for all your Days of Our Lives news, information, and spoilers!

The Bold And The Beautiful (B&B) Spoilers: Quinn Closer To The Truth – Eric Done With Donna?